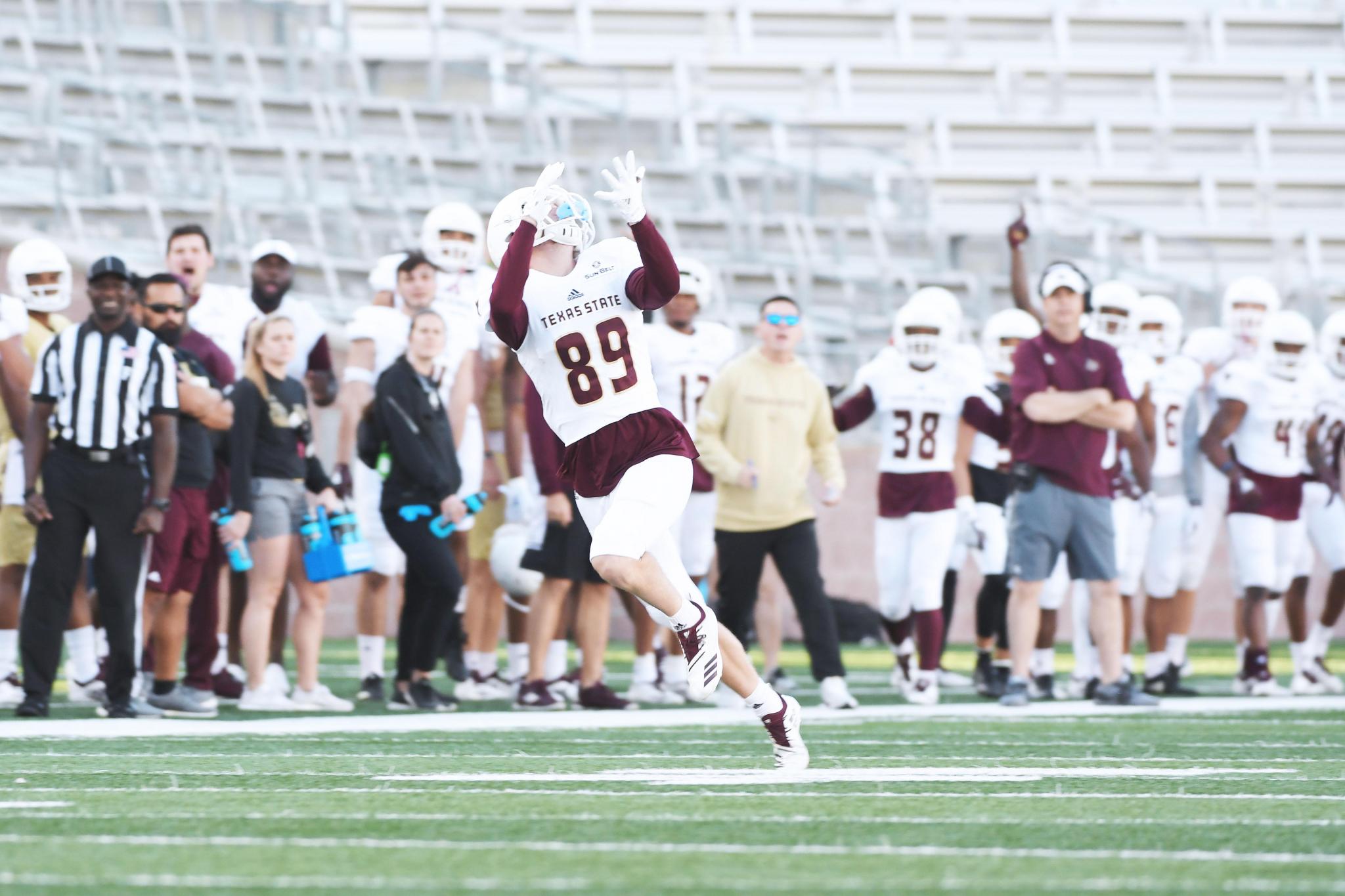 Countdown to Kickoff: Texas State seeks first win against Louisiana on the road

Head coach Billy Napier couldn’t have had a much better finish to the regular season.

The Louisiana first-year head coach led the Ragin’ Cajuns to six wins in the final eight games on their schedule, including a 42-27 victory over Texas State inside Bobcat Stadium on Oct. 6, 2018 (Texas State trails the all-time series, 6-0). They claimed a spot in the Sun Belt Conference championship game with a 7-5 overall record and finishing 5-3 in league play.

The team lost the title to Appalachian State, 30-19, and its subsequent postseason game to Tulane at the AutoNation Cure Bowl, 41-24. Napier rebounded by signing the Sun Belt’s top recruiting class, ranked No. 76 in the nation by 247Sports.

“We’ve heard enough through the years about the high school talent in Louisiana that it’s always confusing that an ambitious Louisiana school isn’t collecting more of it. Well, now the Cajuns are collecting it,” Bill Connelly said in his preview of the Ragin’ Cajuns on SB Nation. “(Napier) raided every corner of Louisiana in exactly the way you would want a head coach of Louisiana-Lafayette to do, and he did so after at least somewhat proving his bona fides on the field, too.”

Thanks in addition to a large contingent of seniors, Louisiana was voted to repeat as West Division champs in the conference’s 2019 Coaches Poll with 46 points, and came up one first-place vote short of tying with the Mountaineers as league favorites.

The biggest question comes at quarterback as Andre Nunez, who threw for 2,272 yards and 20 touchdowns last season, graduated in the spring.

“Nunez faltered when pressured, and there’s absolutely no guaranteeing that (junior quarterback) Levi Lewis or whoever succeeds him — JUCO transfer Jai’ave Magalei? one of two three-star freshmen (Chandler Fields or Clifton McDowell)? — will fare any better. In limited opportunities, in fact, Lewis was a bit more explosive as a passer but just as sack-prone and inefficient on the ground. But at the least, the Cajuns might be able to avoid a drop-off at the position.”

Ragas and Mitchell proved extremely effective on screen plays, combining for 45 catches for 768 yards and five scores. Nunez’s top target, senior wide receiver Ja’Marcus Bradley, will be back as well after snatching 40 passes for 608 yards and 10 touchdowns.

Louisiana’s defense was subpar in 2018, allowing 33.7 points per game, ranking 105th in the country, but the team is banking on its experience to take them to the next level.

Senior linebacker Jacques Bordreaux returns as the team’s defensive stopper, leading the way with 93 total tackles last year. Senior defensive end Bennie Higgins and junior linebacker Chauncey Manac tied for second on the team with four sacks apiece and will be back to continue hounding quarterbacks.

Senior defensive back Michael Jacquet III tipped a team-best nine passes to go along with two interceptions. The secondary could see serious improvement during 2019.

“The Cajuns showed steady defensive growth throughout the season, which is certainly what you hope to see,” Connelly said. “The improvement came mostly in the back. After allowing a 64 percent completion rate and 159.4 passer rating through nine games, the Cajuns winnowed that to 58 percent and 133.3, with half of the season’s eight interceptions, in the last five.”

SB Nation ranks Louisiana as the No. 99 team in the NCAA, three spots ahead of Texas State at No. 102. It gives the Ragin’ Cajuns a 59 percent chance to beat the Bobcats, when they host the team on Nov. 2 in Lafayette, Louisiana, predicting the hosts win by 4.1 points. It predicts the school to finish the regular season at 6-6.