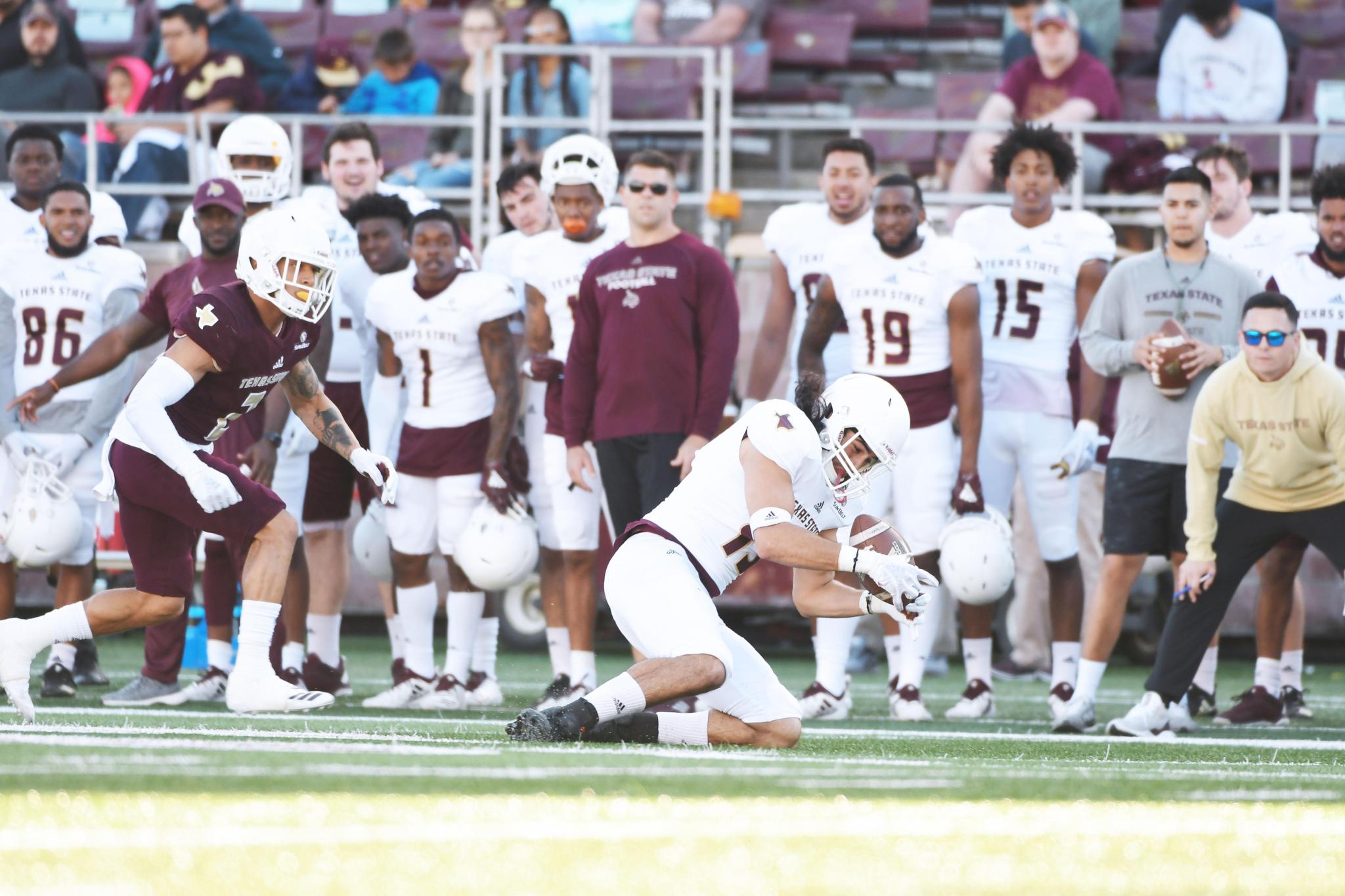 Countdown to Kickoff: Texas State squares off with South Alabama

Texas State and South Alabama can’t beat each other on the road.

In the four games the Bobcats and Jaguars squared off, the home team always emerged victorious. That proved to be true again last year, when USA edged out the visitors 41-31 on Sept. 15, 2018, in Mobile, Alabama, tying the all-time series at 2-2.

The Jaguars were still up and down throughout the rest of the season, finishing 3-9 overall and 2-6 in Sun Belt play. They had a lot of turnover this offseason, which could either provide a clean slate for it to springboard off of or cause further inconsistency. South Alabama was voted to finish fourth in the West Division of the conference in the Coaches Poll with 16 points, three more than Texas State. The team also received one vote to finish first place in the league.

“USA played two games (in 2018) decided by one possession — a season-opening near-upset of Louisiana Tech and a season-closing win over Coastal Carolina,” Bill Connelly said in his preview of the Jaguars on SB Nation. “Average scoring margin of the other 10 games (including two wins): 26.3 points.”

The offense was below average in most statistical categories, averaging 355 yards and 24.2 points per game, ranked 106th and 101st in the NCAA, respectively. The team ranked highest with 152 rushing yards per game, 93rd in the country, but that was mainly due to volume, not efficiency. USA ran the ball 491 times at just 3.7 yards per attempt.

The team will bring back its top two rushers in senior running back Tra Minter (183 carries, 801 yards, six touchdowns) and slot receiver Kawaan Baker (59 rushes, 251 yards, nine scores). The next four leading rushers are all gone, though.

Baker could also end up being the Jaguars’ top target in the pass game, with 33 receptions for 494 yard and four touchdowns. No other returning player other than Minter caught double-digit passes.

“Baker’s return is important,” Connelly said. “He was easily the most efficient guy in the skill corps — he didn’t produce any big run plays, but his 46 percent rushing success rate was still the highest on the team, as was his 50 percent receiving success rate. He ended up with 59 rushes and 50 targets, and I’m curious if (offensive coordinator Kenny) Edenfield continues to use him in such a diverse way.”

South Alabama currently has five quarterbacks on the roster, however, only one received any playing time last season. Sophomore Cephus Johnson completed 7-19 passes for 120 yards for four scores while also throwing one interception as a third stringer last year.

The defense doesn’t figure to be much more experienced, either.

“The 2018 USA pass defense was surprisingly bad and loses maybe its three best players,” Connelly said. “The 2018 run defense was surprisingly decent and returns most of the reasons why. Because the Jags were pretty constantly getting roughed up on the scoreboard, opponents spent a lot of time running the ball, but to the extent that that matters, that would be playing to their strengths again in 2019.”

The Jaguars’ ranked 110th in the NCAA with 449 yards allowed per game and 123rd with 38.8 points allowed per game. The team lost its top two tacklers from last season and will turn to sophomore linebacker Nick Mobley to make up the difference. Mobley was third on the team in 2018 with 56 stops.

Senior defensive lineman Tyree Turner was fourth with 50 total tackles and is also the leading returner in sacks with four last year. Junior safety Sterrling Fisher chipped in another three and also added an interception. Senior quarterback Jalen Thompson led the team with three picks and will help Fisher stabilize the secondary this fall.

SB Nation ranks South Alabama as the No. 127 team in the country, 25 spots behind Texas State at No. 102. It gives the Jaguars a 20 percent chance to beat the maroon and gold, when they visit Bobcat Stadium on Nov. 9, predicting the visitors lose by 14.5 points. It projects USA to repeat with a 3-9 overall record in 2019.