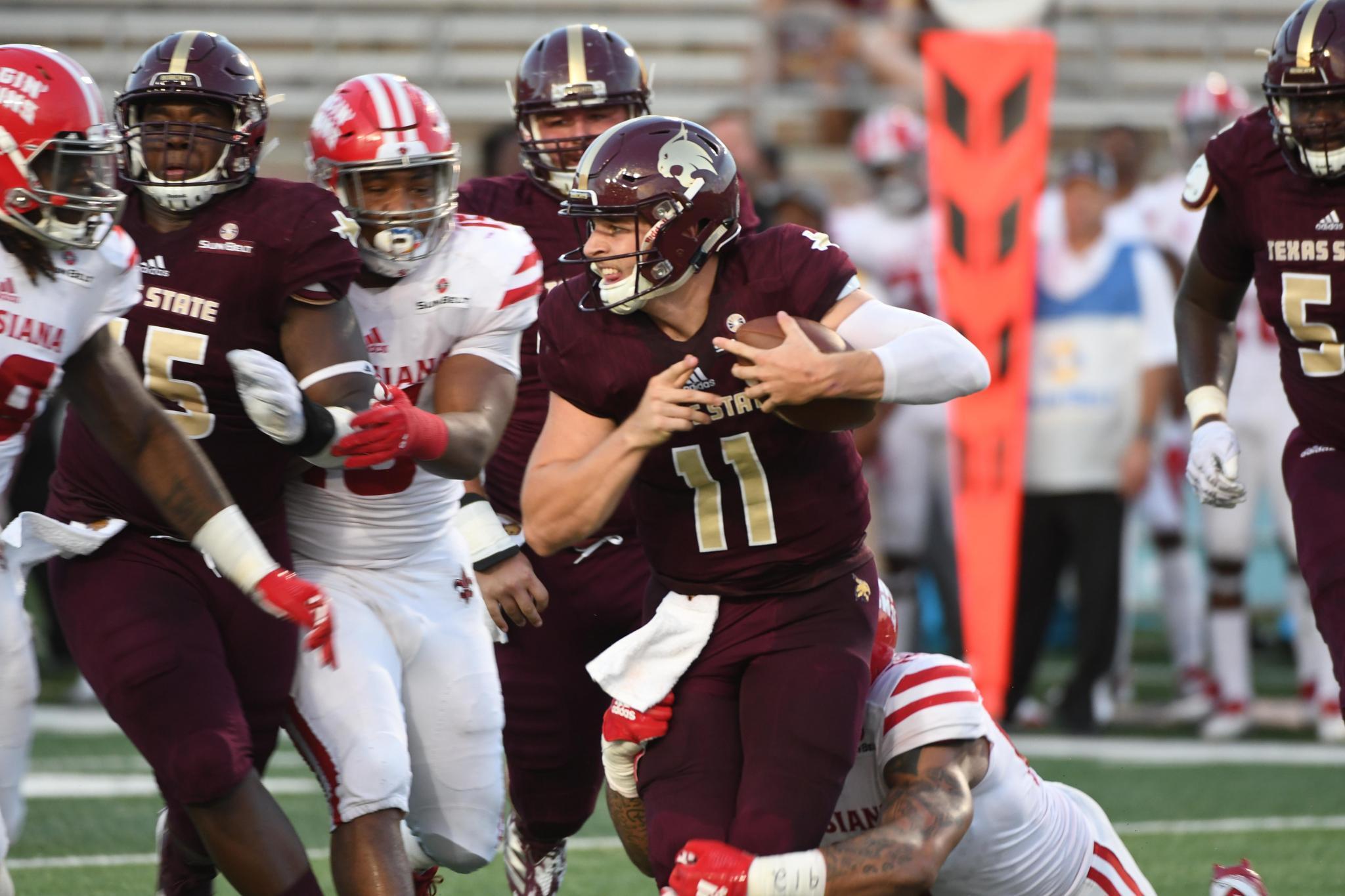 Louisiana possibly had its best season in program history in 2019.

The Ragin’ Cajuns reached double-digit wins for the first time since joining the FBS in 1978, going 10-2 overall in the regular season, including a 7-1 record in Sun Belt play, winning the league’s West Division, losing in the conference championship game to Appalachian State 45-38 on Dec. 7, then beating Miami (Ohio) 27-17 in the LendingTree Bowl on Jan. 6.

The team’s success last year was largely sparked by a first-class offense that averaged 501.3 yards per game, ranking No. 1 in the Sun Belt and No. 8 in the FBS. The Ragin’ Cajuns featured a three-headed monster in the backfield in running backs Elijah Mitchell, Raymond Calais and Trey Ragas who each saw triple-digit carries for a combined 2,853 yards and 33 touchdowns. Calais graduated in the offseason, but the run game should be just as potent with Mitchell and Ragas returning.

When Louisiana wasn’t running over there opponents, quarterback Levi Lewis kept the offense humming with a tidy passing game, completing 64.3% of his passes for 3,050 yards, 26 scores and just four interceptions. The signal-caller could take a step forward in his senior season, especially with more touches up for grabs after Calais’ departure. However, Lewis won’t have his top receiver back in Ja’Marcus Bradley (60 receptions, 906 yards, 10 touchdowns) and his second-leading target, senior wideout Jamal Bell, only put up roughly half of Bradley’s production (34 receptions, 445 yards, one touchdown).

The Ragin’ Cajun defense ranked first in the conference with 193.8 yards allowed per game and shouldn’t see any significant dropoff returning 16 players who registered  double-digit tackles in 2019. Pass rushers Joe Dillon and Kris Moncrief applied consistent pressure to opposing quarterbacks, earning a combined 12.5 sacks. The secondary also brings back four players who snagged at least one interception last year, led by Asjlin Washington with three. The team should be well-stocked on the back end of the roster as well, as reigning Sun Belt Coach of the Year Billy Napier recruited 247 Sports’ top-ranked class in the league.

Louisiana leads Texas State in the all-time series 6-0. The last meeting between the two teams, a 31-3 victory for the Ragin’ Cajuns on Nov. 2 in Lafayette, Louisiana, represents the largest win margin in any game of the series as well as the Bobcats’ lowest-scoring game of the season.

ESPN staff writer Bill Connelly's SP+ projections rank Louisiana 51st in the FBS, ahead of Texas State at No. 123, and predict a 9-3 season for the Ragin’ Cajuns, including a 6-2 record in Sun Belt play.