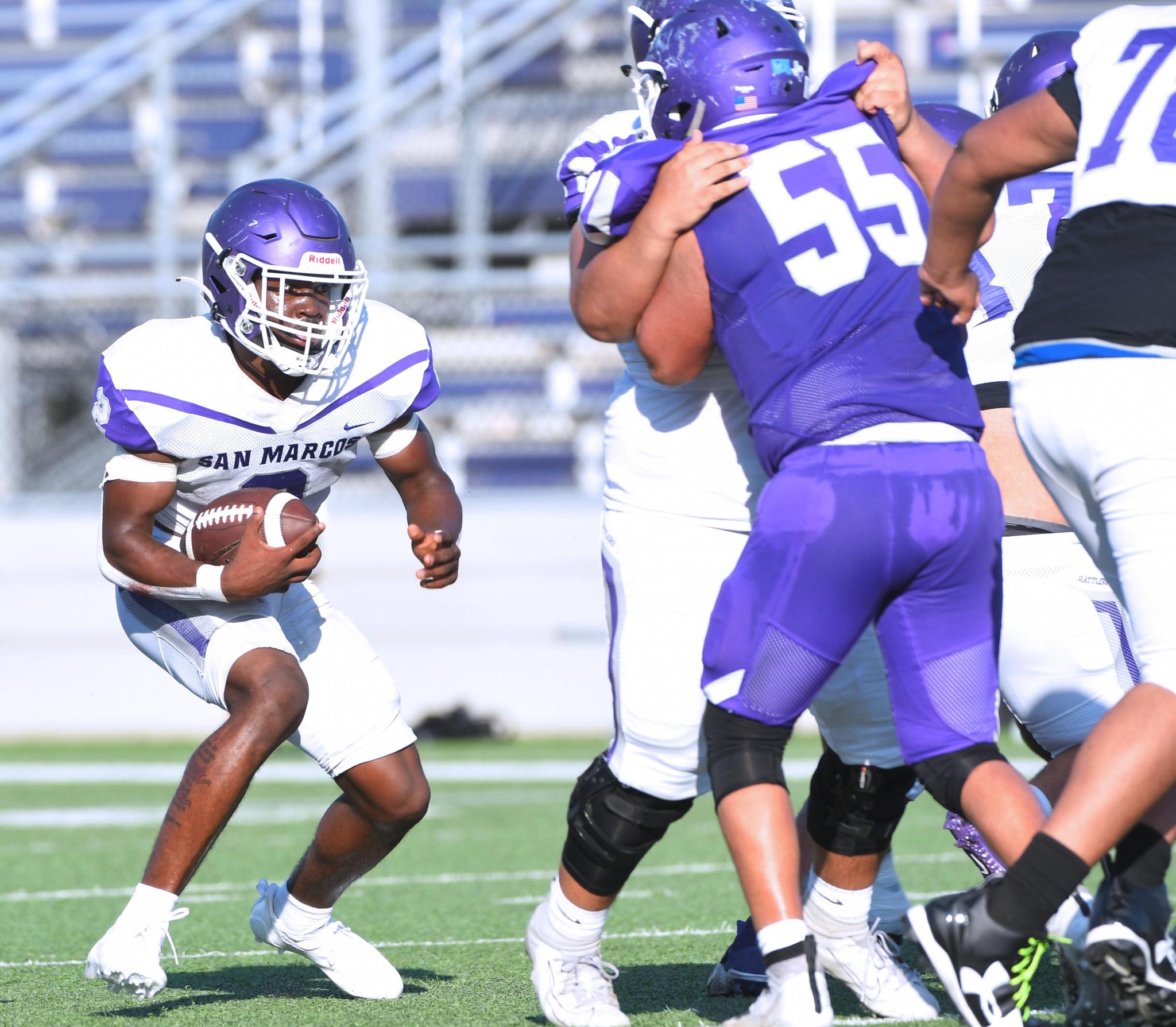 DCTF notes that the team’s move to District 27-6A could ease its schedule a bit and that 14 starters return — six on offense and eight on defense.

“The Rattlers’ experience over the last two years should have them prepared,” the magazine states.

DCTF predicts San Marcos to finish in fifth place in the district — one spot shy of reaching the playoffs, and ahead of Schertz Clemens in last place. The magazine lists Cibolo Steele in first place, Converse Judson in second, New Braunfels in third and San Antonio East Central in fourth.