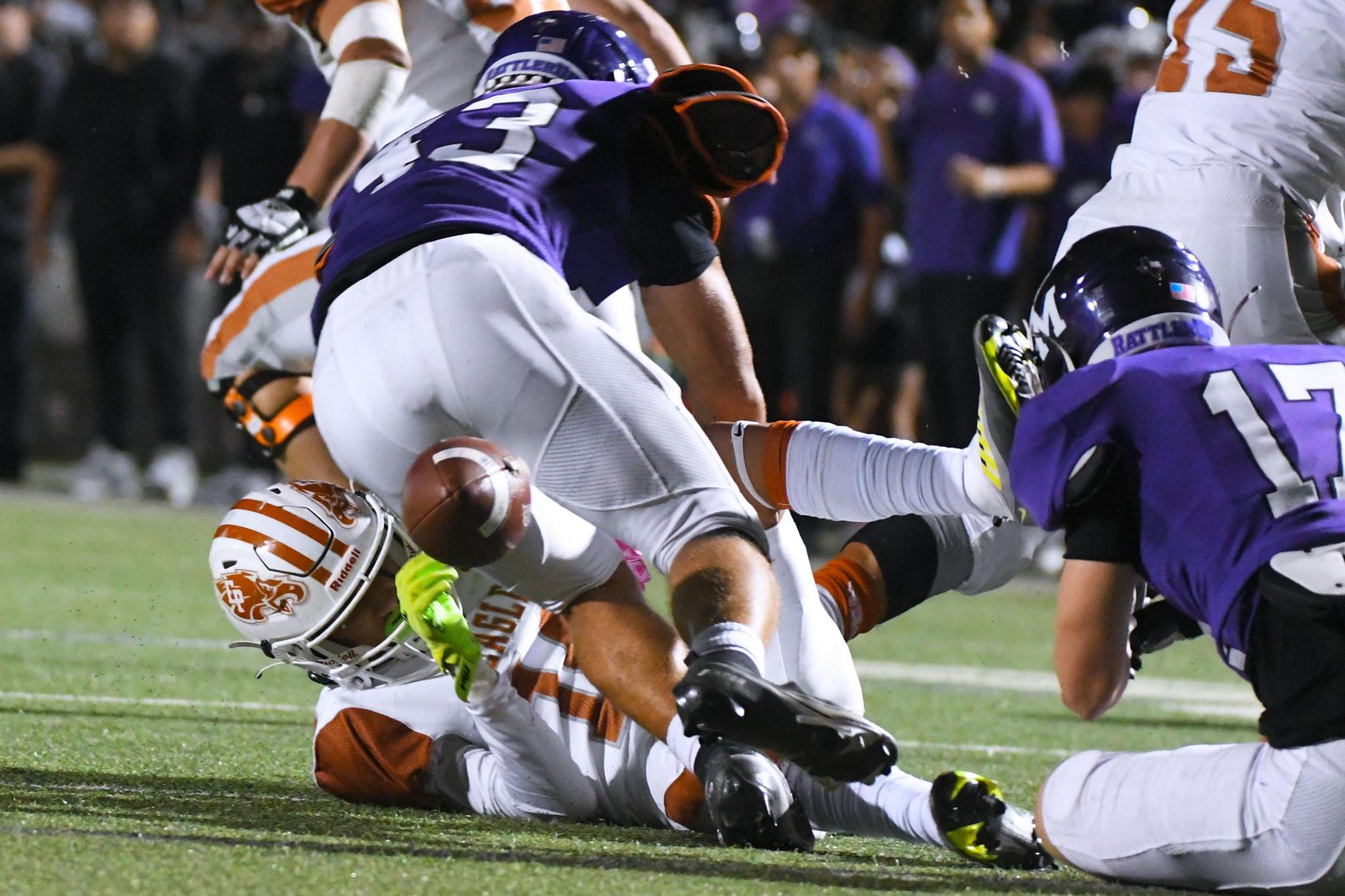 District 27-6A Round Up: Teams reset during bye week

The entire district had a bye week before competing in their most important games of the year, giving the six teams a chance to reflect and tinker before heading into district play. The group finished 17-13 collectively in their games without playoff implications, led by Cibolo Steele with a 5-0 record. The rest of the district finished similarly in their non-district slate, with two of the remaining five squads finishing 3-2 and the three others finishing 2-3.

Below are takeaways from each team’s most recent matchup and their season overall:

The reigning district champs have continued to roll in 2022. The Knights amassed an undefeated record in non-district play to start the year, and have had some tough tests along the way. Steele’s opponent’s combined overall record is 13-12 — but the Knights handed San Antonio Brennan their lone loss of the season and bested juggernauts Lake Travis and Midland Legacy along the way. The Knights head into district play looking like runaway favorites to win the district, they’ll just have to keep their momentum rolling to prove it.

The Rockets haven’t had the start they’ve wanted in 2022, but got a big 60-50 win over Midland Legacy — who took Steele to overtime in week four — in their final non-district game. Judson will look to use that momentum to blast into district play, but losses to Hutto and Pflugerville Weiss make many of the Rocket faithful question if they can contend for a district championship. The one thing Judson may look to for confidence in that hope is their win over Midland Legacy. The victory was by three more points than Steele and Judson prevented overtime with the Rebels. The Rockets will look to use that as fuel to get off the ground quickly in district play.

The Unicorns stunned 5A powerhouse Denton Ryan 34-33 in week one and then handled Seguin 31-7 in week two — then one of the hottest teams in Texas high school football at the time took a dip. Losses to cross-town rival New Braunfels Canyon and Pflugerville Weiss stunned New Braunfels like they stunned Ryan. Luckily for the Unicorns, none of that matters when it comes to playoff implications. New Braunfels also bounced back in week five with a 40-20 win over Brenham. It feels like the Unicorns have experienced the highest of highs and lowest of lows heading into district play, which might be the best thing for New Braunfels heading into a seemingly highly competitive batch of opponents.

When the Rattlers were up 19-0 on Eagle Pass in the first half of their matchup in week five, it seemed like San Marcos had set themselves up to head into district play on a win streak. Then the second half happened, and Eagle Pass found a way to scratch and crawl their way back into the game off the back of mistakes from the purple and white. Just like the rest of the district, none of the games mattered playoff-wise for San Marcos — but if the Rattlers want to get there, they’ll have to clean up their self-inflicted mishaps and penalties. If the purple and white can do that, they’ll be a team to watch in the district.

The Hornets are coming off their most successful season in recent memory, but head into district play at 2-3. East Central’s most recent matchup was a 20-10 loss to 4A counterpart Canyon Lake in week five, giving Canyon Lake their first win of 2022. The Hornets have been outscored by their opponents 126-86 — with their 86 points being the lowest scoring total in the district. Clemens sits at the second-lowest total with 128 total points, which is still 42 more than the Hornets. East Central will have to have another surprise year and pull a few upsets like they did in 2021 to make any noise in the playoff race.

The Buffaloes fell 35-14 to Odessa in week five, but still feel like the most consistent team in the district outside of Steele. Clemens had a tough 14-10 season-opening victory over San Antonio Madison, but since then has found more rhythm on offense. The Buffaloes are averaging 28.5 points per game since week one, mainly off the backs of blowout wins over Del Valle and Laredo United. While the Buffs seem like the safest bet to also find themselves in a playoff spot at the end of the year, once district play starts it can be a whole new world. Clemens will have to stay disciplined and prevent turnovers to get where they want to go in 2022.

District 27-6A will kick off on Oct. 7 after a district-wide bye week the weekend of Sept. 30. San Marcos matches up with Schertz Clemens in what should be a revealing matchup for both squads inside Toyota Rattler Stadium on Oct. 7 at 7:30 p.m. The other games around the district include Steele facing off with New Braunfels and East Central facing Judson.