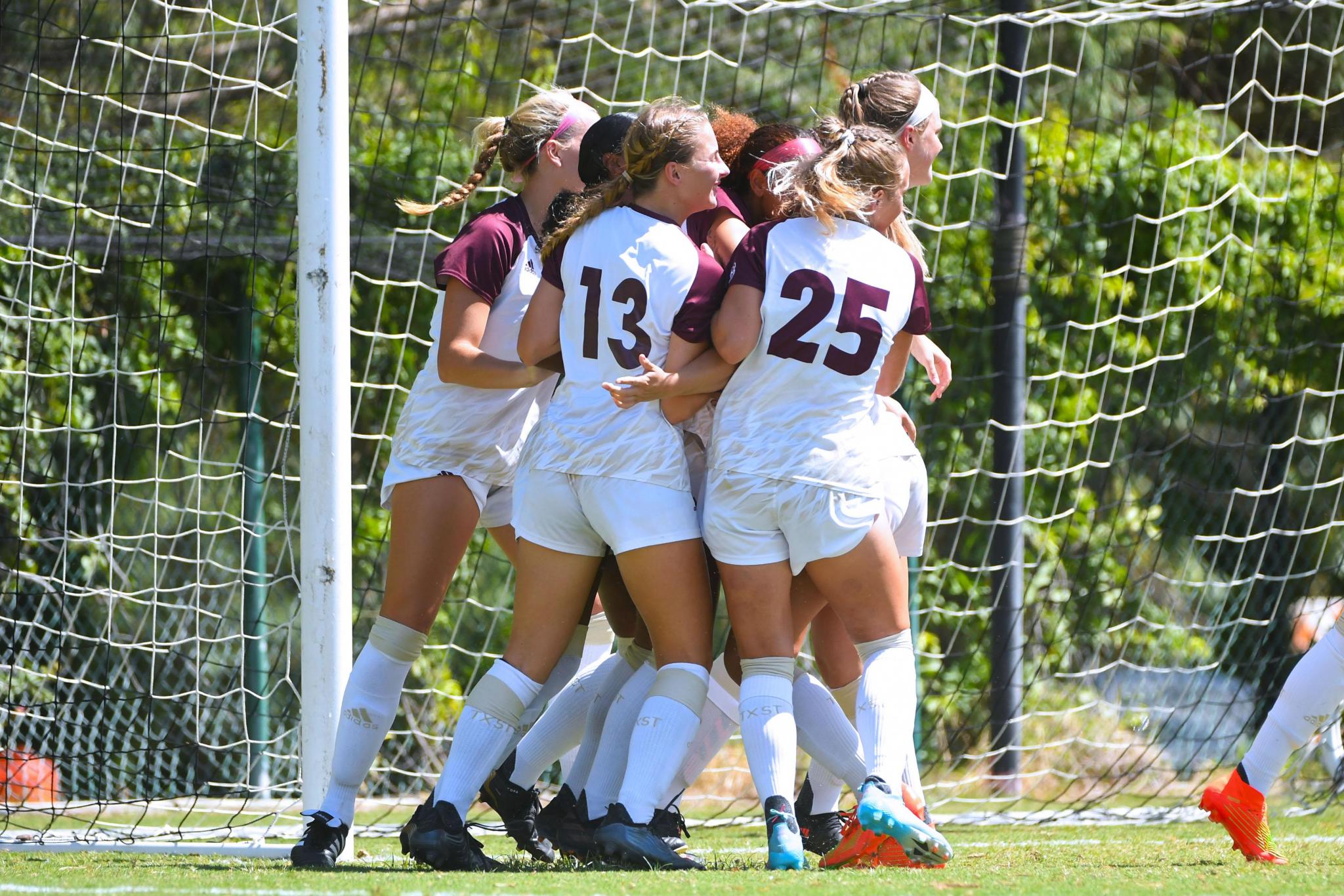 Fueled by a pair of early goals, Texas State took care of business against Louisiana Monroe (ULM) 4-1 at Bobcat Soccer Complex on Sept. 25.

After tying with Georgia Southern last week, the maroon and gold added another four scores to their goal total in Sun Belt play.

Within the first few minutes of the match, sophomore Madi Goss netted her fourth goal of the season and gave the Bobcats an early lead. Junior Wimberley Wright was also able to score early on, giving Texas State a 2-0 lead at halftime.

“It’s always nice to play in the lead. It’s a little tougher to play from behind but the good thing is when we got the goal we turned around and got another one,” Head coach Steve Holeman said. “So we never let our foot off the gas and we knew at halftime with the score the way it was that it’d be important to get the third one, so credit to this team for their effort and hard work.”

Within the first 10 minutes of the second half, Texas State had doubled its lead after another pair of goals from senior Kiara Gonzales and Goss. Despite the four-goal lead, the Bobcats never took their foot off the gas and they finished the game with 20 shots — 11 of which were on goal. The Warhawks were eventually able to find the back of the net in the 61st minute, but by that point Texas State was in full control.

“I mean, everybody has a role in this team, and yes, we’re missing a couple of players and they should be out here soon with us but as players you know, like your time can come at any moment,” Gonzales said. “So if you started you have to step up and I think everybody stepped up to their position.”

With multiple starters including sophomore Zoe Junior and senior Bailey Peschel out, the Bobcats’ win was credited to all-around teamwork and consistent play throughout the entire match.

“I think it was a complete team performance today,” Holeman said. “We talked about how hard it was on a Sunday afternoon (and) how good Louisiana Monroe was in possession, so we wanted to be able to keep the ball — we knew it’d be important. So I think we did a really good job of spreading the field, knocking the ball around (and) creating good chances.”

Texas State sits in first place in the Sun Belt Conference West Division, tied with South Alabama. With a couple weeks of conference play under their belt, Holeman and the team recognize the strength of their conference opponents.

“We got six points at home and a point on the road against a very good Georgia Southern team,” Holeman said. “You know, that was a tough trip and they’re very good despite the record. No shame in getting a point on the road. I think we’re sitting in a good position right now.”

The Bobcats are set to travel to Hattiesburg, Miss., for their next match to face Southern Miss on Oct. 1 at 12 p.m. The only matchup between the two squads came in 2003 where the match ended in a 1-1 draw. Texas State won’t be home again until Oct. 6 when James Madison comes to San Marcos.