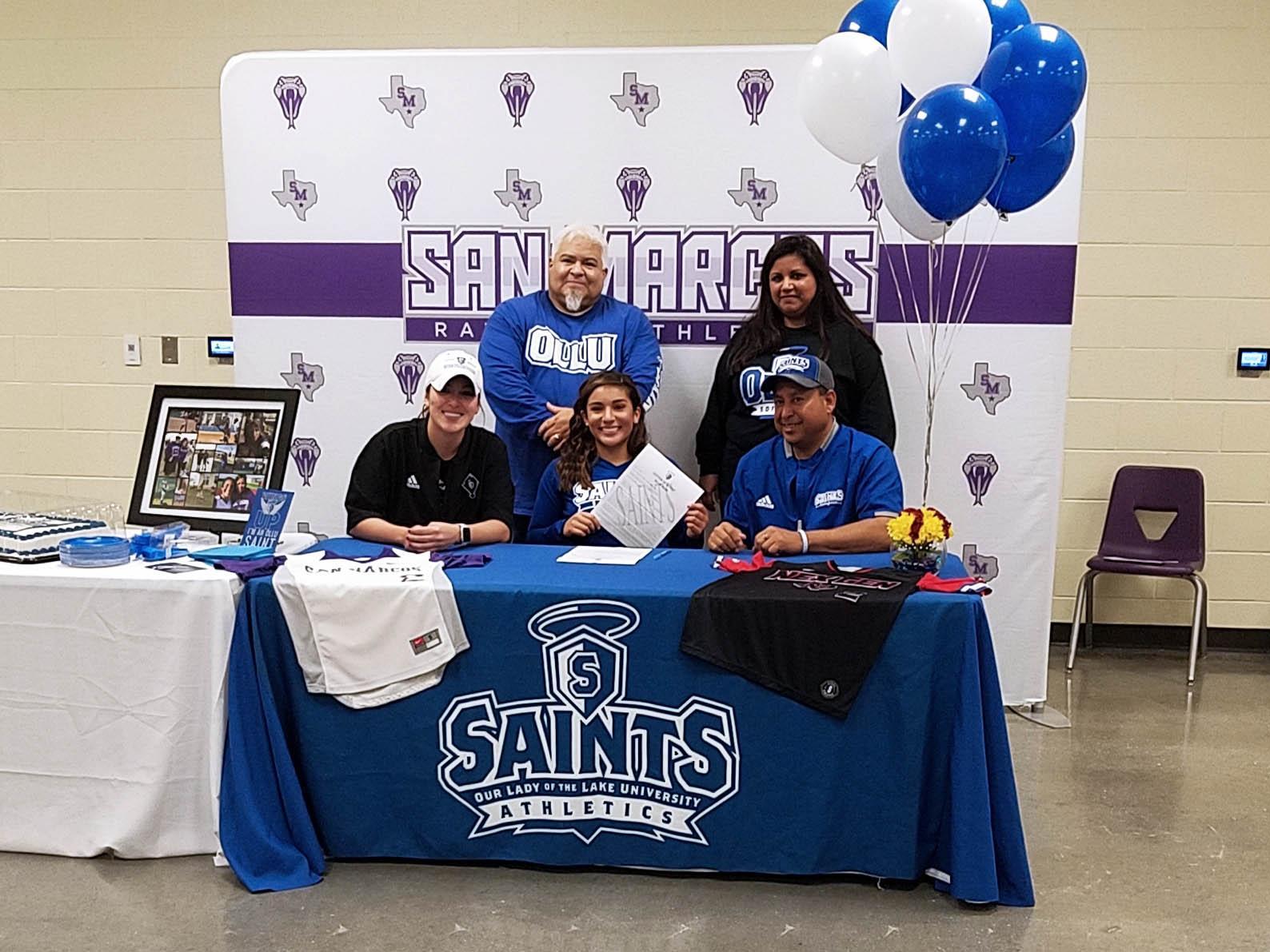 Gonzales overcomes setbacks, signs with Our Lady of the Lake

It happened again. While preparing for her junior season, Gonzales took one wrong step in the outfield, suffering a torn ACL. The same thing occurred in her other knee two years before, during Gonzales’ freshman season.

The injury required surgery and ruled Gonzales out for the year. Many of the college coaches she had been in contact with stopped reaching out. Her future in softball became uncertain.

But on Feb. 12, the senior regained control of her destiny, signing a letter of intent to Our Lady of the Lake University.

“This day means so much to me, especially coming from two major obstacles,” Gonzales said. “I was so happy that I was able to bounce back with the help of my friends and my family and my coaches.”

Gonzales didn’t let her setbacks disrupt her attention in the classroom. She’s currently in the top five percent of her class and an officer in National Honor Society and student council.

She also had a stellar campaign on the field during her sophomore year as a starting outfielder. Gonzales was the No. 2 hitter for the Lady Rattlers and was named to the all-district first team.

“She’s very tenacious, aggressive, confident and she plays as if she’s never been injured,” Stoughton said. “Which is very difficult for some athletes, mentally, after experiencing an injury of that severity because the fear that it may happen again is always in the back of your mind. But she seems to block that out completely. She just loves to play ball.”

Gonzales loved OLLU’s “beautiful” campus and said her future coaches were hilarious. She’s now back on the field, a senior leader for the team. Her journey has been a bumpy one, but she knows it happened for a reason.

“It’s crazy how the body works, from not being able to move my knee to going back to full range of motion and 100 percent speed. It was very hard work,” Gonzales said. “(Now, I just need to) graduate, go to college and play softball.”