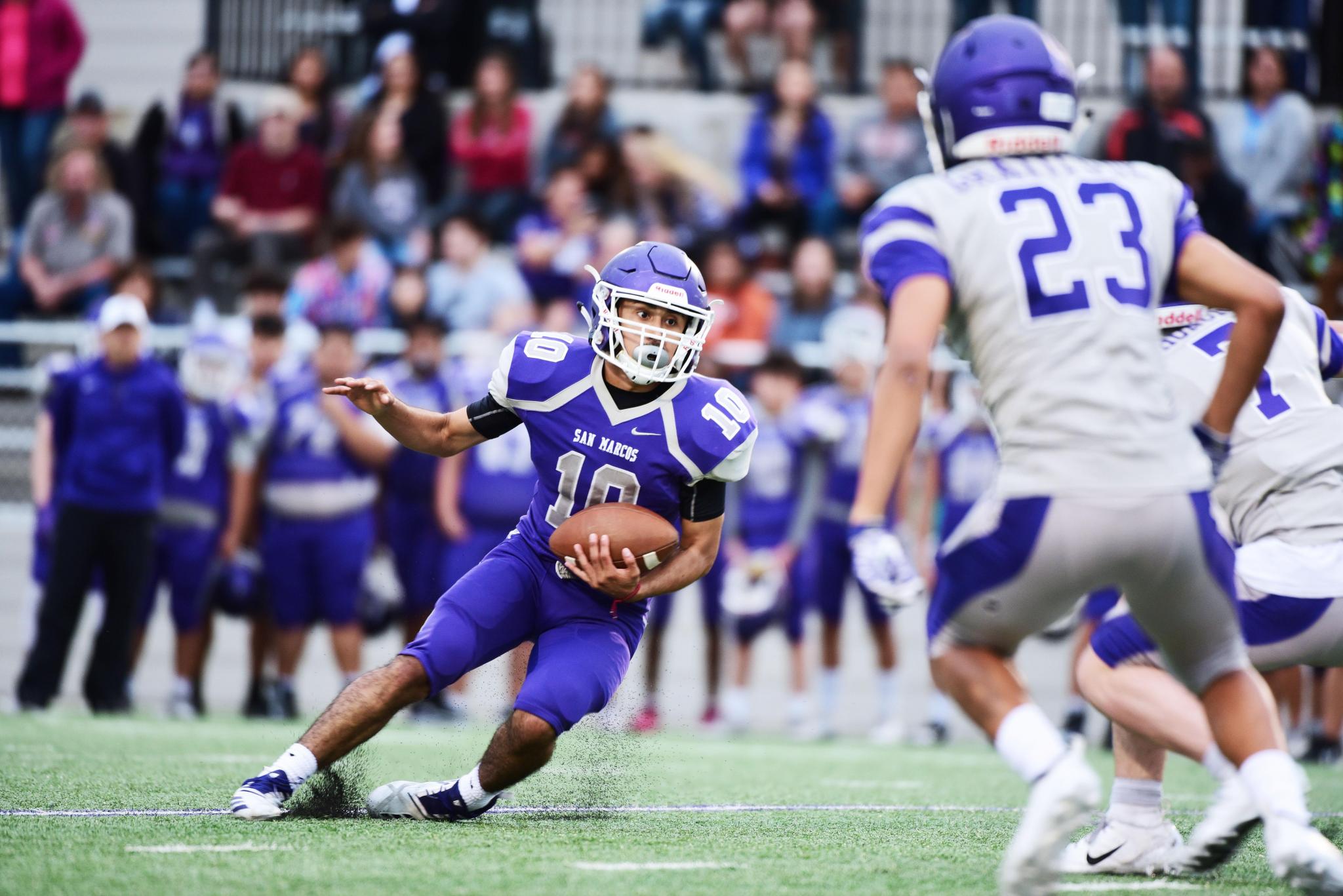 HS Countdown to Kickoff: Rattlers battle with the Buffaloes

San Marcos had one of its highest-scoring games against Schertz Clemens last season at Lehnhoff Stadium on Oct. 19, racking up 28 points.

The Buffaloes scored 49, though, and took the victory that helped them reach the UIL 6A Division II playoffs. The team was bounced in the first round by Austin Westlake on Nov. 16, 28-14. Clemens now returns 30 lettermen, including eight offensive and seven defensive starters, to try to make a deeper run.

Junior Max Didomenico was moved from defensive back to safety three games into the season and produced 984 yards and 10 touchdowns through the air, gaining another 738 yards and five scores on the ground. He’ll have loads of receiving options this year in senior wide receivers Kailub Thigpen (27 catches for 453 yards, five touchdowns), Vincente Perez (28 catches, 328 yards, four touchdowns) and junior wideout Andrew Edwards (13 catches, 201 yards, three touchdowns).

Senior safety Mason Chambers and linebacker Jackson Macias are back after combing for 188 tackles and two interceptions in 2018. Fellow senior linebacker Derrick Lewis returns as well after picking up 33 stops and a pick before being sidelined after three games.

Dave Campbell’s Texas Football magazine predicts the Buffaloes to repeat as the fourth-place team in District 26-6A. San Marcos will host Clemens inside Rattler Stadium on Oct. 18 at 7:30 p.m.