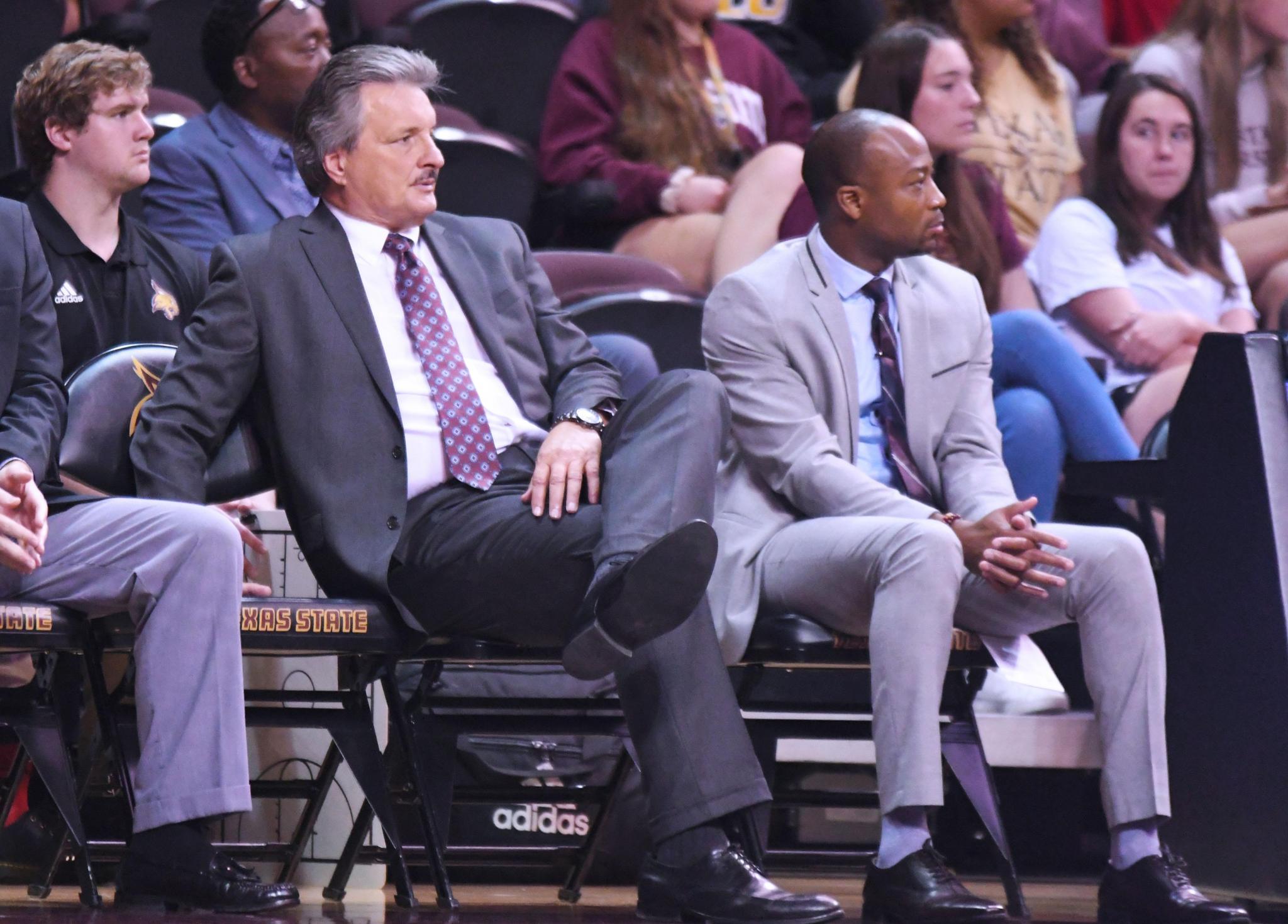 Texas State men’s basketball assistant coach Terrence “TJ” Johnson was voted as a top-five assistant in the Sun Belt Conference in a poll, released Tuesday, conducted by Jeff Goodman of the Stadium Network.

Goodman asked at least 20 coaches from each conference, mostly assistants, to name the best coach in their respective leagues. Johnson finished in a four-way tie for fifth place in the Sun Belt.

“Terrence has a good knowledge of the game and is good at teaching the game,” head coach Danny Kaspar said. “He is also a strong recruiter that has a lot of contacts throughout the South.”

“He does a great job evaluating players,” an anonymous Sun Belt assistant coach said. “He gets players thinking right — while I’ve heard it can be tough playing for Coach Kaspar. He cares for his guys and is a huge reason why they play as hard as they do and are willing to run through a wall for their staff.”

Johnson played a major role in the development of former Texas State guard Nijal Pearson, who ended his career as the program’s all-time leading scorer with 2,122 points. Johnson will enter his sixth year with the Bobcats this fall.