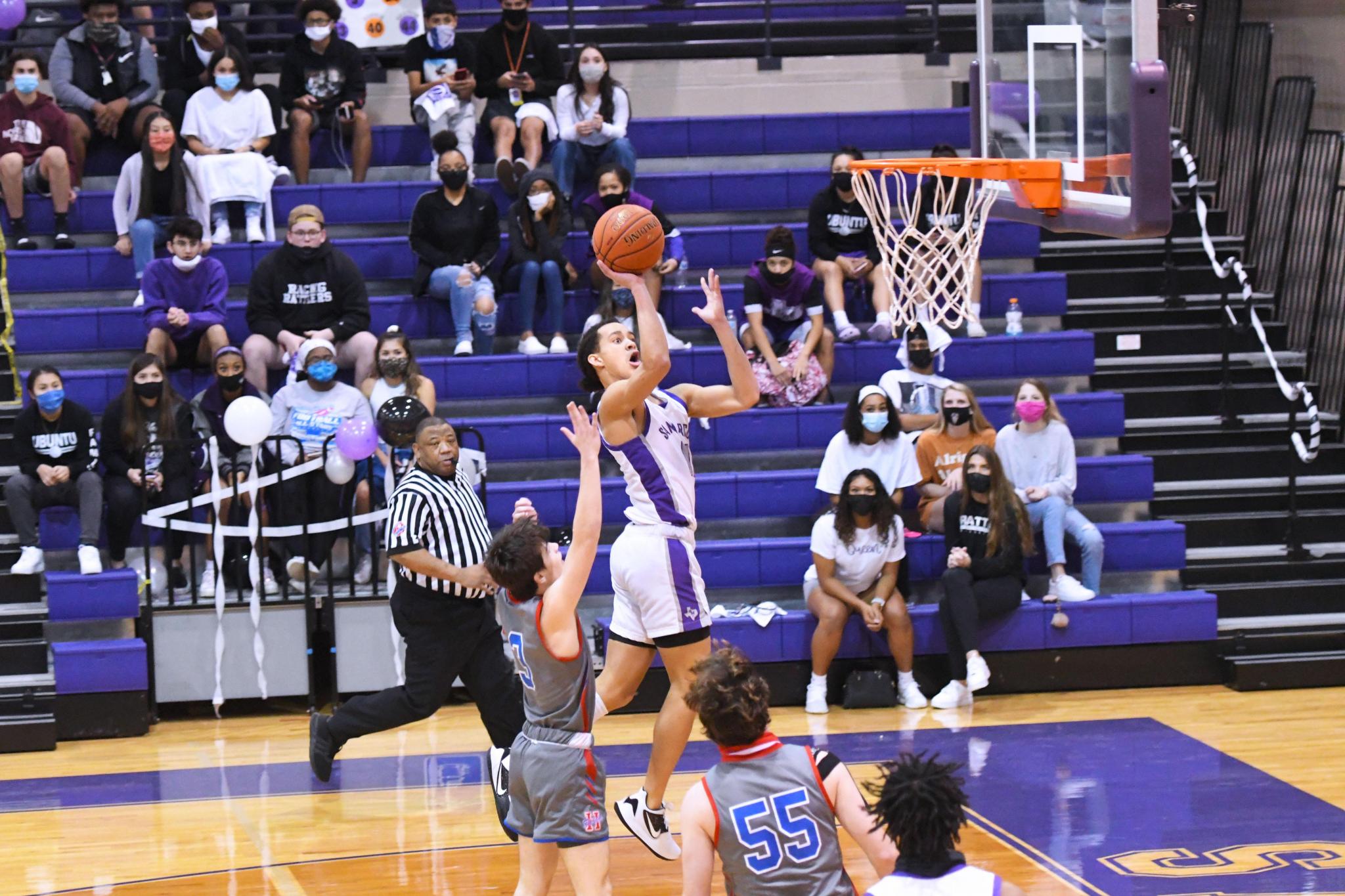 There were two options for sophomore point guard Kaden Gumbs: attend camp for the offensive side of the ball and hone his already-crafted skillset, or lock in on defense to add on to make him a scary two-way threat.

While everyone else attended the call for offense, Gumbs took the road less traveled. It paid off for the lockdown point guard. Last Tuesday, he was named the Defensive MVP of District 26-6A.

Gumbs put together an impressive 2020-21 campaign, pressuring every guard in the district. When Gumbs was in front of them, they knew it would be a tough night. When he wasn't in front of his matchup, he popped out of nowhere like a ghost to steal long-winded passes out of the air and score in transition — where his team excelled the most all season. His seven steals against Austin Akins on the road on Jan. 30 in a must-win game exemplified the work he put in on that side of the ball.

Gumbs isn't done chasing after awards. He said he plans on winning the honor again in his junior and senior years and with him working on it more than the average kid, he should be the favorite to repeat as Defensive MVP of 26-6A.

His counterpart and transition partner, sophomore forward Malik Presley improved his game tremendously between his freshman and sophomore years and it caught the attention of scouts in the college scene. He continues to impress anyone that sees him play but he doesn't let it affect his development.

“I always want to just stay humble because like, really, just getting offers, it makes me want to keep going. You know, I'm never really gonna settle for that. It just gives me that mentality of working harder,” Presley said.

His hard work earned him First Team all-district honors — the only non-senior to receive the award. He never shied away from being one of the youngest players on the floor and was forced to carry that role for the last two seasons. This year he separated himself from the pack with performances like his 21-point outing in the midst of San Marcos’ five-game win streak to beat Del Valle on Jan. 5. He also held his own against Austin Westlake senior and Kansas commit K.J. Adams on Jan. 19, scoring 25 points against the 6A state runner-up. With all seniors leaving, Presley will be in the running for Offensive MVP or District MVP.

Both Gumbs and Presley have raised the expectations by saying the individual awards won't mean as much if they don't make the playoffs next season. Next year as juniors, these names will be on more award watchlists.