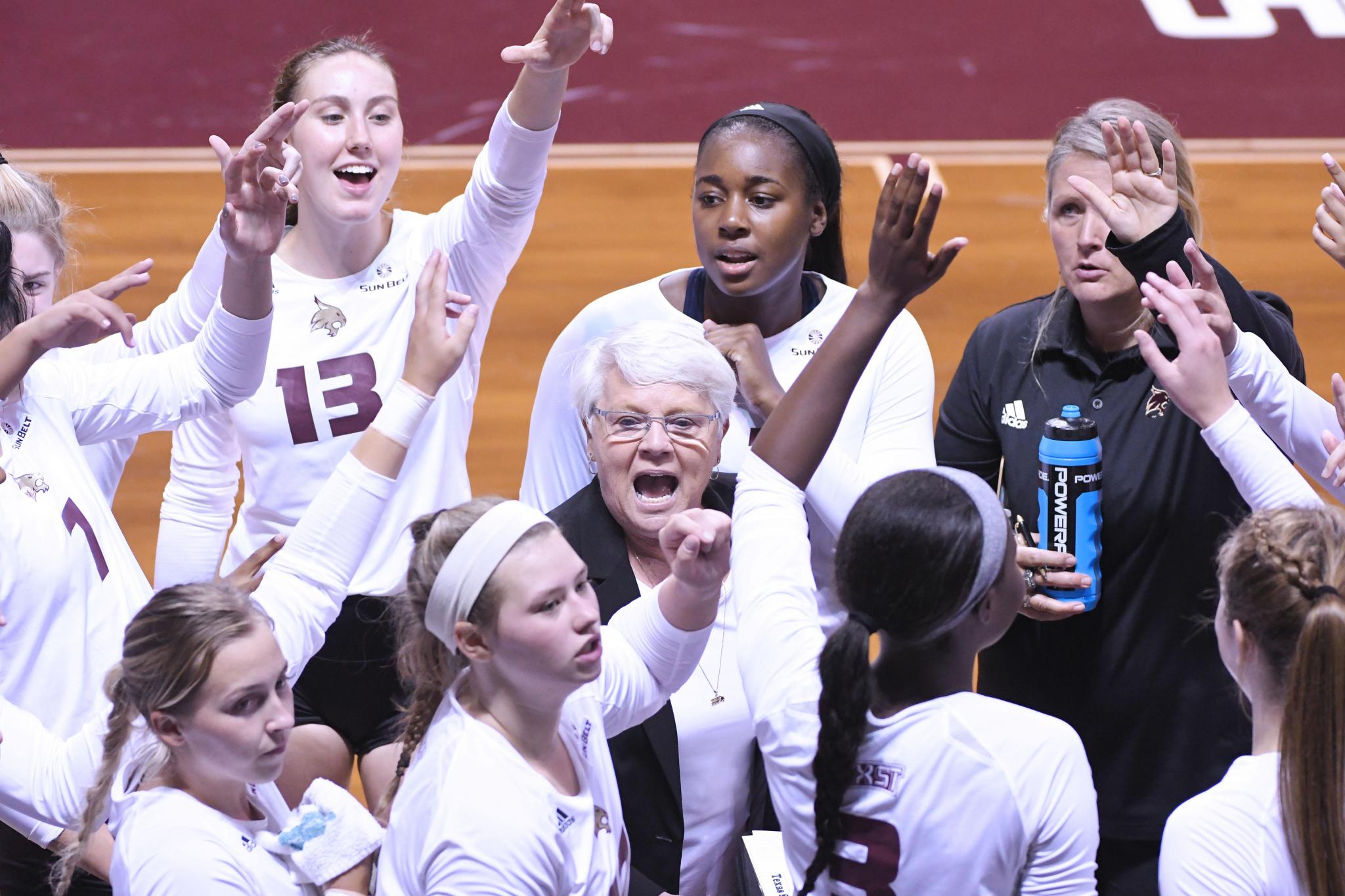 The Bobcats met inside Strahan Arena on Monday at 3 p.m., four days after the end of their season.

The team picked out a design for their Sun Belt Conference Championship rings. The players and coaches each sized their fingers for the right fit. And then head coach Karen Chisum needed to get something off her chest.

She’d been at Texas State for 42 years — the first two as an assistant. She’d loved every minute of it. The Bobcats will never have a bigger fan.

But it was time for her to step aside and go to the next chapter.

Chisum originally thought about retirement back in May. It weighed on her throughout the offseason. Even as the 2019 season approached, Chisum wasn’t sure she wanted to keep going.

There wasn’t anything special about being a head coach for a 40th season. But she ultimately decided to push through for another year.

She didn’t expect everything to go as well as it did. She became the seventh NCAA Division I head coach to reach 900 wins. The team swept the league regular season and tournament titles for the second year in a row. The conference tournament was hosted in San Marcos, resulting in multiple top-10 crowds in program history. Chisum claimed her seventh Coach of the Year trophy.

By the end, she realized there would never be a better time to end her career.

“I want to go out with a bang, I want to go out on a high note,” Chisum said. “When can someone have this great of a season again, with all those things to put on the resume?”

On Tuesday, Chisum told the Daily Record she expected the search to find her replacement to be relatively quick. Executive Senior Associate Athletics Director Tracy Shoemake wanted the players to know who they would be reporting to before they all returned home for the holiday break. Chisum hoped it would be someone who would keep up the family-oriented atmosphere she had built over the years.

Associate head coach Sean Huiet, a member of Chisum’s staff since 2006, was named her successor the next day.

“This program’s at a great place. The next head coach is going to be lucky to have the kids that they've got, the facilities, the administration. Bobcat Nation is a volleyball school now, as the T-shirt said,” Chisum said. “So that's one thing I'm extremely proud of, to build and establish the program at an elite level. So what more can I ask for?”

Chisum wouldn’t change anything about her time with Texas State. She wants to be remembered as a good person; a friendly person; a competitive person; a Bobcat.

The now-former head coach isn’t going anywhere. She always dreamed about being able to attend all of Texas State’s athletic events when she retired and intends to make it a reality. She wants to play more golf and pickleball and spend more time with her great-nieces and nephews. She’s in good health — “that’s major.”

But everything she has to look forward to doesn’t make leaving any easier.

“I am excited to move on and do some other things. But gosh, it's hard,”  Chisum said. “I really have been very excited until I see people and then they tear up and then that makes it tough. But that'll go away, that'll go away.
“It will all be fine.”