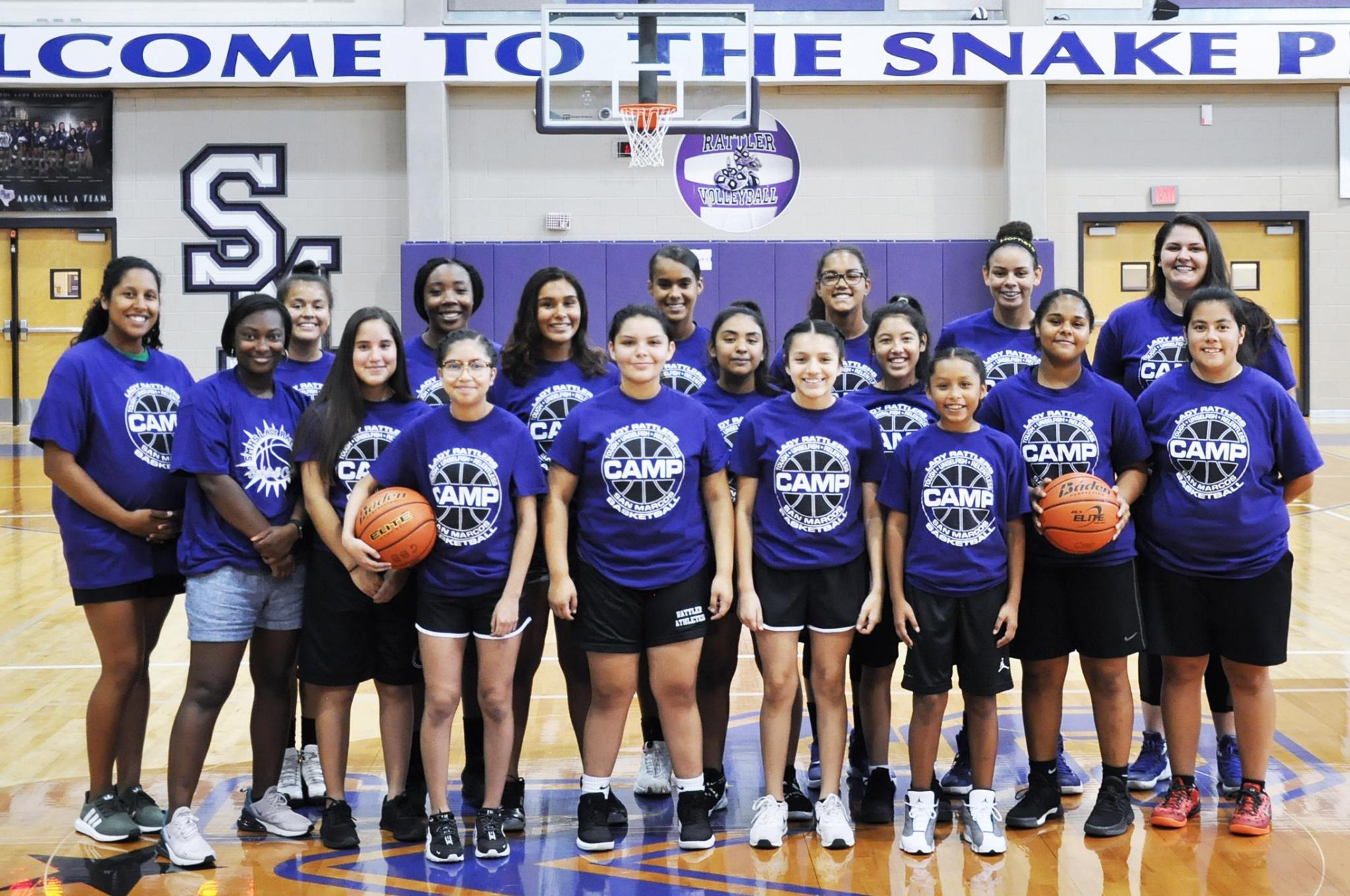 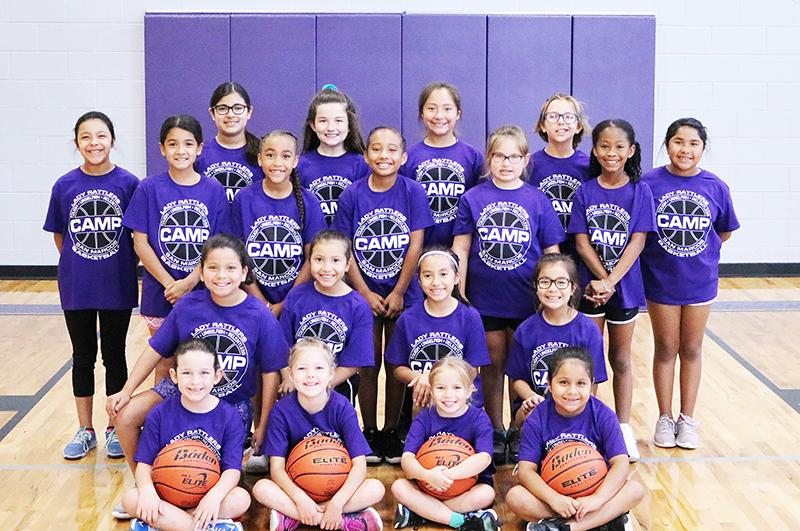 The junior Lady Rattlers sat in a circle at midcourt of the Snake Pit on Thursday, bent over with hands outstretched to their right foot. They held the position while chanting “R-A-T-T-L-E-R,” then punctuated the stretch with a clap in unison.

The players were getting loose for the final day of Lady Rattler Basketball camp. It’s San Marcos head coach Veronda Kendall’s fifth year to run it.

“It gives us a chance to see them grow and develop their game,” Kendall said. “I think it’s important for the development of the program to start identifying kids early that have a passion and a love for this and that really want to do this.”

Throughout the week, Kendall put the junior Lady Rattlers through multiple drills and competitions in two different sessions — kindergarten through sixth graders in the morning and incoming seventh, eight and ninth graders in the afternoon.

Thursday’s second session began with a timed ball-handling routine. The players had to weave through a set of four cones down the baseline, take two hesitation dribbles backwards at the block, cross over at the top of the key, spin move at the wing and finish with a left-handed layup. The camper with the fastest time won the competition.

Kendall doesn’t take it easy on the them. She’s seen how much the camp can improve players, like junior forward Faith Phillips and sophomore wing Sierra Vidrine, both former campers who made the varsity roster as freshmen.

“I’ve seen it help them as far as what to expect when they get to the high school, especially as it relates to the work ethic,” Kendall said. “They get a taste of the work that we put in practice everyday and how grueling and demanding it is. And a lot of those girls that have come up through the program are on varsity right now, so it’s been very beneficial. Many of them have been winners of many of the competitions that we’ve held at camp. Usually, you can see the results of them attending camp because a lot of times they end up moving up.”

The camp wrapped up Thursday afternoon. Kendall is looking forward to seeing the players again, either in the fall for freshman tryouts or at camp again next year.

“(I like) seeing the girls come in here and be empowered to be who they are, to love this sport, to be unapologetic athletes and to feel the support of our coaches and their teammates,” Kendall said. “That’s probably the funnest part for me, is seeing them enjoy this.”