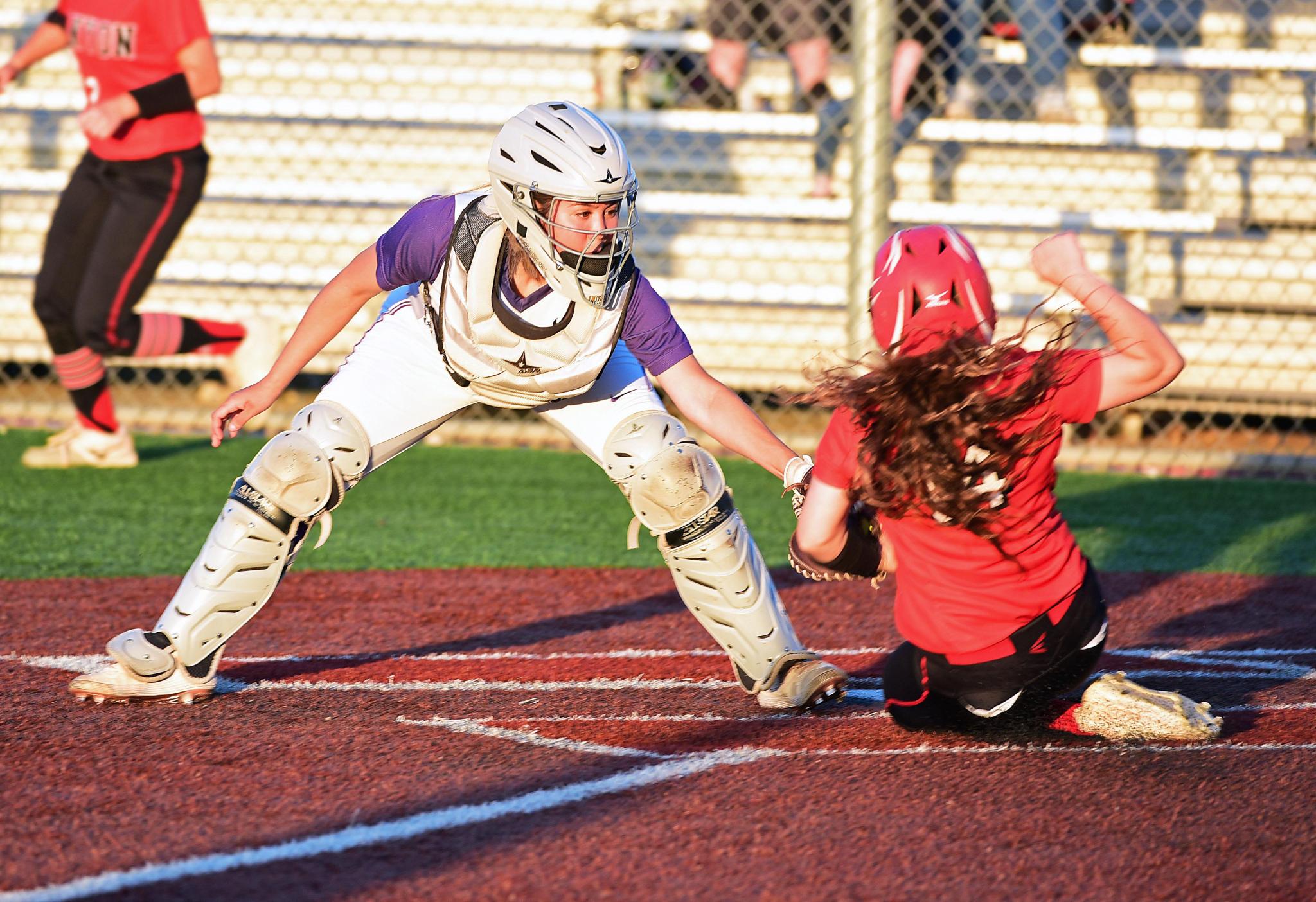 Head coach Cathy Stoughton says San Marcos typically makes a few mistakes in the opening frame, allows the opponent to take a lead. And while the players usually step up the rest of the game and compete, it often isn't enough. The team is talented, but the holes it digs are too big to climb out of, resulting in a 1-6 record through the first cycle of district play.

That was the case Tuesday evening, when the Lady Rattlers were run-ruled by New Braunfels Canyon inside the San Marcos softball stadium, 11-1. Stoughton feels that the adversity her team has faced could be causing the slow starts.

“We were really close in several games in the first round. Three or four of those could have gone our way,” Stoughton said. “We have to be able to play through adversity, adverse circumstances, because we’ve had our fair share of them this season. But you either deal and move on or you sit and think about things you can’t control. And we’ve been so close and it’s kind of disappointing to come out and perform the way we did tonight, even though Canyon’s a really good ball club.”

The team took Cibolo Steele to eight innings on the road before falling 8-6. It was defeated in its next game at Schertz Clemens, 12-8. The Lady Rattlers outscored New Braunfels at home 4-3 in the final 6.5 innings, but gave up five runs in the top of the first to take the 8-4 loss. Their only win came on the road against Smithson Valley, 10-1.

San Marcos hasn’t been 100 percent in most of its games. Traveling for four of the seven hasn’t helped, either. Stoughton believes if her team can find its comfort zone, they’ll be able to get back on track.

“And what I want them to do is – like we did at Smithson Valley, which is come out strong from the beginning and don’t dig ourselves into a hole and put ourselves in a situation where we have to fight out of a hole, Stoughton said. “We’ve been doing it, but we’ve been putting ourself behind the eight ball and putting ourselves in situations that are very difficult to overcome early on in the game. And we’ve managed to battle back several times, but it’s always not quite enough.”

The Lady Rattlers (12-15, 1-6 26-6A) will begin their second half of district competition at home Friday when they host East Central at 7 p.m. Five of the team’s final eight ball games will be at home. Stoughton said she thinks her team will find a way to get over the hump.

“We spent a lot of time on the road the first round, so (playing at home) will be something that plays to our advantage,” Stoughton said. “I think the girls are ready and I know they’re anxious to get another shot at East Central. It’s tough to come out and lose ball games like this, but you’ve just got to learn from your mistakes … I think we have a lot of potential moving forward. So, we’re kind of anxious to start the second round on Friday.”