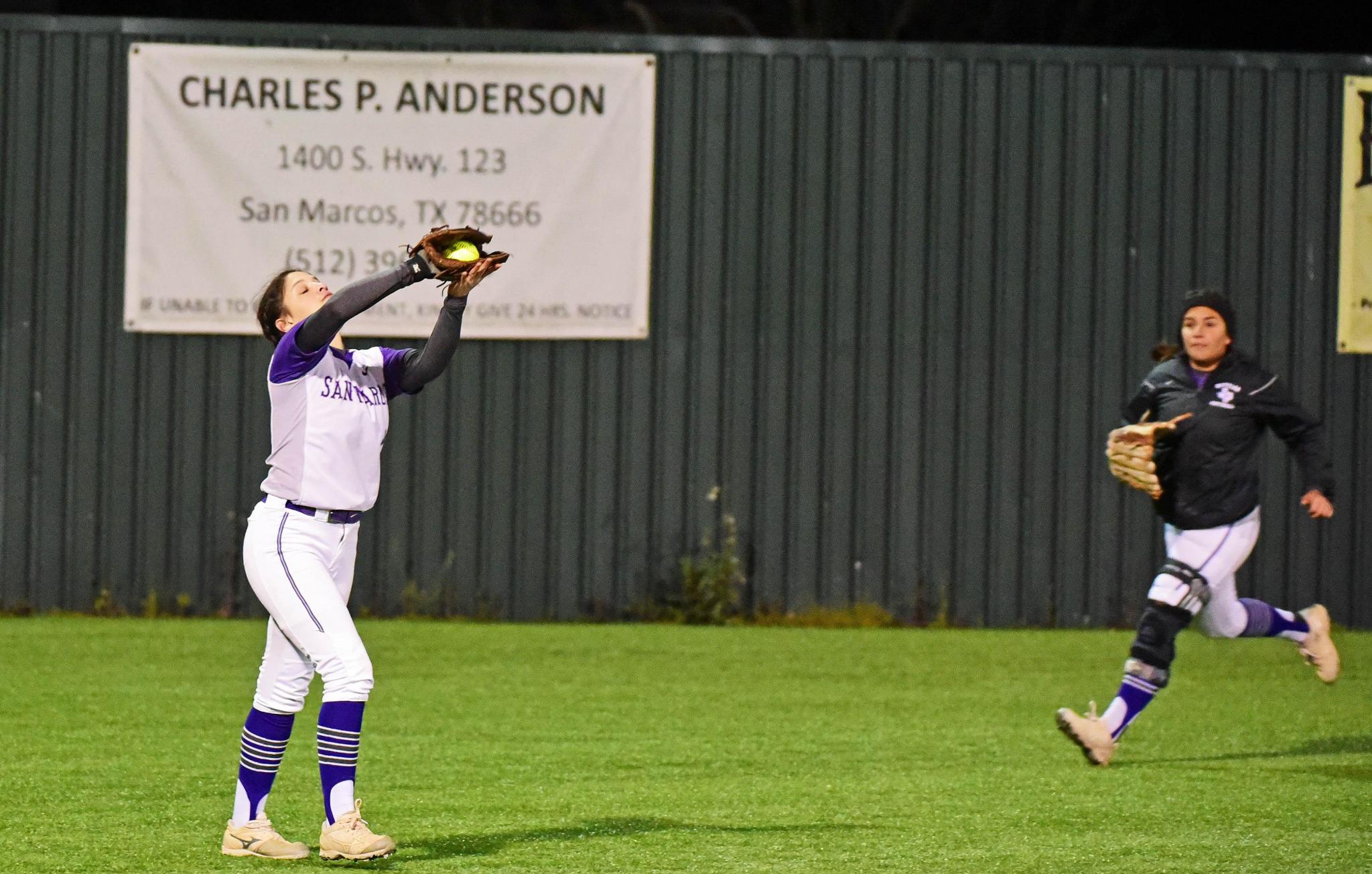 A few Lady Rattlers were hit with illnesses over the weekend during the Rattler Spring Break Classic. Head coach Cathy Stoughton had to change her starting lineup on the fly, putting some players in situations they hadn’t been in before.

The results were mixed, as San Marcos took seventh place in the silver bracket, but head coach Catherine Stoughton said she saw flashes of potential from the group that she believes the team can build off of moving forward.

“We’ve been kind of up and down,” Stoughton said. “That’s why we play our preseason and we play these tournaments. And I put us against these teams because I want teams that are going to expose our weaknesses and exploit every mistake we make because that shows us, as a team, what we need to work on.”

The hosts split their pool play games on Thursday, beating San Antonio St. Anthony, 6-2, and losing to Sweeney, 8-1, slotting them against Paris North Lamar on Friday.

The Lady Rattlers struck first in the top of the opening frame. Senior outfielder Ysa Gonzales reached first base with a hit to left field. Infielder Julissa Venegas blasted a double two at-bats later that nearly went over the fence to bring Gonzales home.

The visitors came back stronger, though, racking up five runs in the bottom of the inning.

“We’re not making some routine plays that we should be making right now,”  And then it snowballs. We’re letting one or two bad innings -- usually one bad inning define us. And we open the floodgates.”

San Marcos loaded the bases in the next inning with two walks and a hit by junior pitcher Heavenny Garcia. But the Rattlers were unable to bring anyone home. North Lamar hit another five runs in the third inning. The game ended during the fourth inning due to the time limit. The Lady Panthers took the 10-1 victory.

“I was pleased with how our bats came alive,” Stoughton said. “We were very patient at the plate. We really didn’t start getting anxious until we got behind by a big margin. And then everybody tried to take the team on their shoulders. But, there were a lot of good things.”

The hosts went on to fall to San Antonio Incarnate Word, 5-4, and Lufkin Hudson, 6-2, on Saturday. But the team capped off the tournament with a 10-2 win over Midland Greenwood.

San Marcos (8-9, 0-2 district) will return to league play on Tuesday when they face Cibolo Steele (8-10, 1-1) on the road. Stoughton said her team has to find a way to stay consistent.

“We’ve got to learn,” Stoughton said. “We’ve got a lot of youngsters and we’ve got some experienced players and some young players. And we’re making some very good plays and we’re not making some very routine plays. And so, right now, that’s the difference because we can’t afford to allow extra outs.”