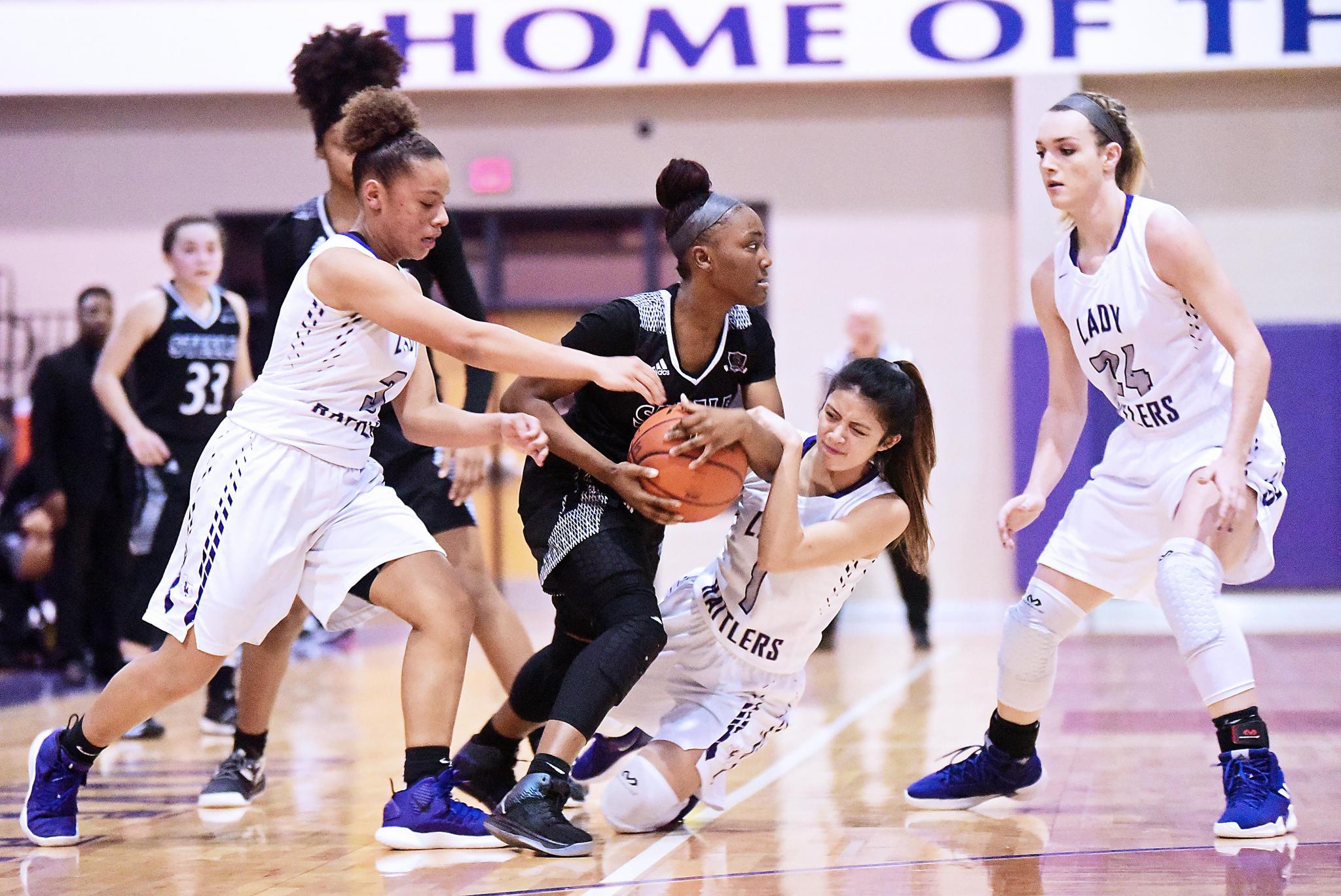 San Marcos and Cibolo Steele battled early in the first quarter. But the Lady Knights took over to take Friday night’s game inside the Snake Pit, 73-17.

San Marcos (18-10, 2-3 26-6A) got on the board first against Steele (15-8, 3-1) with a free throw from sophomore forward Faith Phillips. The Lady Knights responded with a 3-pointer from senior center Sydney Cajero to give them their first lead of the night at 3-1.

But the Lady Rattlers answered with a bucket from junior forward Miranda Lamb to even the score.

The two teams went back and forth until the game was tied at 7-7 midway through the opening period. Steele finished the first quarter on a 7-0 run to grab a 14-7 advantage.

The Lady Knights seized control of the game by going on a strong run to take a 42-7 lead. Cibolo Steele took a 45-8 advantage into halftime and took the game 73-17.

San Marcos looks to bounce back from Friday’s loss on Tuesday against Schertz Clemens at 7 p.m. inside the Snake Pit.