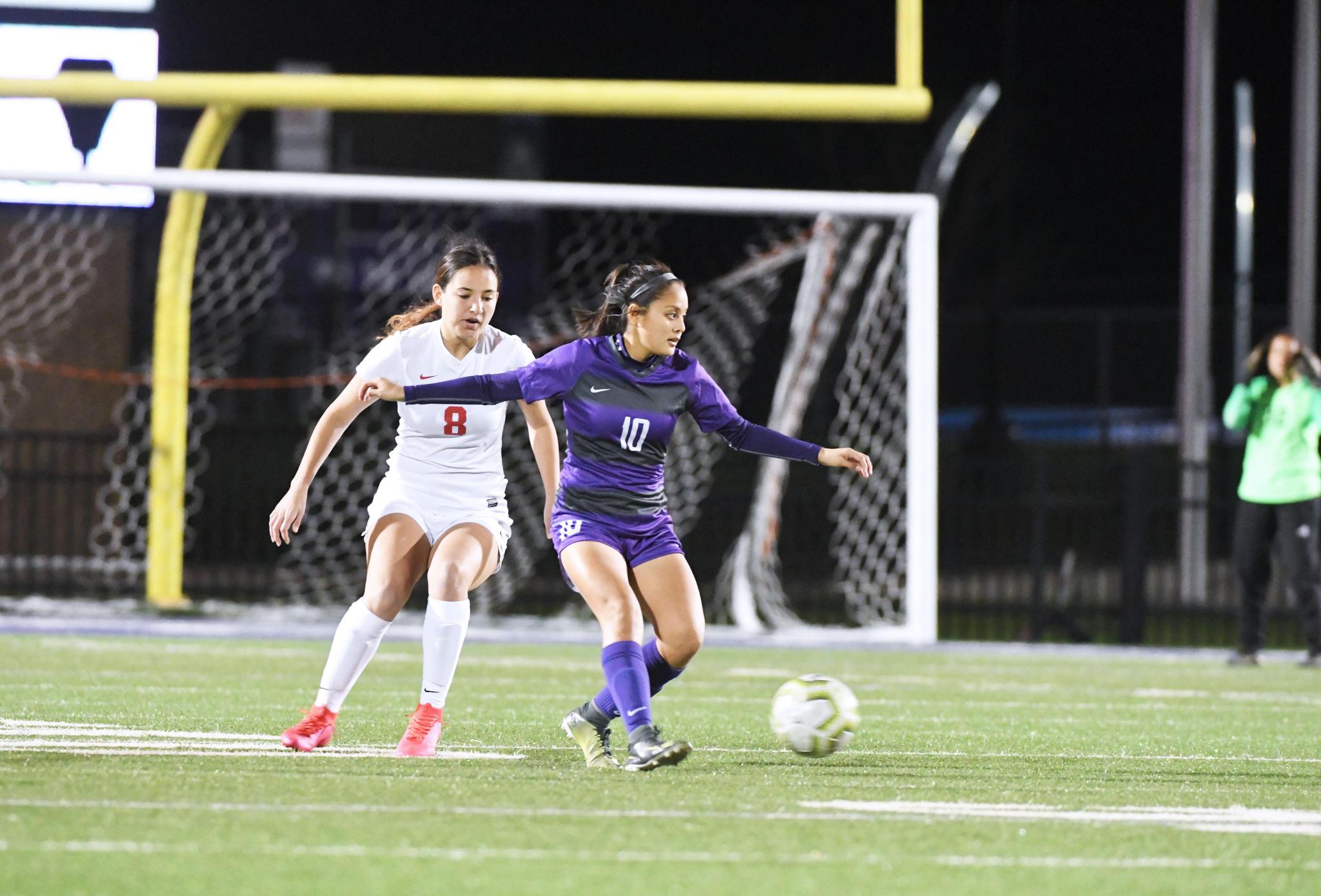 Communication is one of the main focuses for San Marcos this season. At the 24:33 mark of the second half of San Marcos’ home game against New Braunfels Canyon (8-1-3, 4-0-2 district), head coach Jason Carnley yelled across the field, “We gotta communicate ladies!”

But that was after the Cougarettes had already scored the second goal in a 2-0 win over the Lady Rattlers.

Carnley dissected the consistency of the team’s communication during each match, while taking away a lesson from Friday night’s missteps.

“It changes every game,” Carnley explained. “Some games, we're on point, we're talking and we're doing our thing. And then there's some games where it’s crickets. You know, we're much better than that. Now we know to communicate, you just gotta figure out when to do it at the right times.”

It only took 2:01 in the first half of the game for one of the district's top teams to get on the board. A cross from the visitors led to a header that found the back of the net early. San Marcos held its ground for the rest of the half, with senior goalkeeper Aubrey Reina collecting eight saves.

Canyon threatened back-to-back shots with 28 minutes left in the match following halftime but neither were good. Minutes later, the Lady Rattlers weren’t talking and fell out of sync for a split second, allowing the Cougarette offense to get position and strike over the middle, sealing the win.

Although the visitors scored two goals, Reina finished the game with 15 saves. Her coach had nothing but high praise for her in the loss.

“Aubrey’s fantastic. I mean every game she's growing, every game she is getting better. It's coming out, she's being strong, she's catching balls, she's going in the air,” Carnley said. ”We had two miscommunication errors and that kind of cost us but other than that, I thought we played really darn good and nothing but good things to say.”

“I want us to fight all the way to the end, every little whistle,” Carnley said. “(I know) toward the end of this game, we start getting tired. You can't have that. If you're a starter at anything, you should never want to come out of the game. That's the mentality you need to have, just get in there, fight all the way in, crawl off the field when you're done, and just, you know, get ready for the next one.”