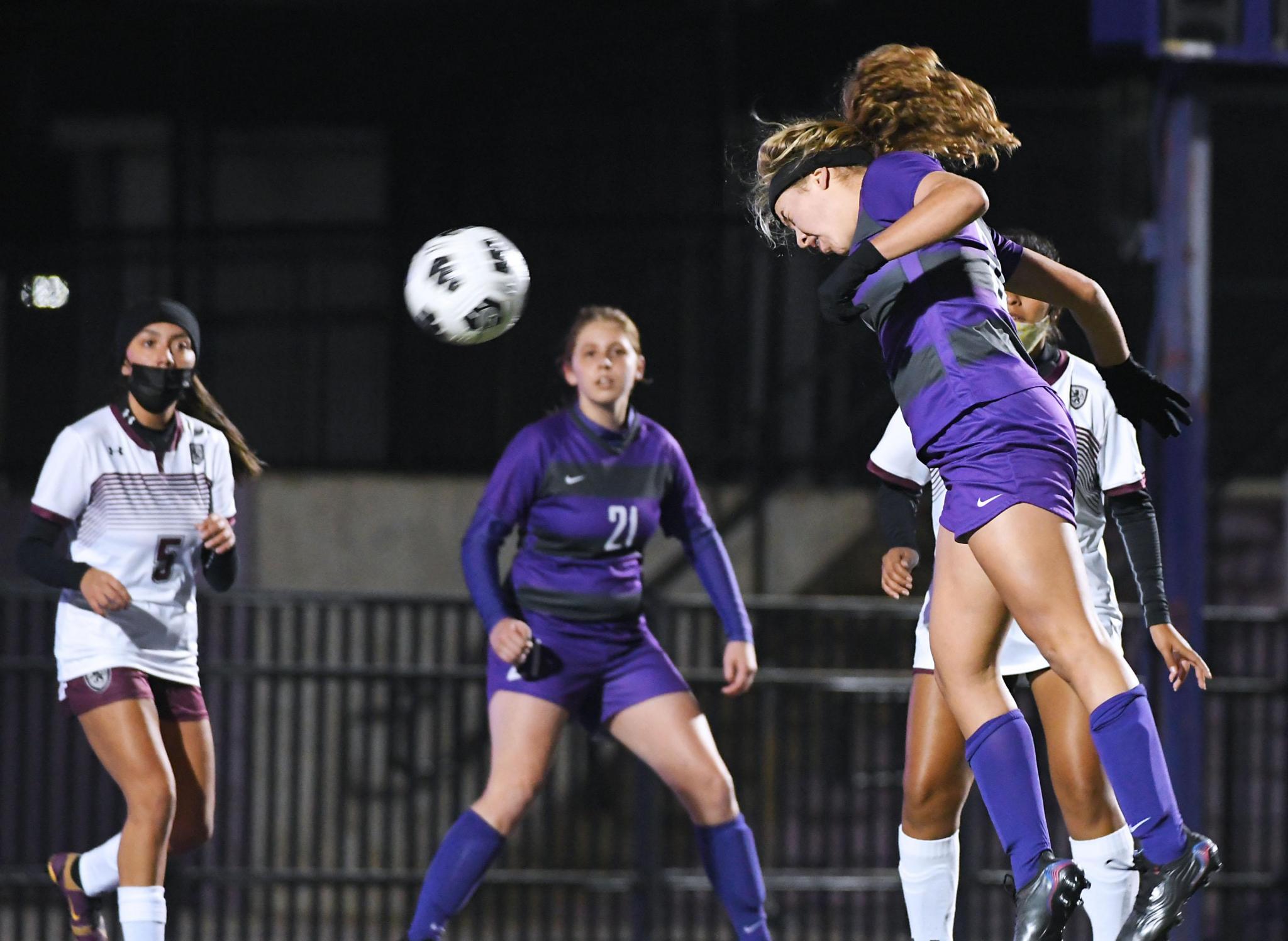 A new year can mean a lot of different things.

It can symbolize a clean slate, a page turned in the book of life or even a reminder to stay consistent in the things you’ve been doing well already.

For the Lady Rattler soccer team and first-year head coach Kassi Hormuth, 2022 is definitely the beginning of a new book in San Marcos Girls’ Soccer history.

They began writing their first chapter at San Marcos Toyota Rattler Stadium Friday evening, ending their first match of the year in a 0-0 stalemate against Lockhart. Although the result may not have been the big win the team wanted, new wrinkles of the team’s scheme, chemistry and attributes were put on display.

.@smhsLRSoccer head coach @KassiHormuth talks her first game as a head coach, a few of the impact players on her roster and tonight’s 0-0 tie against Lockhart. ⚽️⬇️@smdrsports pic.twitter.com/qSO3bRjoSP

“(The match) was good and it was exciting. We came out with some energy. I thought, although we didn't get the win, it was the best possession and ball movement that I've seen these girls have,” Hormuth said. “Overall, I'm not disappointed. I wish obviously we could've got that dub, but I saw some really good stuff out there. So it was a good game to come out with.”

The new-look Lady Rattlers are led by a dynamic mix of solid seniors and impactful freshmen, notably the additions of freshmen Anna Darling and Annalise “Marty” Martinez who help set the tone physically for their team.

“I've heard the girls say a bunch of times already this season, ‘we're so much more physical this year’ as opposed to last. I obviously wasn't here last year, so I don't know what the change was, but I see it.” Hormuth said. “I think those players, those freshmen that came in, they really do a good job of setting that physicality and Anna is just so reliable in the back line. I never have a doubt in my mind that she's going to take care of us back there. And Marty up top, she's just aggressive and creative and she's so dangerous.”

The physicality on the field was prevalent right from kickoff. It’s obvious Carl Thompson’s strength and conditioning program hasn't just been impacting the football team, as junior Kaya Jensen and Darling’s stoutness made their opponents fall to the turf whenever there was a collision between them and a Lady Lion trying to get steals.

While San Marcos (0-0-1) had an impressive 3-0 stretch in their preseason scrimmages, the regular season brings new competition, drive and elevated stakes. The purple and white learned a few more lessons about themselves throughout their match with Lockhart, and will look to hone in on them moving forward.

“The thing we need to work on is just playing together in that final third. Just that little finishing touch. But we’ve already improved so much since our first scrimmage, so I’m pretty proud of them,” Hormuth said. “(Communication) is something that we talk about every single day and it's not up to where we want it to be right now, but it's something that we're working on. I think the more that we play together, the more we get that team chemistry, that communication will come with that as well.

“So it's a work in progress. (Communication is) definitely critical. I know we had a couple mishaps that probably could have been prevented if we communicated. So it's an easy fix and I know that's something that we'll grow with throughout the season.”

San Marcos will look to get their first win of the year and hit the field again next Wednesday against New Braunfels Canyon (1-1-0) at 1:15 p.m. inside San Marcos Toyota Rattler Stadium.