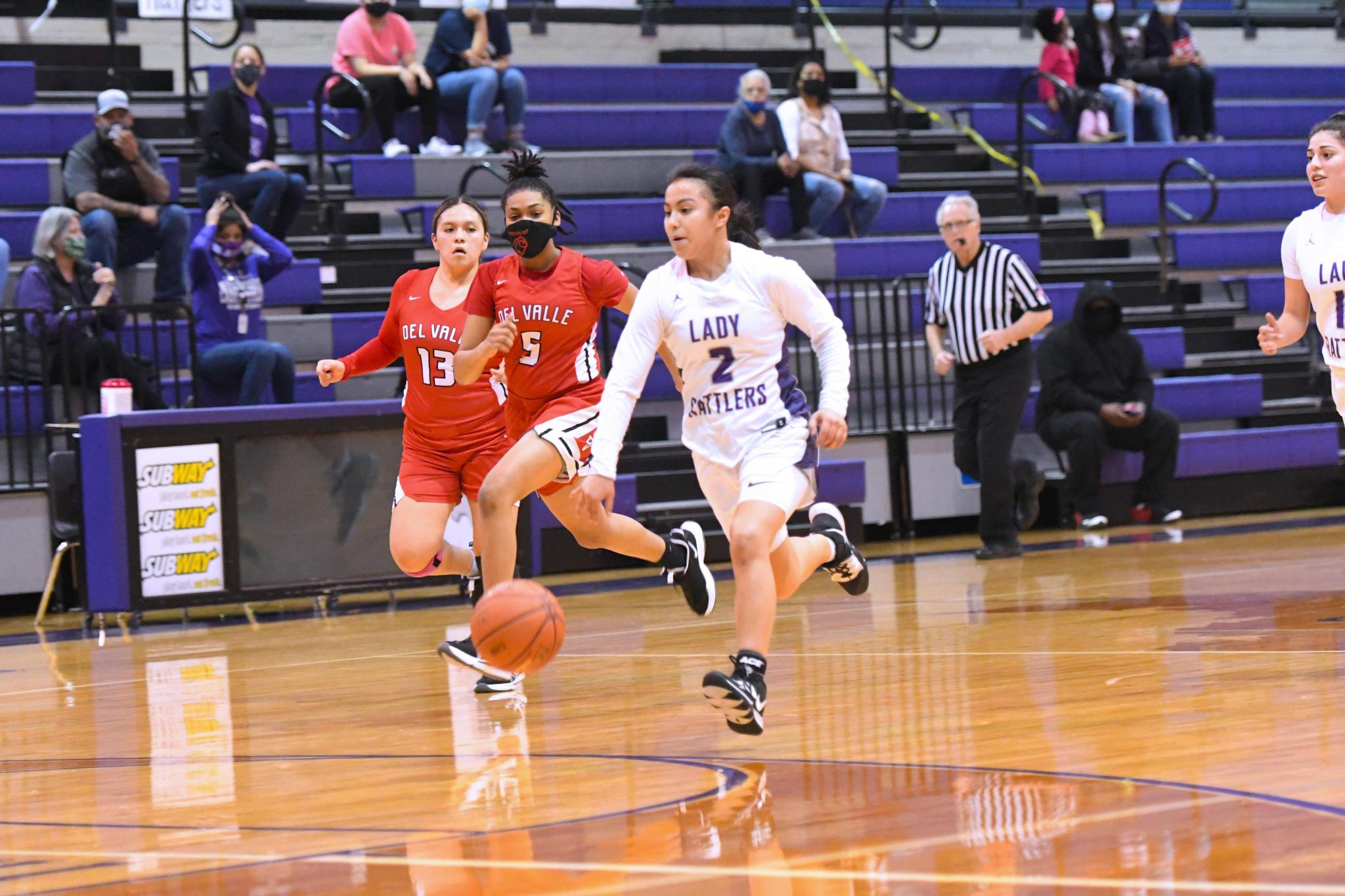 They've known each other since they were younger, played on the same team growing up, reunited at San Marcos and led their team to its most successful season since 2016. Now they can say they've collected awards together to add to their long list of accomplishments.

Seniors Kayla Presley and Faith Phillips we’re already the best players on the team as juniors, but in their senior year they turned into the best leaders, earning them both a spot on the All-District 26-6A First Team. Presley was the motor to a brand new sports car, always making plays when the gym seemed down or there wasn't any energy and she mostly did it on the defensive end. Her most impressive performance came against Austin Akins. With the score 23-22 at half, Presley took over the game by picking up a school record 12 steals in a game. The Rattlers outscored Akins 54-8 in the second half, mostly due to Presley’s defense leading to steals and routine layups in transition.

Phillips development over the season couldn't go unnoticed when watching the Lady Rattlers this year. Her bread and butter was knocking down an abundance of mid-rangers, getting a couple of tough layups to go and playing the two-man game with Presley in an efficient offense. As the season progressed, the senior discovered her go-to move by putting her defender in the spin cycle near the basket, which led to multiple and-ones.

“That's my go-to move on the post. I mean, I like teaching it to all the other younger girls on the team, too. So I've always thought that if you teach something, you learn it better,” Phillips said. “That’s whether it be in school or in basketball. So I think that's really what helps me do better in the game.”

Her 3-point shot became more consistent as the season progressed and she picked up an aggressive mentality to get to the basket. That showed up in her last two games on her home floor when she averaged 20.5 points and six rebounds. The St. Mary's commit can only get better as she takes on the collegiate challenge next.

Not far behind them was junior guard Angelina Sotelo who seemed to be the toughest player on the floor even if she sports the smallest frame. She can score the ball with the best of them and if put in an isolation situation, usually something good happened. Her emergence is one of the reasons San Marcos was so successful this year. Her play landed her on second team All-District.

She will be the leading scorer on the team next season with her ability to get hot from outside, finish around the rim despite her size and handle the ball with the best guards defending her.

Juniors Adelia Pierson and Chelsea Williams also received All-District honorable mention. With the awards, all five of the starters for San Marcos were recognized for their play this season.