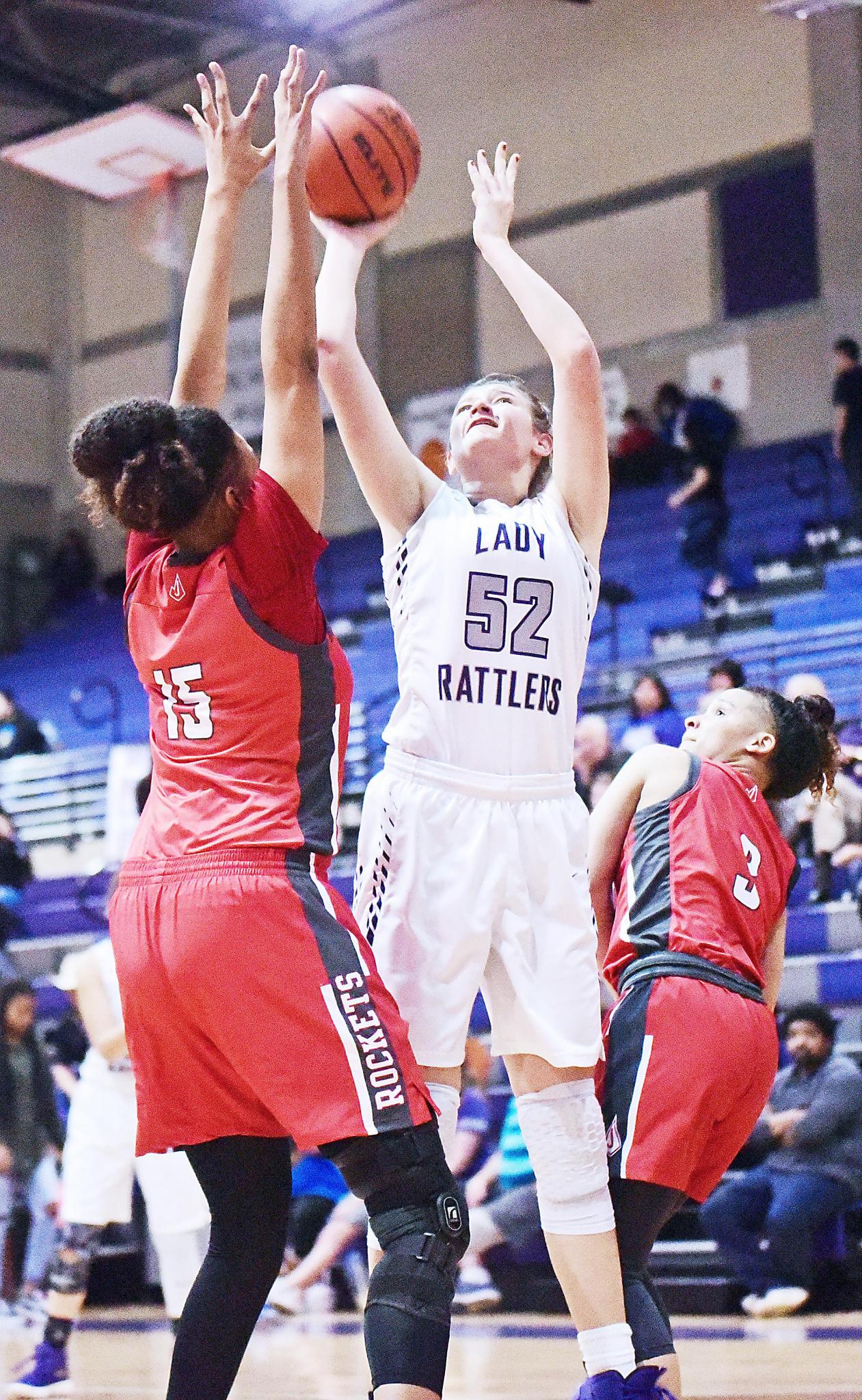 Lady Rattlers not quite ready for takeoff against Lady Rockets

San Marcos is a young team.

They featured just two seniors in Friday night’s 70-42 loss to Converse Judson inside the Snake Pit. The rest of the Lady Rattlers’ minutes were distributed to two juniors, a sophomore and five freshmen.

The Lady Rockets don’t have a single freshman on the roster. Three of the team’s top four scorers were seniors. That experience helped lead Judson to the 6A state championship last season, where it fell to Plano, 62-58, on March 3, 2018.

“(Judson is) very physical. Very athletic. Experienced,” head coach Veronda Kendall said. “You’re not going to just be able to go out there and run up and down the court and play blow for blow. You have to be disciplined. And I’d like to see us get better there.”

It’s not that San Marcos isn’t talented. The team has talent, as evidenced by the 20 wins it’s collected this season.

The issue comes in how the Lady Rattlers use their talent, and more importantly, how they combine them together. The Lady Rockets rarely make mistakes. San Marcos made too many.

“We had hoped to do some of the things that we talked about,” Kendall said. “One being able to slow the game down and being real picky in shot selection, taking control of the tempo of the game by getting into our sets. And we probably didn’t do that. I do think if we are able to improve in that area, we can play with teams like (Judson). But, you have to be so very disciplined on every possession. And we were just not.”

San Marcos is getting better each game. It lost to the Lady Rockets by 47 points as opposed to just 28 points in the teams’ second meeting. The Lady Rattlers have spunk.

Junior wing Miranda Lamb led the team with 12 points, followed by junior center Grace Latham with 10 and sophomore forward Faith Phillips with eight. All three will return next year, along with a handful of experience freshmen.

How do they get to Judson’s level?

“It’s just going to take some growing up and a little bit better trust in each other and in the process,” Kendall said. “You can’t always do what you feel. Sometimes you have to think the game and play smart. And I think we sometimes like to get ahead of ourselves.”