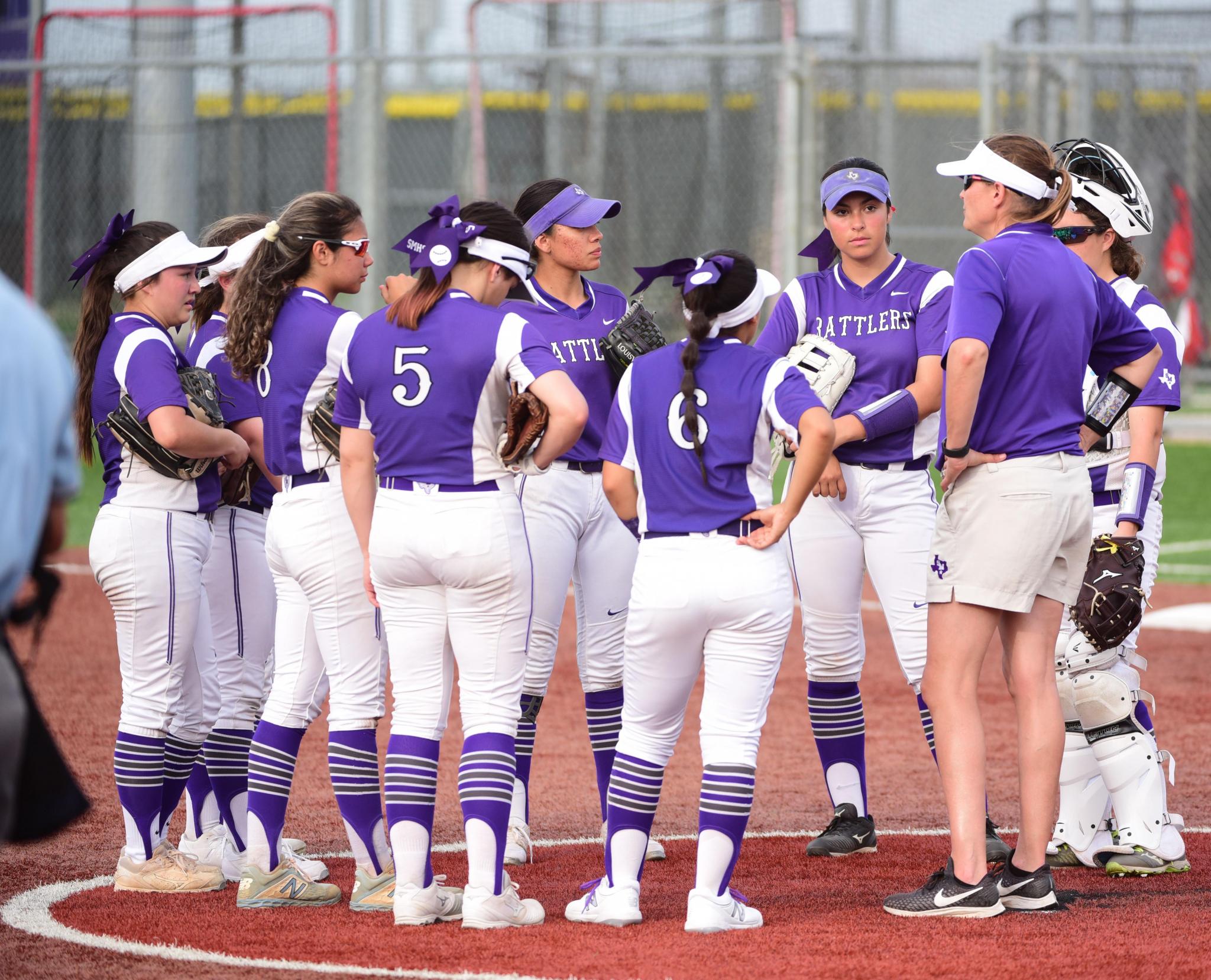 The ambulance needed to be on standby for head coach Cathy Stoughton, who suffered a few “mini heart attacks” and grew a few gray hairs in the midst of a 27-run battle on the field.

The veteran coach had seen many heart-stopping games in her lifetime as a player and a coach, but none crazier than this.

After putting up a season-high eight runs in the bottom of the fourth, Austin Westlake responded with nine straight batters reaching base. Every one of them scored, tying the game at 13-13, only coming after San Marcos was a run away from mercy-ruling the Lady Chaparrals. Following 17 runs posted by the two teams through the first four innings, the hosts’ single game-winning run came two innings later in the bottom of the sixth on an error, ending the game 14-13 in favor of San Marcos (8-3, 1-1 district).

Stoughton compared this game to games of the past.

“It’s up there, it’s definitely in the top five. I’d have to think really hard to find one that beat this because of the drama, just the trading back and forth of the big lead to losing the lead and never knowing what’s going to happen each inning. Everything was so unpredictable tonight, from the pitching, to the hitting, the base running, the defense on both sides was unpredictable between the two teams. I think we used five pitchers,” Stoughton said. “I told them whoever was hitting at the end of the game was going to win. I felt like that’s the way the game was going offensively and we were able to get that stop at the top of the seventh, which made me relax.”

Westlake (5-4, 1-1) posted three quick runs in the first. It didn’t scare off the then-tame Lady Rattlers, as their offense has become the identity of this team. San Marcos’ hitting was ignited by sophomore infielder Angelina Alverez letting off two shots to the moon down centerfield in the bottom of the second and third innings. She single-handedly got her team back in the game. Alvarez never hit multiple home runs in a game and tonight the Lady Rattlers needed all of them.

“The ball was just down the middle. It was just there for me, and I hit it over. I’ve just been working on down the middle pitches and keeping my swing level,” Alvarez said.

Sophomore starting pitcher Kayli Saenz threw three clean innings after the first but the team fell into a gaping hole of tough mental errors. Stoughton came out of the dugout yelling at her defense to get them locked in for the rest of the night as Westlake quickly made it a close game again. Junior Bitsy Silva was thrown into the fire in the top of the fifth with runners on base. Silva managed to get out of the inning, but not after the damage had been done.

“I was telling myself, ‘Don’t let them score,’ and it was hard. I wanted to at least keep it tied because I knew we got last at-bat because we’re home. So I was like, hopefully we pull through, hopefully I do good and I was super nervous,” Silva said.  “I don’t know if anyone noticed but when I got the last out, I just dropped the ball, and I was like, ‘I gotta go, I’m done.’ I was shaking, it was so bad.”

In the top of the seventh, Westlake got a runner on second. Silva, with her nervous system in full effect, threw a strike that caught the batter looking, effectively ending the dramatic finish to a circus-like game. You could tell the weight placed on the teams shoulders sunk in as they were just happy to escape what would have been a disastrous comeback. Everyone shared Silva’s emotions after the game and Stoughton finally exhaled.

Alvarez, along with her two deep shots, collected four RBIs in the win. Following in her footsteps was senior shortstop Kaylee Cavazos, who also tallied four RBIs on a 2-4 performance.

San Marcos returns to the field next Monday against school rival Buda Hays (11-3, 2-0) at Rattler softball field at 7 p.m.