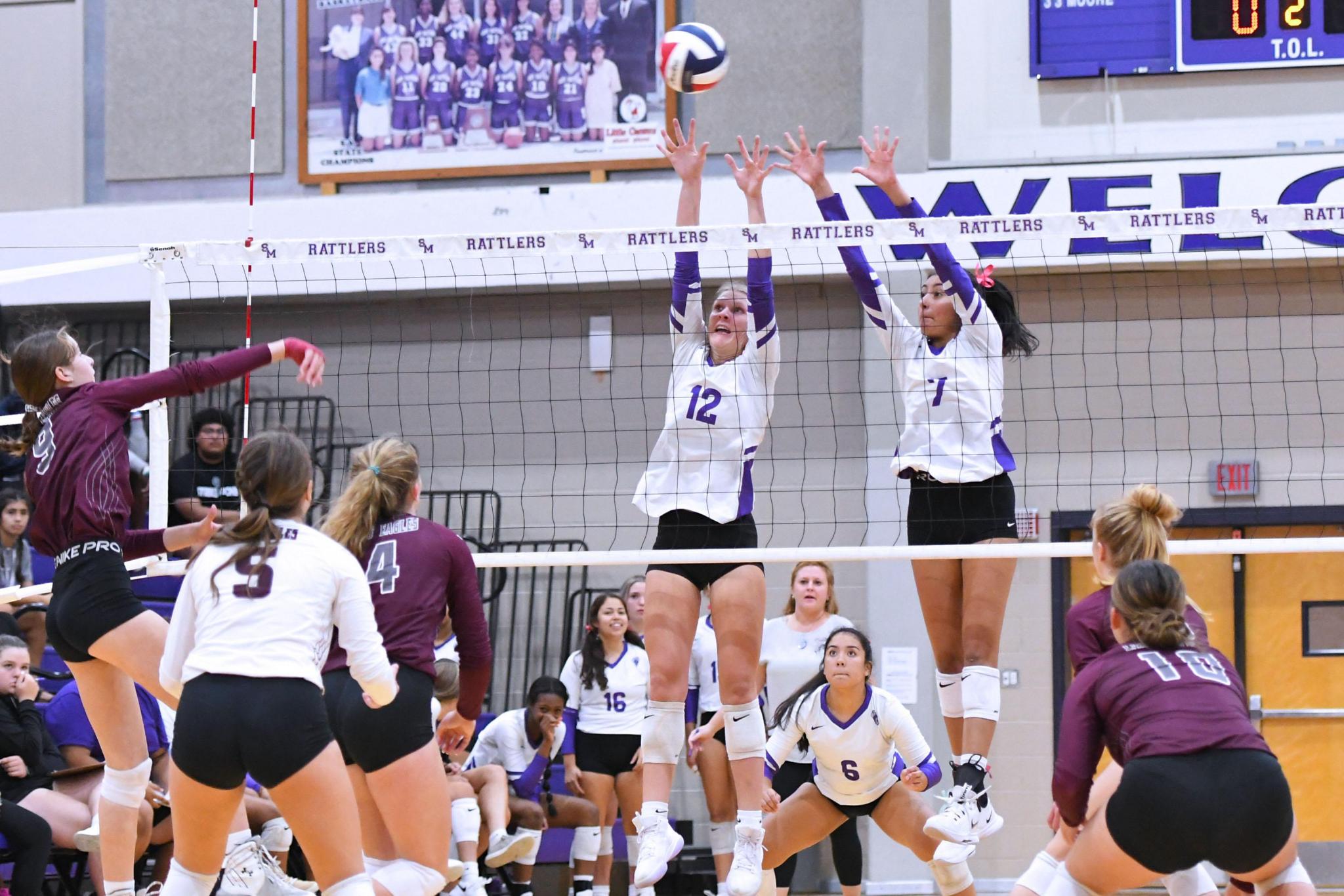 “I think they did a good job fighting back. I think Johnson City was a very talented, very scrappy team that was taking care of the ball and I think it was a good lesson for what’s in our district,” head coach Megann Ollett said. “We cannot let down, you cannot assume just because you put two away that the match is won (and) that someone’s gonna cow down because I think our district that we’re going into is very scrappy in the same way. So we’ve got to be out there ready to go and be ready to play for all three sets and make sure our energy is consistent and what we’re doing is consistent.”

While San Marcos may have not played their best volleyball in the only set they lost against Johnson City (23-10), they were still able to find some positives in the match that they’ll look to carry over to play in District 27-6A kicking off this weekend. The Lady Rattlers were able to respond to the adversity they faced from the 2021 2A UIL regional semi-finalist.

“I feel like our energy was really good,” senior libero Callissa Castro said. “We had our ups and downs but still did a really good job, our defense was on fire and especially (our) attacking—”

“I think we did a good job with coming back, (everybody) saw the third set. We kind of do that sometimes — we’ll dip — we did great the first two sets and then we dipped. But we learned from that and we know we can’t do that going into district so I think we did good at coming back from that (dip),” sophomore outside hitter Brinkley Reeves added.

San Marcos (19-12) plays their first district match against Schertz Clemens on Sept. 23 inside the Snake Pit at 6:30 p.m. The purple and white will look to build off the momentum from their five-match winning streak heading into district play.

“I think (playing Johnson City) was a great setup to see what we can do for district. It wasn’t an easy win — they had to work for it and play hard every point,” Ollett said. “And it was just good to get that competition, especially competition going into (a) district starting so late when everyone else is about five games in. I still want to continue to work on our blocking, our ball control (and) our serving — (specifically) not serving out of bounds. And still just mixing up our shots and being smarter, as well as just being more aggressive.”