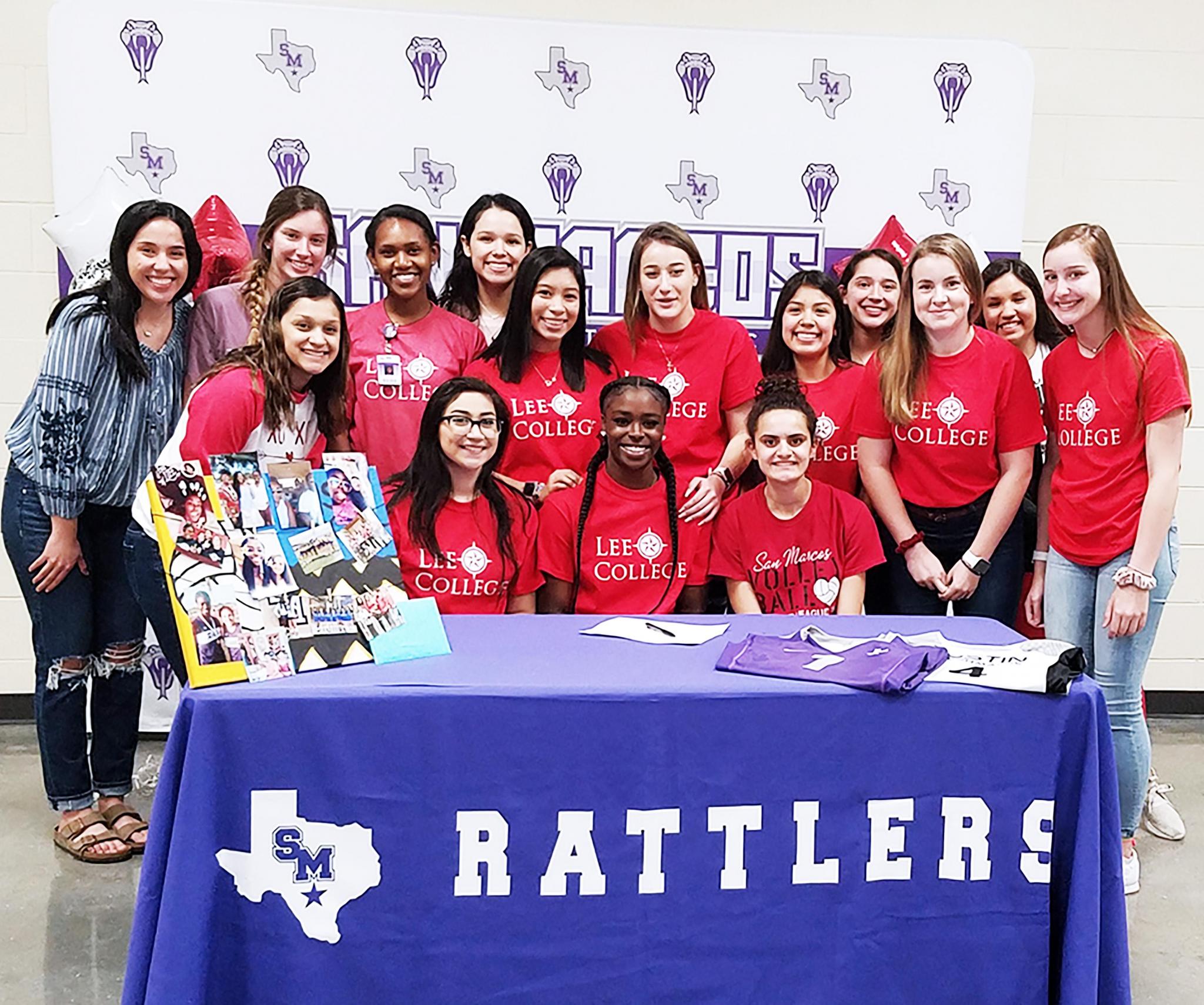 Michelle Moreno had a lot of talent in her 2015 crop of talent. One of the most talented was Shyeann Lampkin.

The head coach knew Lampkin well, having coached her two older sisters, and knew the potential that the middle blocker had. But to tap into it, Lampkin would need lots of reps and playing time, both of which were scarce on the freshmen ‘A’ team.

“When Shyeann came in her freshman year, she was strong, she could jump, she could hit the ball,” Moreno said. “But that ball was either going down or it was going out. Like way out, like through walls.”

Moreno made the decision to start Lampkin on the ‘B’ team instead so that Lampkin could work on her mechanics and smooth out the rough edges to her game. The freshman never complained, though, and did exactly what was asked of her.

“I was kind of sad,” Lampkin said. “But then, I was like, ‘I mean, I can get better from here and then keep on moving up.”

After a strong rookie season, the head coach brought Lampkin up to work with the varsity squad during the offseason. Moreno wanted to see how she handled the faster speed of the game.

Lampkin stuck around and impressed Moreno enough to earn a starting spot with the varsity team as a sophomore. She kept the spot for the next three years.

Lampkin’s two older sisters were both offered full rides to play volleyball at the collegiate level after their time with San Marcos was over -- Rosalind turned down an offer from Huston-Tillotson and Brittany spent time with Southern Arkansas and Panola College. The youngest Lampkin kept the tradition going, as she signed with Lee College on Feb. 14.

“(My sisters) factored a lot because seeing them do what they did helped me reach my goal and want to play and never give up, just like they did,” Shyeann said.

Lampkin said she wanted to go to a college that was competitive and feels she’s found the right school. Moreno thinks the senior is ready to take the next step.

“I’m excited to see what they’re going to be able to do with her, but I know she’ll step up,” Moreno said. “She’ll be able to just step up her game, do what she needs to do.”