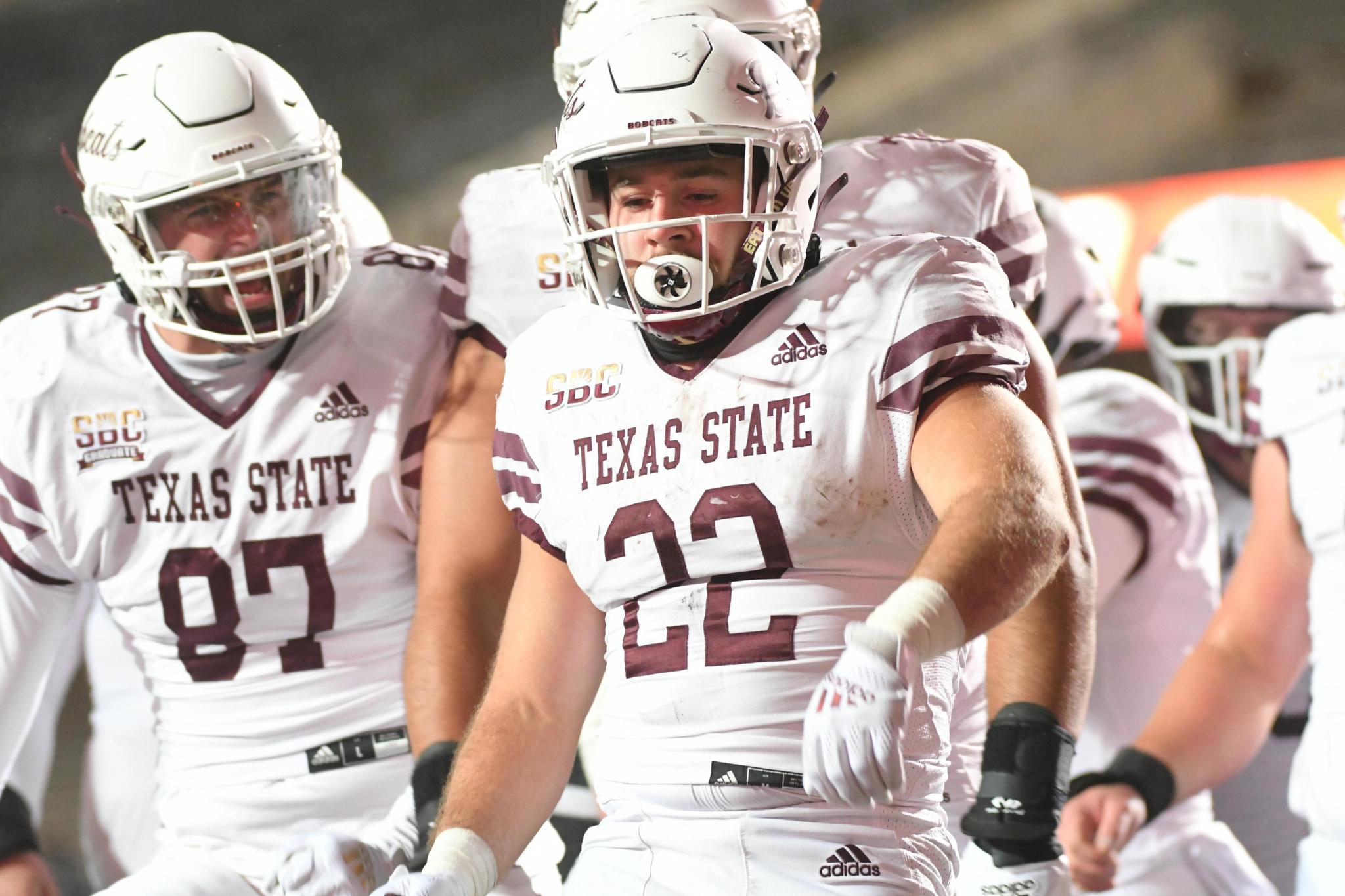 It was redemption for Texas State’s kicker Seth Keller as the redshirt junior booted a 29-yard field goal with two seconds left in the game to put the Bobcats over the Arkansas State Red Wolves in a thrilling 16-13 win.

It’s been the talk inside the locker room for head football coach Jake Spavital about continuing to fight back after a very tough four game losing streak that has seen the Bobcats lose three one-possession games.

“It was another wild game from us, what else would you expect from us,” Spavital said. “We’ve talked about how we’ve lost four straight in some heartbreaking ways but I’ve always said these kids will always keep fighting back. We had to work through a lot of adversity this week with our injuries and the amount of players that we are playing … we talked about being men about things having no excuses and not running from things but rather keep swinging.”

One of the biggest story lines coming into the game was the additions of both Layne Hatcher and Lincoln Pare who played for Arkansas State in the last couple years.

Hatcher finished the game with 196 yards passing while Pare lead the team in rushing with 19 carries for 75 yards and the Bobcats lone touchdown of the night.

Even though the duo didn’t show it, this game meant so much to them.

“You got Lincoln and Layne who don’t act like that it means much but it does,” Spavital said. “People who strap on helmets, understand the sacrifice, and the teamwork to play for Arkansas State and turn around to play for Texas State takes a lot of courage to go through all of that. Those two wanted to win that game and we gave them the game balls with everything they have gone through.”

But perhaps the biggest story of the night was Keller. 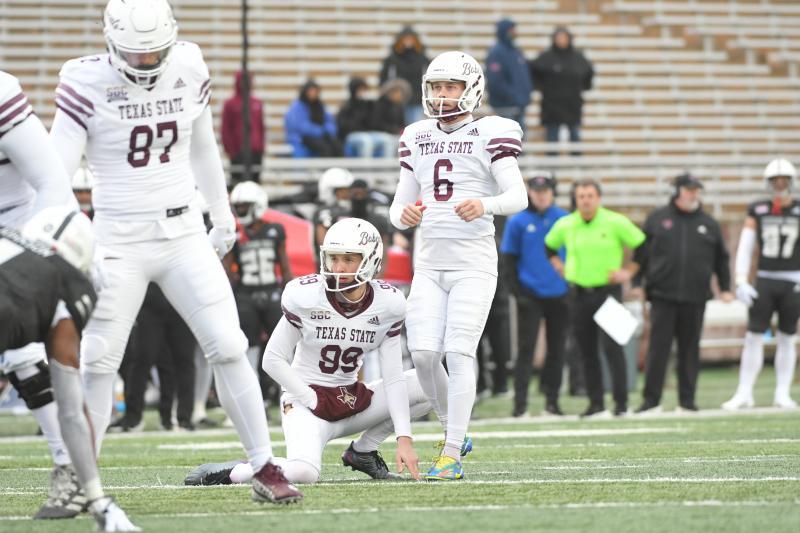 With Keller now two field goals away from becoming the all-time leader in field goals in Texas State history, the senior overcame his demons following a missed game winning kick from the Louisiana Monroe game to kicking the game winning field goal on Saturday.

After the failed game winning field goal against ULM, Keller went through the process of not kicking the ball but rather taking the mental preparation for the next time he was to put in that scenario.

“Since that kick against ULM, I’ve done a lot of mental reps,” Keller said. “I envision myself in that same scenario where I’m seeing the ball going through the goal posts instead of wide right. Mental reps are almost more important than physical reps when it comes to field goal kicking … I’ve heard many kickers talk about it’s just a routine kick that you have done a thousand times. You know you can do it so just believe in yourself, know that you are ready for this position you’re in, and go out there and execute.”

As Keller explained, it wasn’t about physicality of kicking the football but rather the process behind it.

“You’re not hitting the ball but just swinging the leg and envisioning the ball going through the upright without having a ball,” Keller said. “It’s watching film or laying in bed at night, closing my eyes and seeing goal posts in your head while watching the ball go through. You focus on taking your steps back and into the side while seeing the snap and the hold in perfect execution. It’s just going through that over and over again in your head.”

It was that experience against the Warhawks that gave Keller the opportunity to succeed where he failed against Arkansas State.

“Before the ULM game, I’ve never had a game winning opportunity,” Keller said. “You go through situations like that in practice to make sure you are ready but nothing comes close to experiencing that during a game. The ULM kick I would never trade it for anything else, though I would have loved to make it, but I knew what it felt like so I was ready for this kick when it came.”

Texas State looks for not only win number five but also their first victory over the Louisiana Ragin’ Cajuns in the regular season finale Saturday, Nov/ 26 at 4 p.m. at Bobcat Stadium in San Marcos.