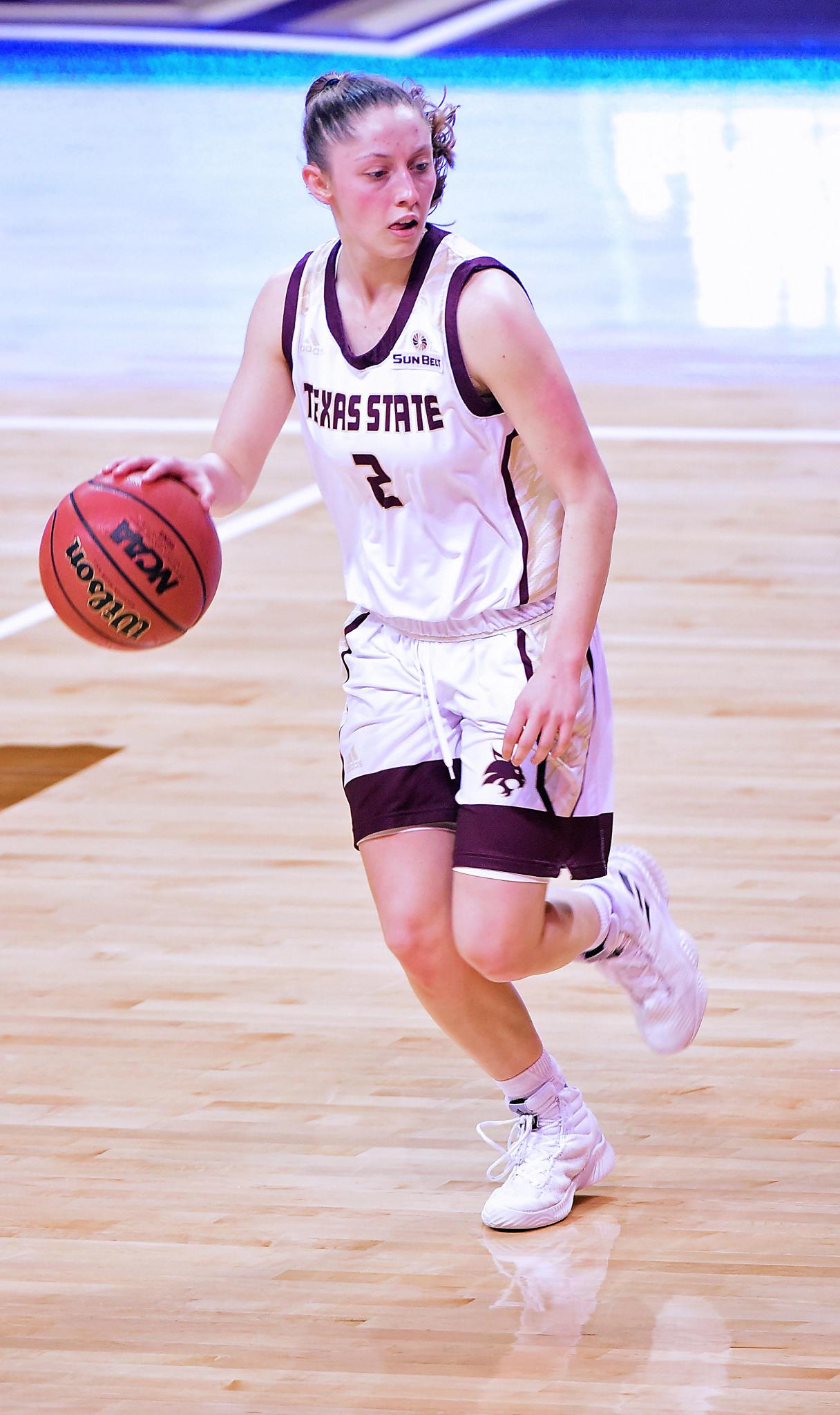 During Texas State’s 511-mile bus ride from San Marcos to New Orleans on Monday, head coach Zenarae Antoine blew her whistle a few times to get her players’ attention.

“Wake up! Wake up!” Antoine said in a sing-song voice. “We’ve got a Bobcat announcement. We have a first-team all-conference player on this bus.”

The team began clapping before Antoine even revealed who it was.

The senior guard was named to the All-Sun Belt Conference First Team Monday afternoon. Leavitt averaged 16.5 points, 1.4 rebounds, 3.3 assists and 1.7 steals per game and led the league with 105 3-pointers made in 30 games as a starter this season.

This marks the second consecutive year a Bobcat has picked up first-team honors. Last season, then-senior guard Taeler Deer earned the distinction while Leavitt was named to the second team. Leavitt is the 12th player in program history to collect the laurel.

Leavitt holds multiple Sun Belt records for 3-point shooting, including most made in a single game (10), single season (137) and a career (359). She is a career 39.7 percent shooter from deep.

“What an honor for our program and for Toshua to be named first team All-Sun Belt," head coach Zenarae Antoine said in a statement. "It is a well-deserved honor with her breaking various records at Texas State, in the league, and nationally over her four years in the maroon and gold. It is a great day to be a Bobcat!”

This season, Leavitt helped lead her team to go 14-16 overall and 9-9 in conference play — good for the No. 6 seed in the Sun Belt tournament. Texas State is slated to face No. 7-seeded South Alabama on Wednesday at 2 p.m. inside Lakefront Arena in New Orleans.

After announcing the news on the bus, Antoine asked the senior guard if she had anything to say. Leavitt looked around and shrugged at a loss for words.