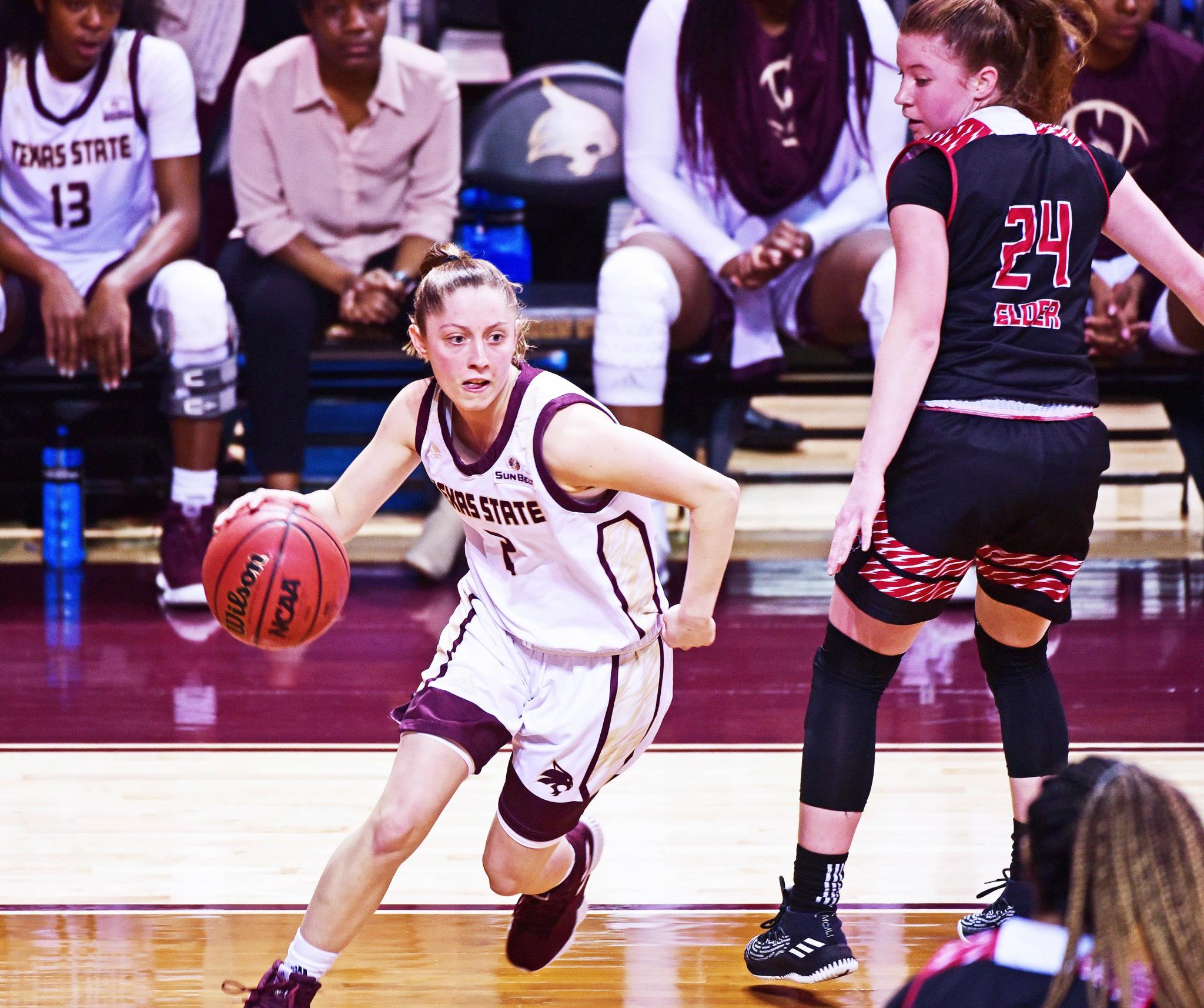 "It has always been a dream of mine to play professional basketball," Leavitt said in a statement. "I had an amazing career at Texas State, and I was able to accomplish many of the goals I created for myself. I had tremendous coaches that have given so much to me and have taught me so much about life and basketball. I am so blessed and thankful for the impact they have had on my life. I am beyond blessed and excited for the opportunity in Germany. It is exciting to think about what the future holds for me in this journey."

Going pro wasn’t always a certainty for Leavitt. Three days before her final regular season game with the maroon and gold, a 44-41 loss to UT Arlington on March 9, Leavitt was asked what was next for her after college. She had a response, but not an answer.

“I’m not sure what’s next,” Leavitt said. “I’m just going to try to play the best I can the rest of the season and just worry about that. And, you know, if I can continue to play basketball, that’s what I’ll do.”

She did just as she said in her next two games, dropping 16 points against the Mavericks to go along with five steals, then followed with a 24-point outing in a 68-67 loss to South Carolina in the second round of the Sun Belt tournament on March 13. Leavitt played all 40 minutes and led the team in scoring in both contests.

Despite being the all-time school and conference leader in made 3-pointers for a career (363), single-season (137) and single-game (10) and being named to the All-Sun Belt teams twice, Leavitt went unselected in the 2019 WNBA Draft. But now, three months after the end of her collegiate career, she’s followed through on the second part of her prophecy.

Eintracht Braunschweig, located in Braunschweig, Germany, finished last season with a 6-17 record. The team reached the 2019 DBBL playoffs as the eighth seed, but were swept 2-0 by top-seeded Herner TC, who went on to win the championship.

Leavitt will likely continue in her role as a volume scorer and perimeter threat. In four years with the Bobcats, she averaged 12.5 points and shot 39.4 percent from deep on 7.5 attempts per game. She’ll be the second player in the past two seasons under Texas State head coach Zenarae Antoine to continue her basketball career overseas. Fellow former guard Taeler Deer played with Kouvottaret of Finland last year and recently joined Cinkarna Celje of Slovenia.

"I am very excited for Toshua to fulfill a dream to play professional basketball," Antoine said in a statement. "She has worked very hard to earn her degree as a first-generation college student and now becoming a professional basketball player adds to the many positive markers in her life. Like her Bobcat teammates before her that are playing professionally, she knows that she and an entire Texas State community behind her cheering for her."

Leavitt and Eintracht Braunschweig will begin the 2019-20 season this fall.