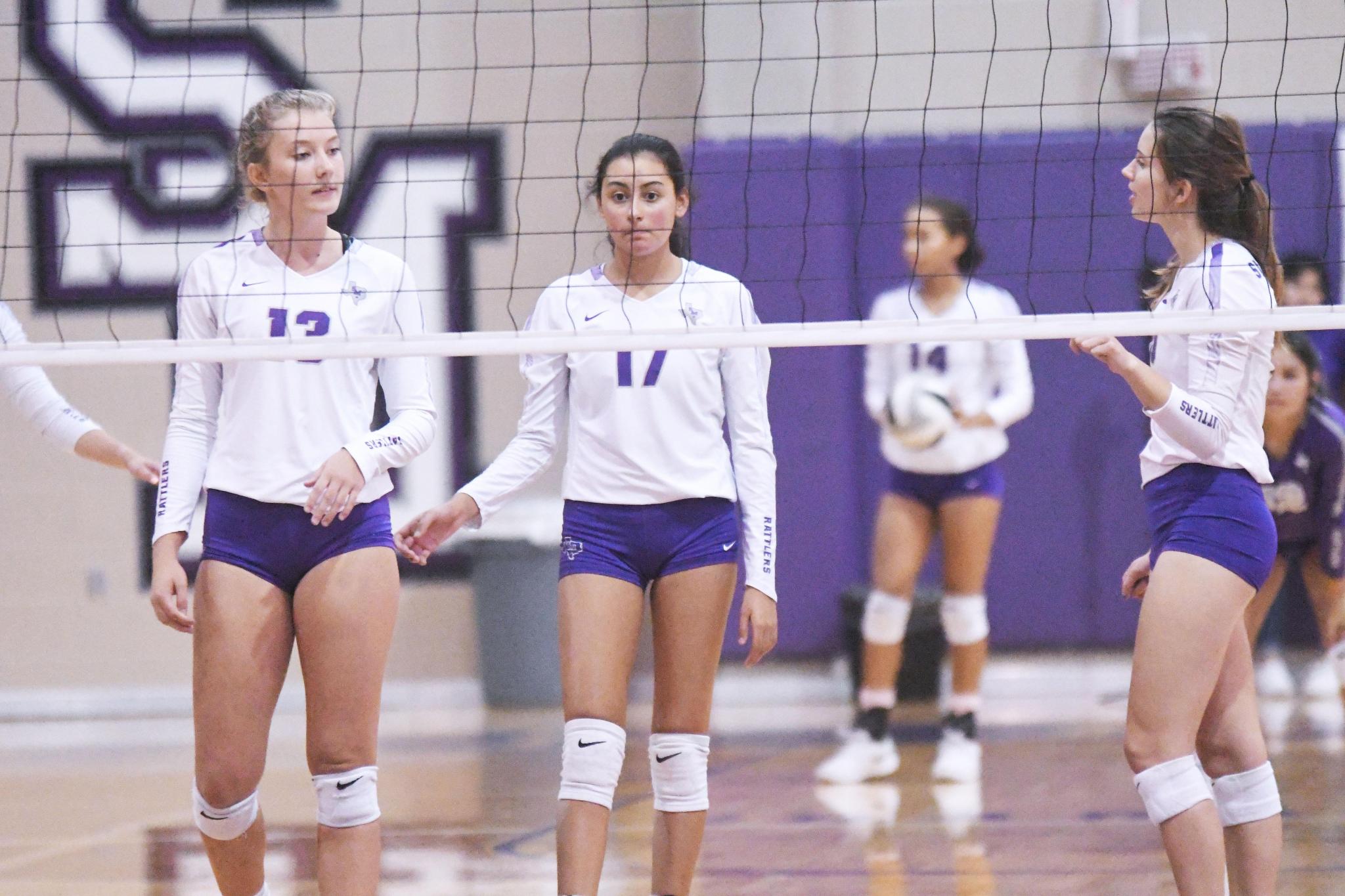 Liana Guerra finding her place in her first season

Being the only freshman on a team is tough.

The pressure that comes with it is something you think about at every workout, every practice and every game. You must be mentally stronger than the average person. You have to adjust to the speed of the game on the fly. You have to work harder than the majority of the athletes your age. And all eyes are on you from day one.

These are the challenges freshman middle blocker Liana Guerra faces every day on the San Marcos volleyball team.

There’s something new Guerra has to adapt to every day. But the first-year varsity starter has taken it in stride.

“She is adjusting. All these games and every week, it’s just a little bit better and that’s all we’re asking, is that she gains confidence and gets better and improves,” head coach Michelle Moreno said. “Her being a passionate player and a smart player has helped her to develop and the girls have gelled, so they’re working together and I think that improves her game. And they see that she’s working hard, so its a good chemistry.

“If they can fulfill the job, freshman or not, I’m going to find them a spot on the court.”

Guerra’s production in the middle for her team this year has been magnificent. Her 11 blocks on the season rank second on the team, while also contributing 45 kills to her stat line makes her a threat offensively.

The first-year player credited the summer league for putting her in this position. This league consists of younger players that are coached by high school teammates who taught them what to expect coming into a new level of volleyball.

But her play isn’t the only thing that landed Guerra a spot on varsity. The passion on and off the court for the game highlights her talent, which was something Moreno was sold on watching Guerra in summer league and in tryouts.

“What I liked about her when she was playing in junior high games — and even when she was playing in the summer — was the passion,” Moreno said. “She gets so excited when she scores or her teammate scores. The first week, she was a little quiet, but I pulled her aside and told her ‘One of the things I like about you is your passion, so don’t be afraid to talk and be passionate out there.’ The selling point was the passion… I figured if you got a kid who’s passionate, their gonna work hard and they wanna play.”

That passion stems from the middle blocker’s love of the game from a young age and the potential of how good her team can be when they are energetic. It keeps her on the court. Her aura finds itself surrounding the team each time they step onto the court. You can find Guerra cheering on her team each play, whether it’s from the bench or when she makes a highlight play for herself.

“It’s exciting to see,” Moreno said. “I love to see the kids grow from year-to-year, and in this case week-to-week. I knew it was in her, I believe in these kids and their potential and I think it’s my job as a coach to push to get them there. And when I see her make those big plays, it’s like she’s on track, this is what we want.”

The freshman and her team will head into district play for the first time together this week, taking on East Central at 7 p.m. Friday inside the Snake Pit. Guerra doesn’t know much about what to expect in district play, but is anxious to find out.

“I’m (excited, ready and nervous), but mainly nervous because it’s very new to me and I don’t know what can come with it,” Guerra said. “Just new challenges that I’m going to have to face with my teammates.”