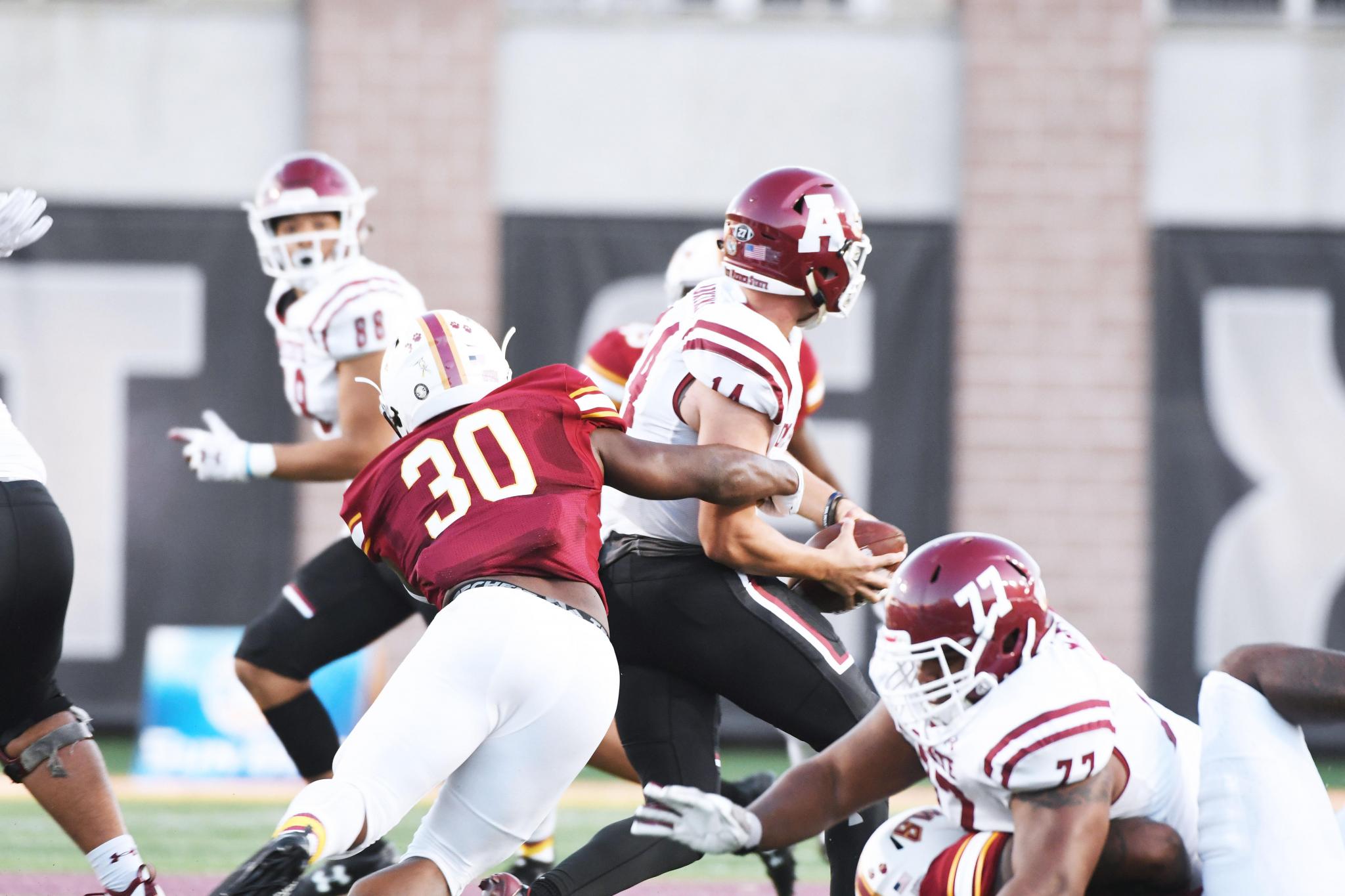 London was recognized on the all-conference First Team for the second time in his career, the first time coming in 2017. It’s the third consecutive year he’s been listed on an All-Sun Belt preseason squad. The Converse native was also a First Team selection in the 2018 postseason awards, leading the league last year with 9.1 tackles per game.

Daniels was named to the Second Team Defense at the end of last season and kept the distinction this preseason. The League City Clear Creek graduate was the No. 1 tackler for the Bobcats in 2018 with 108 total stops.

Brewer was a Second Team Offense preseason selection for the third year in a row, coming off an All-Sun Belt honorable mention last year. The Dallas native started in ever game for Texas State last year, splitting his time at center and left tackle and allowed just one sack all season. Pro Football Focus rated Brewer as the top run blocker in the league with a grade of 78.8 and second-best pass blocker with a grade of 86.2.

London and Brewer, along with head coach Jake Spavital, will represent Texas State at the Sun Belt Media Day in New Orleans on Monday. The Bobcats’ season begins Thursday, Aug. 29, in College Station as they take on Texas A&M at 7:30 p.m.

The National College Football Awards Association (NCFAA) announced on Friday that Aaron Brewer was placed on the 2019 Rimington Trophy Watch List. Named after Dave Rimington, a two-time consensus All-American for Nebraska who went on to play for the Cincinnati Bengals and Philadelphia Eagles in the 1980s, the award has been presented to the most outstanding center in NCAA Division I college football since 2000. Brewer is one of 81 student-athletes on the Watch List. The NCFAA determines the winner as the center who receives the most All-American First Team votes by the Walter Camp Foundation, Sporting News, and Football Writers Association of America.