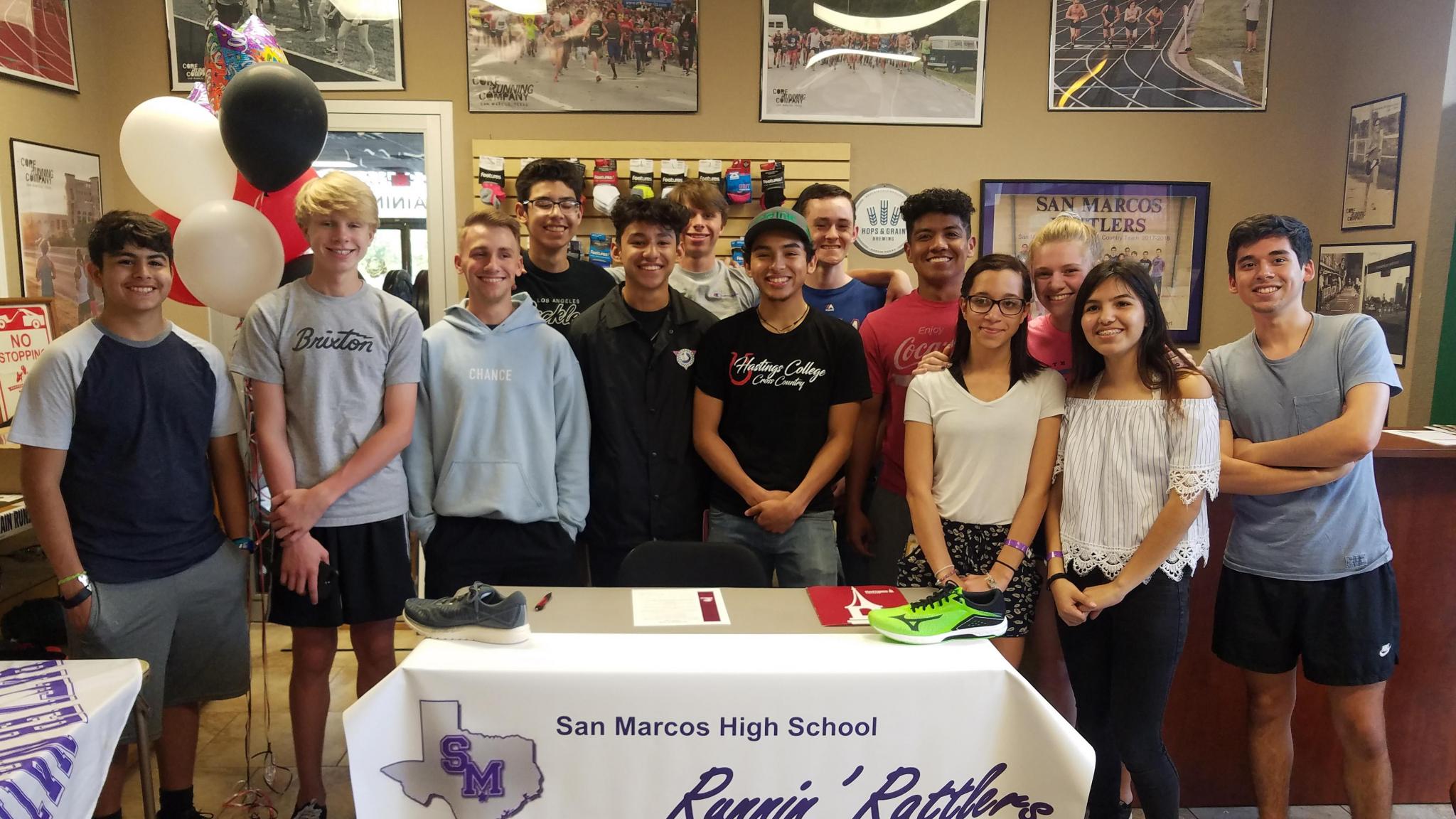 On Wednesday, Lopez signed a letter of intent at Core Running Company, receiving a full scholarship from Hastings College, located in Hastings, Neb.

“Going out of state is a new start for me,” Lopez said. “So I want to go out there, make a name for myself and hopefully get a couple titles underneath me if I get to that level.”

San Marcos head coach Michael Morris said Lopez has a lot of potential and thinks the runner will be able to reach it at the next level.

“Every coach I’ve talked to, I’ve told them that he’s going to be that kid who is probably the diamond in the rough,” Morris said. “Under the right tutelage, he’s one that has a lot of the right kind of attributes to really be good … He’s got some good speed on him but he’s also got a lot of toughness. I think that’s just going to carry through.”

Lopez said going to an out-of-state college has always been a goal for him. He liked the small-school feel of Hastings College and is excited to join the Broncos.

“They did offer me full tuition, so I’m really blessed to receive that,” Lopez said. “But also the team, they’re really tight, so I like it. It reminded me of the family that I have down here from my team.”

The senior, in the midst of his final season at San Marcos, will run the 1,600 meters at the Texas Relays on Friday in Austin. The event will begin at 4 p.m. inside Mike A. Myers Stadium.

It’ll be his second time participating in the meet. Lopez was a sophomore when he ran the first time as the only non-senior member of the Rattlers’ 4x800-meter relay team.

“I feel pretty hyped about it,” Lopez said. “I feel like I’ll go out there, do pretty good. When I run, I really set down the pace and race. So, I’ma go out there and give it all I’ve got and do something big.”