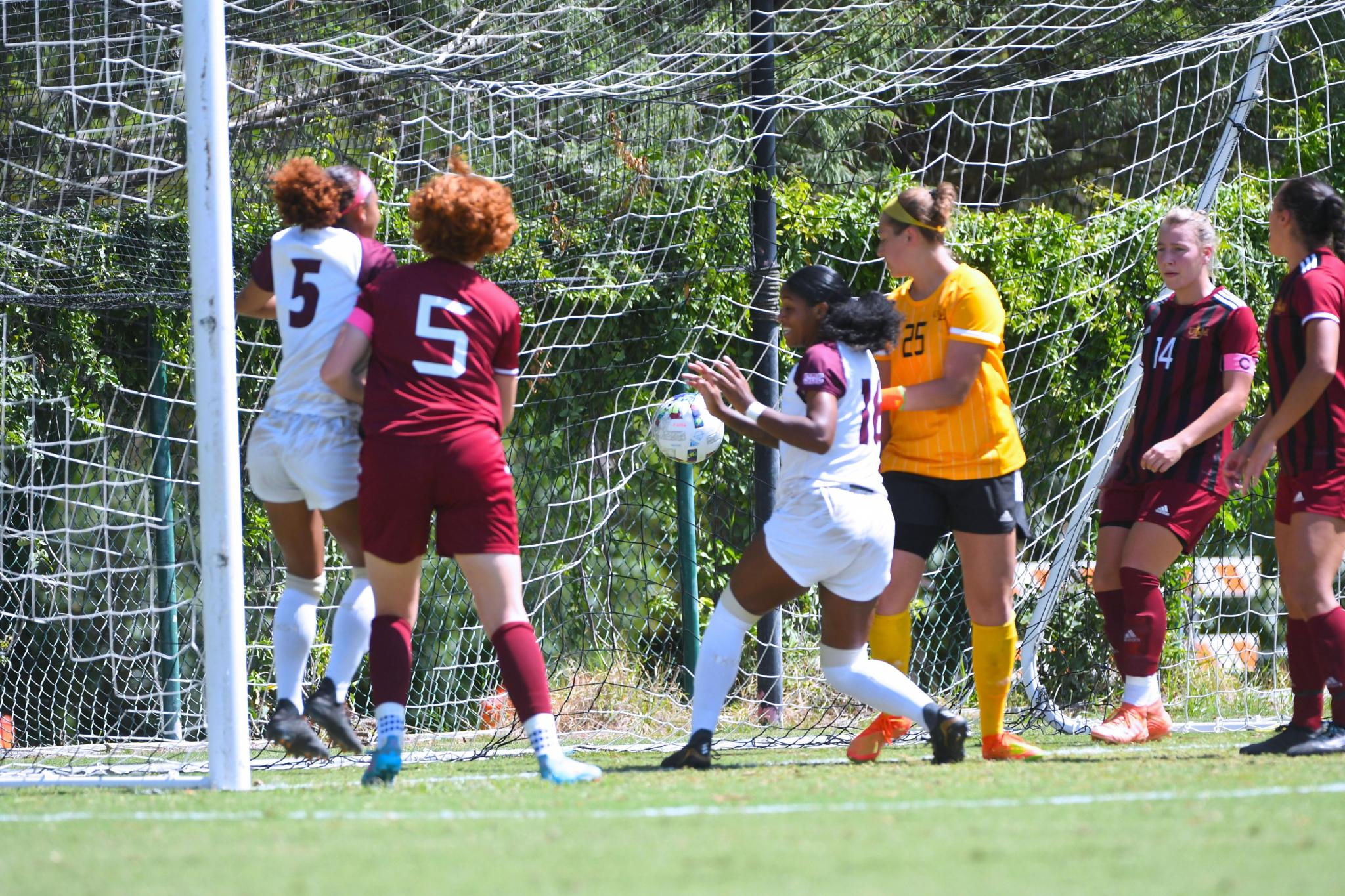 Goss earned the honor after scoring three goals against ULM at Bobcat Soccer Complex in San Marcos on Sept. 25. Two of Goss’ goals came during the first 18 minutes of the match. The award is the first weekly accolade that the sophomore has picked up during her first two seasons in San Marcos.

“(The) Bobcats’ sophomore midfielder Madi Goss tallied her first career hat trick in Texas State’s 4-1 win over ULM. The Garland, Texas native is the first Bobcat to record a hat trick since 2015,” the Sun Belt said via a press release. “Goss leads the team with six goals on the year, and her three-goal performance marked the twelfth time in program history that a Texas State student-athlete tallied at least three goals.”

Texas State Soccer is racking up wins as well as awards, jumping out to an 8-1-2 start overall and a 2-0-1 start in Sun Belt Conference play. The maroon and gold’s next matchup will be in Hattiesburg, Miss., where the Bobcats will face off with the Golden Eagles at Southern Miss Track and Field and Soccer Complex at 12 p.m.