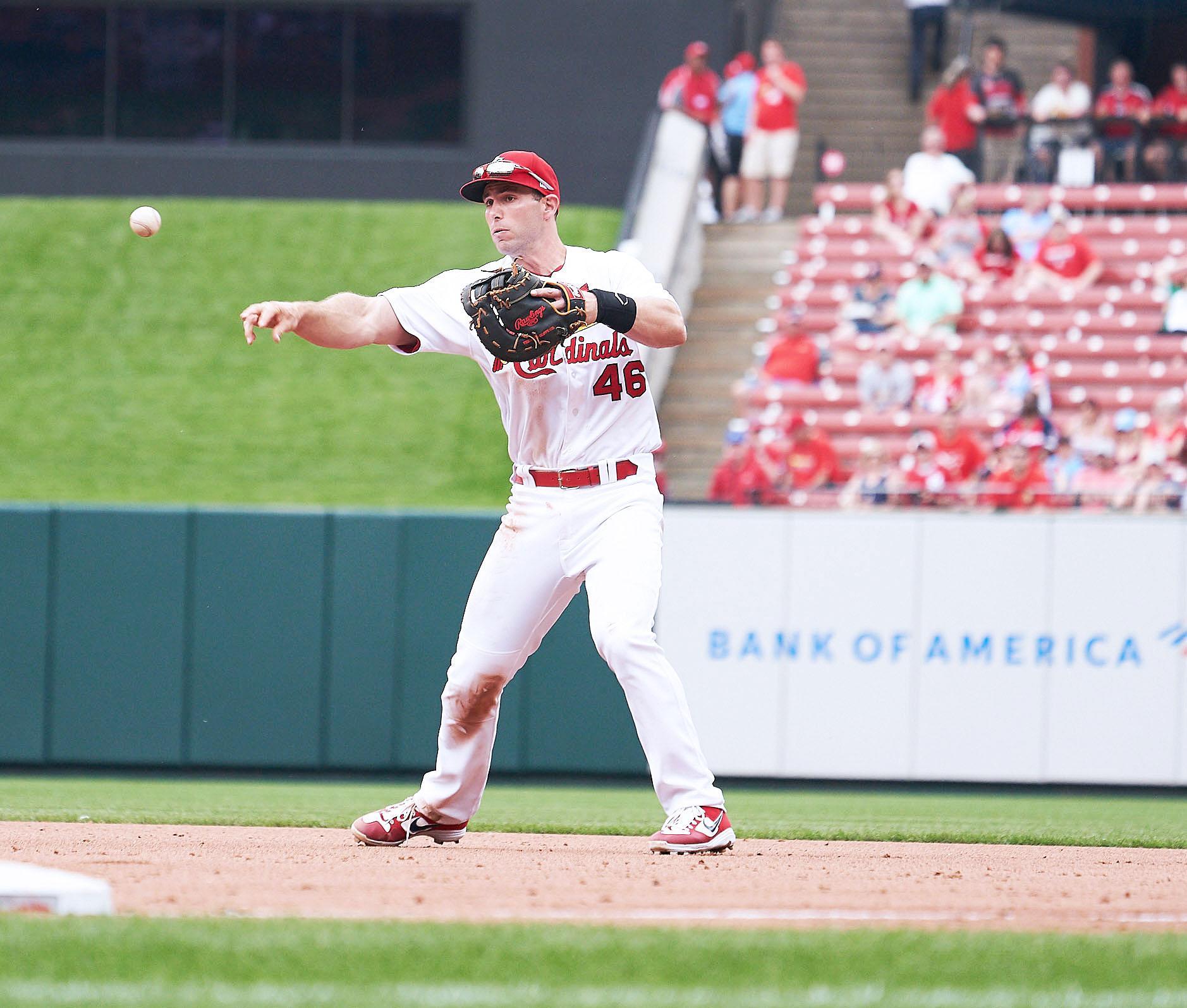 However, after hearing his name surface in rumors for much of last season, the Texas State product wasn’t shocked over being traded to St. Louis in December. He remembers Diamondbacks manager Torey Lovullo calling to ask him to attend a meeting where he quickly learned he was headed to the Cardinals.

“It is what it is. There were no hard feelings,” said Goldschmidt, who signed a five-year, $130 million extension with the Cardinals in March. “I was very appreciative of the Diamondbacks organization, the team that drafted me. I was with them for a decade, they gave me an opportunity to play. I loved everything about it, so it was sad to leave but equally exciting to be a part of the Cardinals’ organization. There were definitely some mixed emotions. My mindset is just keep looking forward, so I was just excited to get to St. Louis, meet everyone and get ready for this year and try to help us win.”

In late September, the Cardinals will travel to Arizona to face the Diamondbacks at Chase Field, his first trip as a visitor to play his former club, but it’s an excursion he feels won’t be as weird as many have speculated it will be.

“Once you get out there and get an at-bat (it won’t be any different). It’ll be a little different, walking out from the other dugout, but everyone’s done it, everyone’s played on different teams,” Goldschmidt said. “For baseball players, every year’s a new year. You always have new teammates. Maybe I haven’t switched (teams before), but you’re always playing with new guys, against guys you used to play with, so it’s really not as big of a deal as I think. I feel like I got a lot of questions asking if it was going to be this huge, different deal, but I don’t think it’ll be as different.”

Local baseball fans of course remember the now 31-year-old for his impressive three-year stay with the Bobcats, a run where he was named the Southland Conference’s Hitter of the Year in both 2008 and 2009, when he also won the league's Player of the Year honors as a junior.

That June, Arizona selected him in the eighth round and that was the start of a great tenure with the D-Backs, but Goldschmidt remains grateful for his time in San Marcos, for his great experiences on and off the field.

“It was great. I loved it there, a lot of fun, lifetime friends and met my wife there,” he said. “It definitely changed my life. (I) definitely look back on it as a great time.”

Prior to becoming a Cardinal, he had played in St. Louis as a visitor, so he was aware of what a great baseball town the Gateway City is and what great fans the Redbirds have. However, now that he is a member of the organization, he admits he’s been impressed with what a warm reception he’s received.

“The transition’s been easy, getting settled in St. Louis. This organization’s great,” Goldschmidt said. “The coaching staff, players have welcomed me pretty quickly. It’s been pretty smooth. The fans have been really supportive of me and the team. It’s exciting to be part of this team and this city, the organization. They come out and support us, so hopefully we go out there, play well and try to win the championship.”

And Goldschmidt has already made an equally strong impression on his new manager, Mike Shildt, who is in his second year on the job. “(He’s been) better than advertised really, which is saying something,” Shildt said before a recent road game in Texas. “Just the steadiness of how he goes about things and his sincere attention to detail. We’ve got a lot of guys similar to that, but to the extreme that he has it and the consistent dedication to his overall craft is impressive.”

Stephen Hunt is a freelance writer based in Frisco.