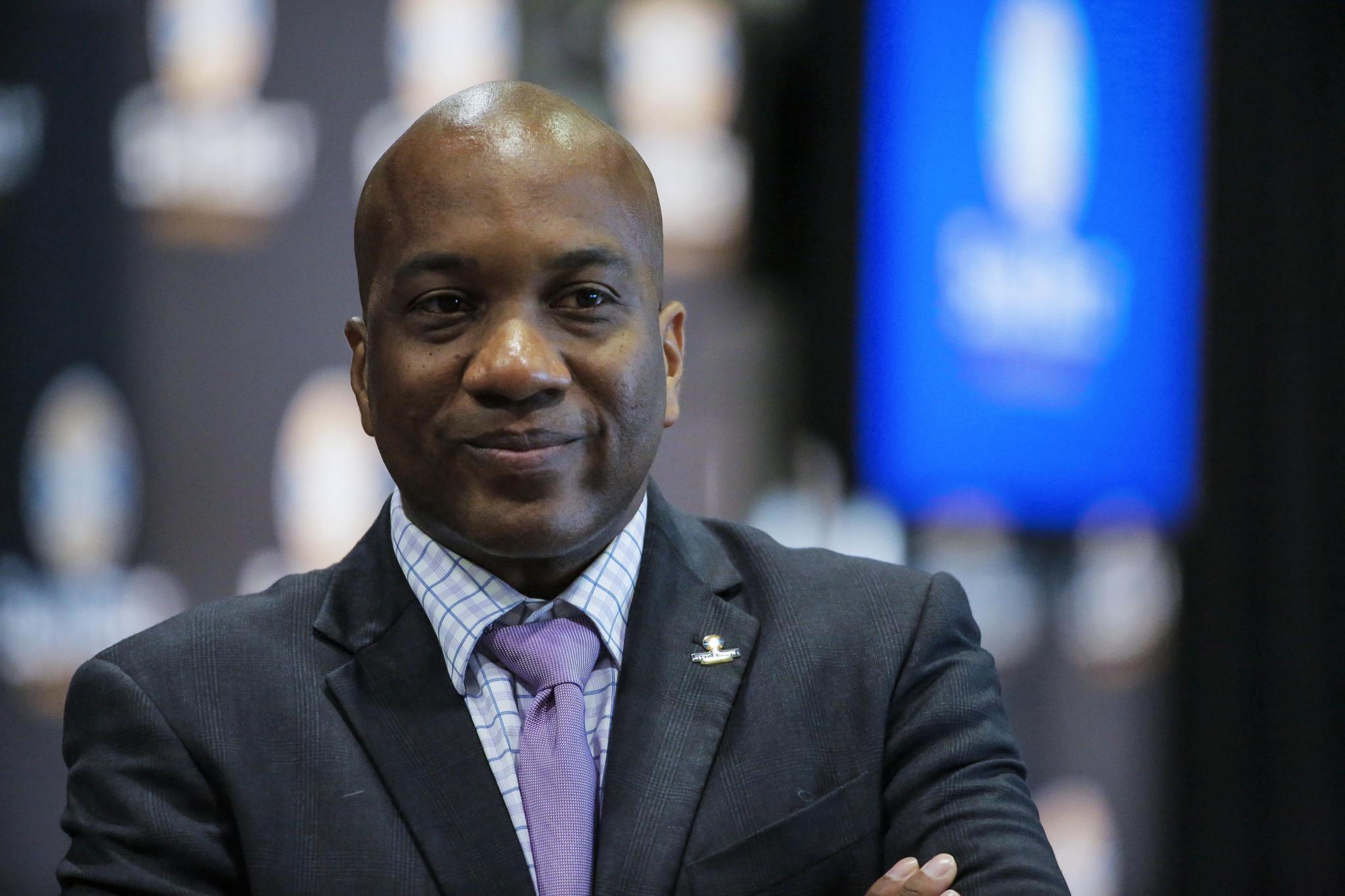 NEW ORLEANS — Keith Gill feels like he’s crossed an important milestone.
The new Sun Belt commissioner has only been on the job for about three months, replacing Karl Benson on May 1, but he’s finally mastered one of the most important tasks required by the conference’s top executive.

“(I) feel like a veteran because I can drive to our offices here in the Sun Belt without using GPS and I don't get lost,” Gill said.

Gill delivered his State of the Sun Belt Conference speech inside the Mercedes-Benz Superdome on Monday at the league’s Football Media Day, expressing excitement for its future.

Gill began his speech noting the recent changes in the Sun Belt’s non-conference schedules. In 2010, the league played 75 percent of its non-conference games against Power Five opponents. Over the past five seasons, that number has shrunk to 35 percent.

This season, Sun Belt schools will collectively face 13 Power Five teams out of a possible 40 non-conference games, resulting in an even lower 32.5 percent mark.

“The change in how our programs build their schedule is significant because the results prove success,” Gill said. “The conference set a single-season non-conference win record last season with 24 total wins, and the Sun Belt had the best non-conference winning percentage of any Group of 5 (school) in 2018.”

Gill said the Sun Belt will be featured in five bowl games this season: R+L Carriers New Orleans Bowl,  Mobile Alabama Bowl, the Raycom Media Camillia Bowl, the Cure Bowl, and the NOVA Home Loans Arizona Bowl. He noted that the Sun Belt has the highest bowl winning percentage among all 10 FBS teams at nearly 70 percent.

The NCAA’s new bowl allocation formula that begins in the 2020 season will keep the league at five bowl games, but could feature some significant differences.

“Details of those games are currently being finalized and announcements will be coming soon,” Gill said. “But what I can say is that we'll have some exciting new partners in exciting places and within proximity of our geographic footprint, which should make the game accessible and exciting for our fans.”

The commissioner is looking forward to the Sun Belt’s partnership with ESPN, which was extended in March through the 2027-28 season. The conference does not have any plans of expanding in the near future, as Gill feels the league has the “perfect” amount of schools with at 12, with 10 football members.

Gill’s goals moving forward are to see multiple Sun Belt football teams ranked inside the top 25 preseason and postseason polls, to send a team to a New Year’s Day bowl by having the highest-ranked champion among the Group of Five conferences and to increase the number of Sun Belt stoles given out this year, after 820 graduates wore them in 2018.

“This is a dynamic conference that continues to grow and achieve at a high level,” Gill said. “The state of the Sun Belt is strong.”