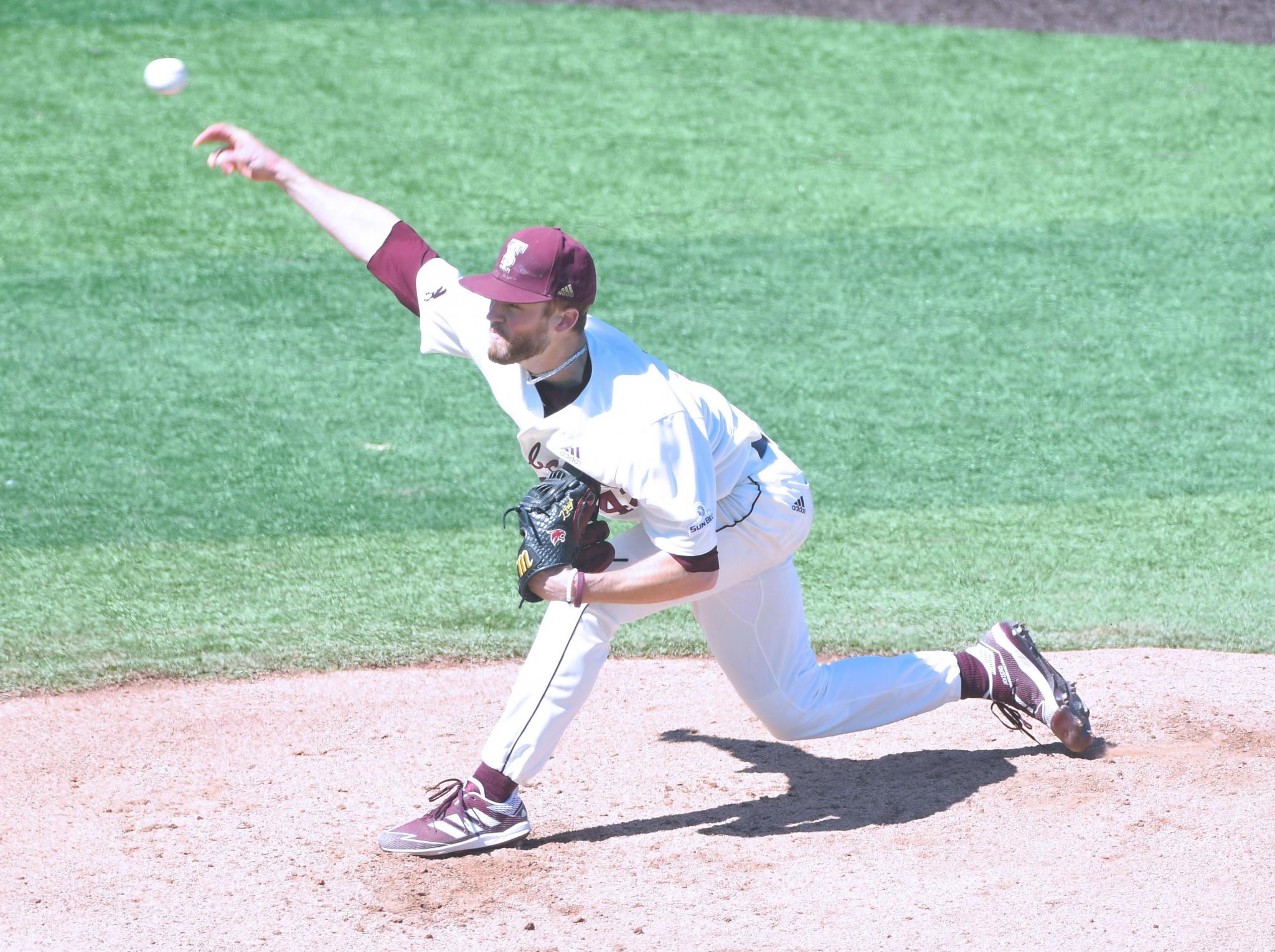 Once a Bobcat, now a Cub: Leigh heads to big leagues

Zac Leigh is high-fiving his five-year-old self for turning his dreams into reality.

On July 13, the Chicago Cubs picked the right-handed pitcher in the 16th round with the 484th overall pick. The former Bobcat is the 74th player to be drafted in Texas State history.

“I’ve been dreaming of this since I’ve picked up a ball. It was a stressful couple of days, I was getting phone call after phone call,” Leigh said. “When the Cubs finally called, that feeling of knowing that I was able to continue my baseball career at the professional level, that’s something that I’ll never forget.”

Leigh doesn’t have a traditional commitment story. He was a two-sport athlete coming out of high school, playing baseball and football. However, he didn’t accumulate any NCAA Division I offers.

Former Bobcat second baseman and fellow Victoria East High School graduate Jonathan Ortega put in a good word for Leigh. The coaches offered Leigh a roster spot and he walked on in 2017 as a two-way player, playing pitcher and outfielder.

“I couldn’t have been more excited to get there and get to work. As a walk-on, I knew what I was capable of and my whole mindset was just go out and prove yourself,” Leigh said.

Leigh said Texas State taught him how to mentally approach each game and have a plan on the mound. They looked more into scouting reports, film and got a feel of how the batters on the other team were hitting.

His coaches saw how he flourished on the mound, so they eventually focused on him just being a pitcher. Leigh proved himself, making nine starts and 21 relief appearances in his first two seasons, and earned a scholarship.

During his time as a Bobcat, Leigh was named to the 2018 Sun Belt Conference Championship All-Tournament Team, won the league’s regular season title in 2019 and was selected as a Collegiate Baseball Newspaper National Player of the Week earlier this year. He finished his college career with a 12-13 record and a 4.59 ERA.

Leigh flew out to Arizona on Sunday, where he will compete in the Arizona Complex League for rookies. He will be evaluated over the first couple of weeks to see where his next destination will be.

“For my first season, I want to get there and learn the culture of the organization and get to meet all of the players and coaches,” Leigh said. “I’m excited to learn more on the professional side of baseball.”

Leigh is also interested in learning more about his body and progressing as a person and a baseball player to eventually play in the big leagues.

Besides playing baseball, Leigh is looking forward to meeting people from different walks of life. He plans on being a sponge by learning the way other people approach and learn the game.

“Since I was a two-way, I feel that I have that athletic ability, not just to pitch but to be able to fill my position and make plays when the ball is put in play,” Leigh said. “Moving forward, my mindset is I’ll use my athletic ability to my advantage and try to do some things that the other guys won’t be able to do.”

Leigh is about to enter unfamiliar territory, but he is locked in and ready to prove himself. He prides himself on pushing forward, even if he fails a few times.

“At the end of the day, you’re the only one that knows your mindset and what you’re capable of. You just got to work and know that deep down that the drive and passion will guide you to success,” Leigh said.

As a former walk-on, Leigh has used his mindset to set him apart from the rest. The Victoria native has earned a ticket to the biggest stage of his life.