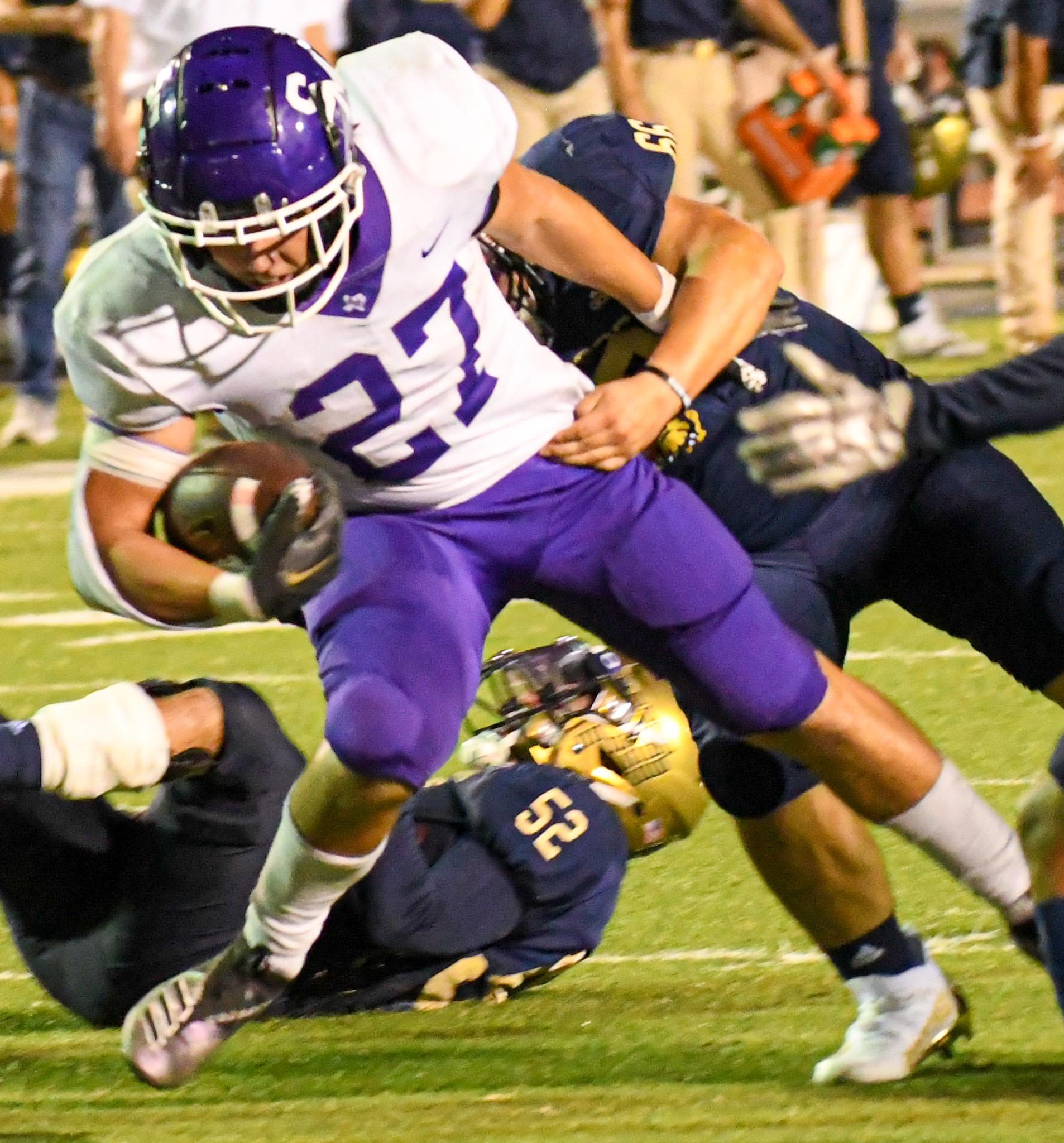 San Marcos defeated Laredo Alexander, 65-34, on Friday inside the Bill Johnson Student Activity Center in Laredo. Above, senior running back Jake Rodriguez-Scholz fights through a tackle during Friday’s win. Below, senior quarterback Isaiah DeLeon carries the ball against the Bulldogs. Daily Record photos by Lance Winter

The Rattlers took advantage of a safety, a 60-yard kickoff return for a touchdown, pick-six and four offensive scores in the second half to defeat the Bulldogs, 65-34, inside Bill Johnson Student Activity Center in Laredo on Friday.

“I’m proud of the win,” head coach John Walsh said. “We’re 2-2 going into homecoming. I’m just tired of the messiness, we just gotta be cleaner. We keep talking, I keep talking about it but hopefully week five on homecoming we clean it up.”

The Rattler defense forced a quick three-and-out and then took advantage of a bad snap on the ensuing punt to give the offense the ball just outside the redzone. San Marcos quickly went up 14-0 when DeLeon found Diaz again — this time for an 8-yard grab by the junior wide receiver. 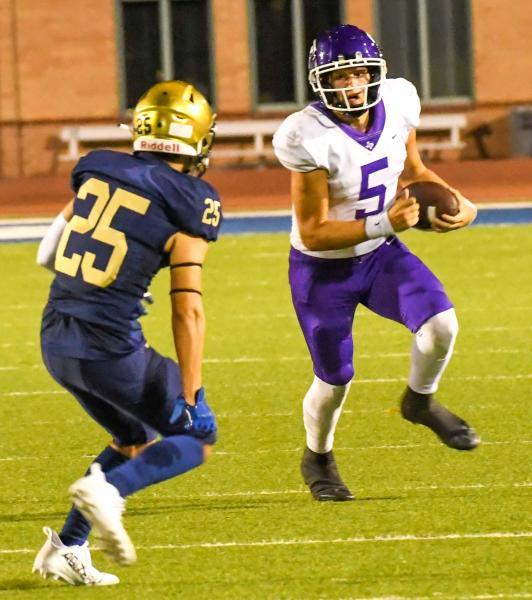 But the Bulldogs hunkered down and cut the Rattler lead down to 14-7 after a 10-play, 57-yard scoring drive, capped off by a four-yard touchdown run by junior running back Gael Rodriguez.

Alexander offense found the endzone again, taking advantage of San Marcos’ misfortunes following an interception. The Bulldogs tied the game at 14-14 after Rodriguez scored on a 9-yard run.

But San Marcos took a 21-14 lead into the half on a 17-yard scoring scamper by senior running back Jaidyn Brown. 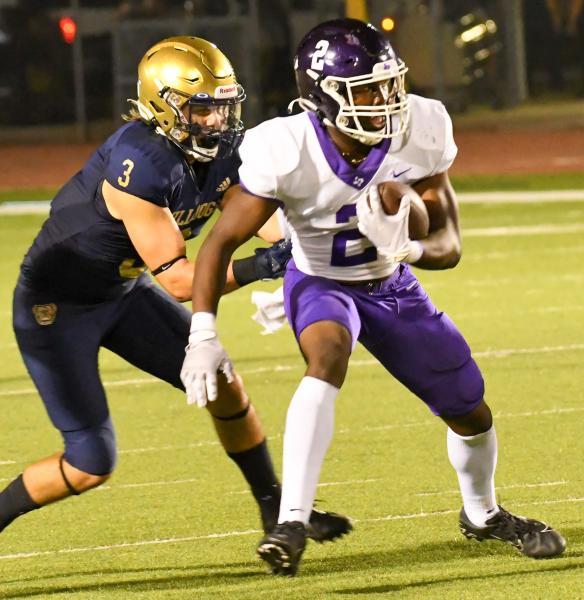 The Rattler defense came out strong in the second half, forcing another three-and-out. Alexander, again, had trouble with the punt as the snap sailed through the endzone for a safety.

San Marcos struck again on the ensuing kickoff when senior defensive back Exavion Harris took it 60-yards to the house. The Rattlers converted a 2-point conversion to go up 31-14.

A 45-yard touchdown grab by Bulldog senior wide receiver Sebastian Dancause followed by a 1-yard scoring run by Rodriguez got Alexander to within 31-28.

After playing in two overtime games this season, Walsh said those experiences helped San Marcos pull out the win.

“We’ve been through kind of all of it, right? We’ve been through two overtimes — a win and loss,” Walsh said. “It felt like we were under control here and then we let them crawl back into it. But, we gained the momentum back.”

The Rattlers return to San Marcos Toyota Rattler Stadium to take on Eagle Pass during their homecoming game, beginning at 7:30 p.m. on Sept. 23.

“We got to get healthy,” Walsh said. “And then, we don’t punt much and if we punt, it’s because we’re hurting ourselves. So, we just got to take care of ourselves. I still think we’re a playoff team and we just gotta quit going backward from our own inflictions.”