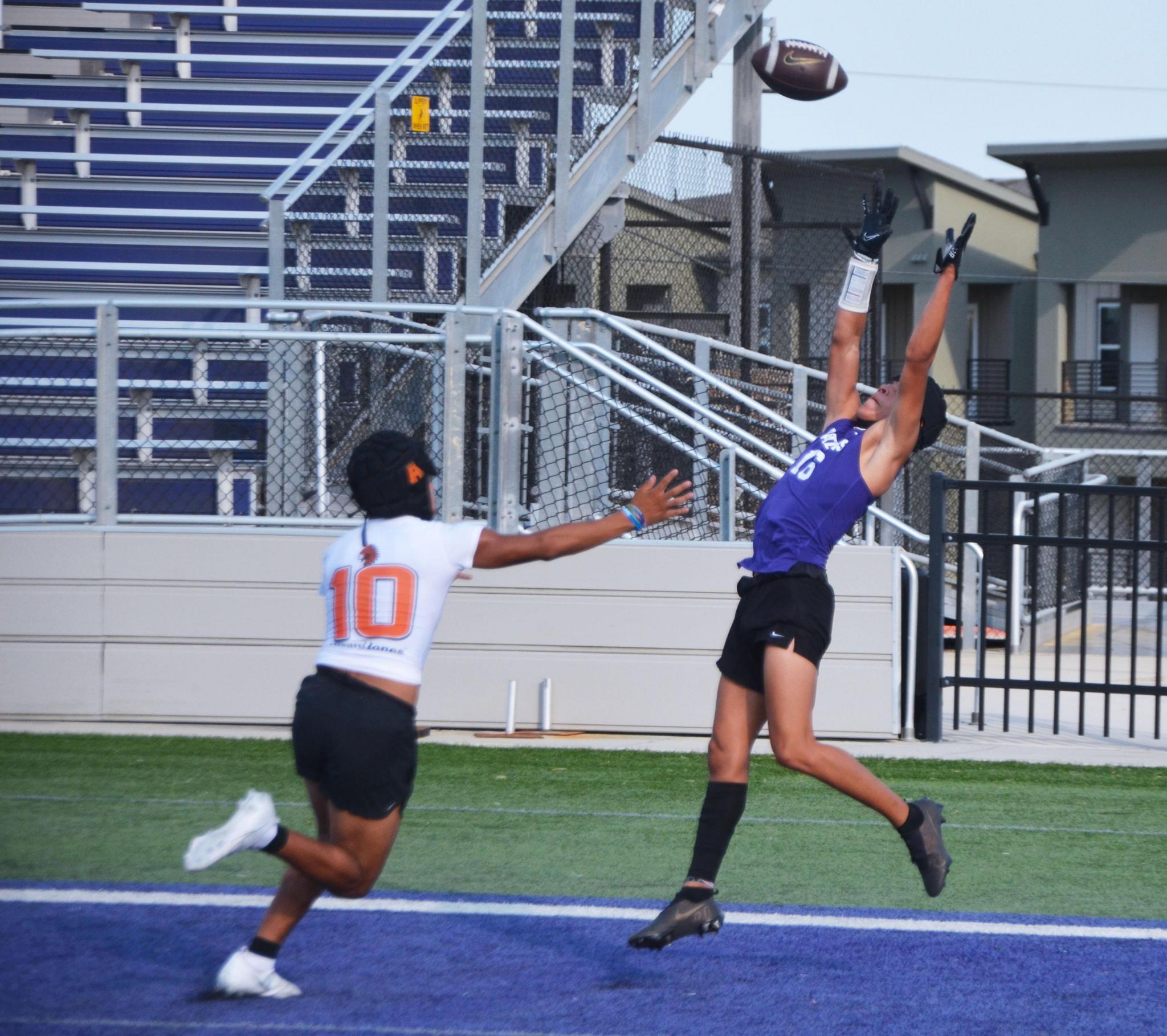 San Marcos ended its 7-on-7 season by hosting a league play tournament at San Marcos Toyota Rattler Stadium on Tuesday. The purple and white took wins over Gonzales and Buda Johnson to go undefeated on the evening.

“It’s been great, just letting the kids have fun and just getting more experienced and more ball play and skill guys doing their stuff and our defense playing their defense,” offensive coordinator Lee Vallejo said. “And you know, when we do 7-on-7, our offense does our plays. It’s not the crossing routes that everyone does or whatever they’re doing. We do our plays and it’s just good stuff for them to go and learn and play a little bit more. It was awesome.

“They’re competing and they care. They wanted to win and they were making plays.”

Senior defensive back John Vega intercepted a pass on the first play of the Rattlers’ game against Gonzales. Vega suffered through lower leg injuries last year, missing most of the 2021 season. Now fully recovered, the 7-on-7 season gave Vega a chance to get back into the swing of things on the field.

Vallejo was happy to see Vega find his footing again.

“He missed a lot of months,” Vallejo said. “But him making plays like that and just feeling comfortable and seeing that, you know, ‘I can do this,’ (was good). And he can. So this whole summertime was good for him just to get him to move around and make plays and feeling comfortable with his leg and his ankle and everything.” 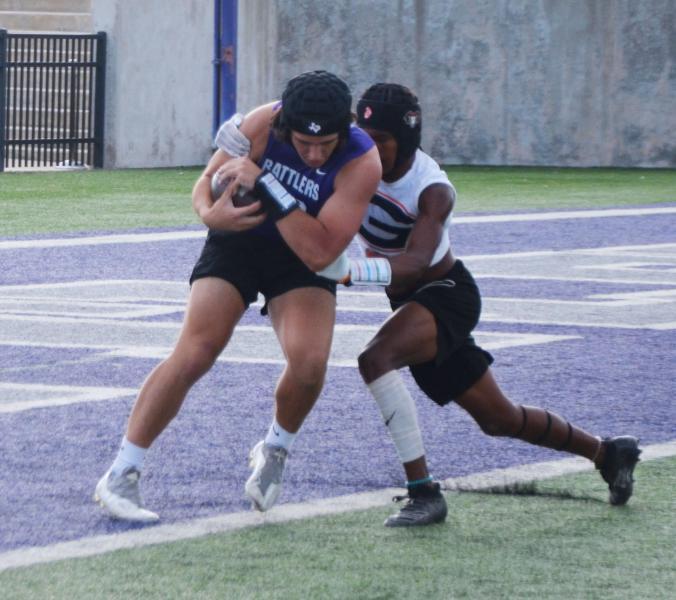 The 7-on-7 season allowed some lesser-experienced players to get more reps in as well. For instance, junior DJ Cano, who lined up as a quarterback his first two years at San Marcos, made a number of plays as a wide receiver on Tuesday, catching passes from fellow junior quarterback Kutter Gage Webb.

With 7-on-7 now over, the Rattlers move on to the next step in their offseason program in preparing for the 2022 season. San Marcos is set to host Hutto in the season opener on Aug. 26.

“Now’s the grind,” Vallejo said. “Now it’s a one-month grind of just getting stronger in the offseason and just staying healthy till we start in August. So we’ll be good.”