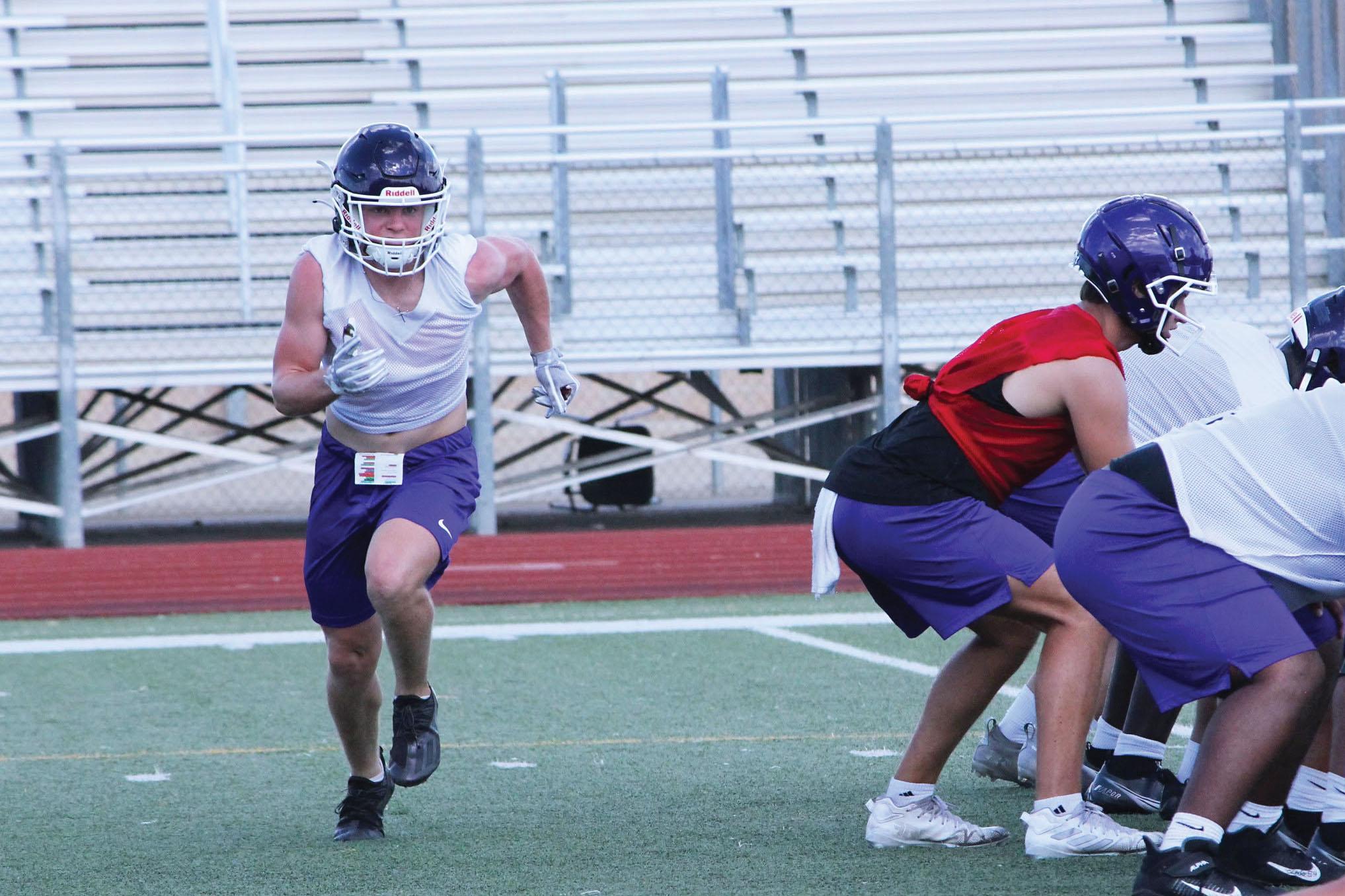 As the 2022 high school football season rapidly approaches, San Marcos finds itself in a different environment as it transitions to its new UIL alignment, District 27-6A. The new setting returns familiar faces to the schedule like East Central and New Braunfels, while also renewing matchups with San Antonio based powerhouses Converse Judson, Schertz Clemens, and Cibolo Steele that the Rattlers faced from 2018-20.

After a successful season in 2021 where the Rattlers appeared in the playoffs for the first time since 2017, head coach John Walsh is preparing to make another trip to the postseason in his third year at the helm of the program.

As Walsh’s system has matured over the years, so have many leaders on the field. With many core pieces of the roster like quarterback Isaiah DeLeon, running back Jaidyn Brown, linebacker Jake Darling and edge rusher Jakwavius Simmons entering their senior year, the urgency to succeed is high. Luckily, these pivotal pieces have not only proven themselves as talented athletes, but leaders as well in Walsh’s eyes.

“There’s just so many of them that have been mainstays already, leaders, but now it just seems like we’re growing,” Walsh said. “Then you add the juniors into it and it just adds to what you have. We’re going to lead like we lead all the time, but when players start taking over and leading, that’s when you start racking up gold balls.”

With the beginning of the season looming, San Marcos packs their bags and heads to Jourdanton to take on Laredo United South in a scrimmage on Aug. 19 at 6:45 p.m. The Rattlers are counting down the days until they can feel the true feeling of competition once again.

“When you get to the scrimmage, the number one thing is you finally get someone coming off the ball — varsity kids coming off the ball,” Walsh said. “When you practice and there’s not a game at the end of the week, there’s not a whole lot of fun about that piece of football. But this week you feel like we’re finally getting into the season and get to go with someone else. So the focus is a little bit more fine-tuned.”

Walsh and the Rattlers will look to begin building off their success from last season this Friday as they aim for the playoffs and beyond. The purple and white kickoff their season on Aug. 26 at 7:30 p.m. in Toyota Rattler Stadium against Hutto and first year head coach Will Compton.