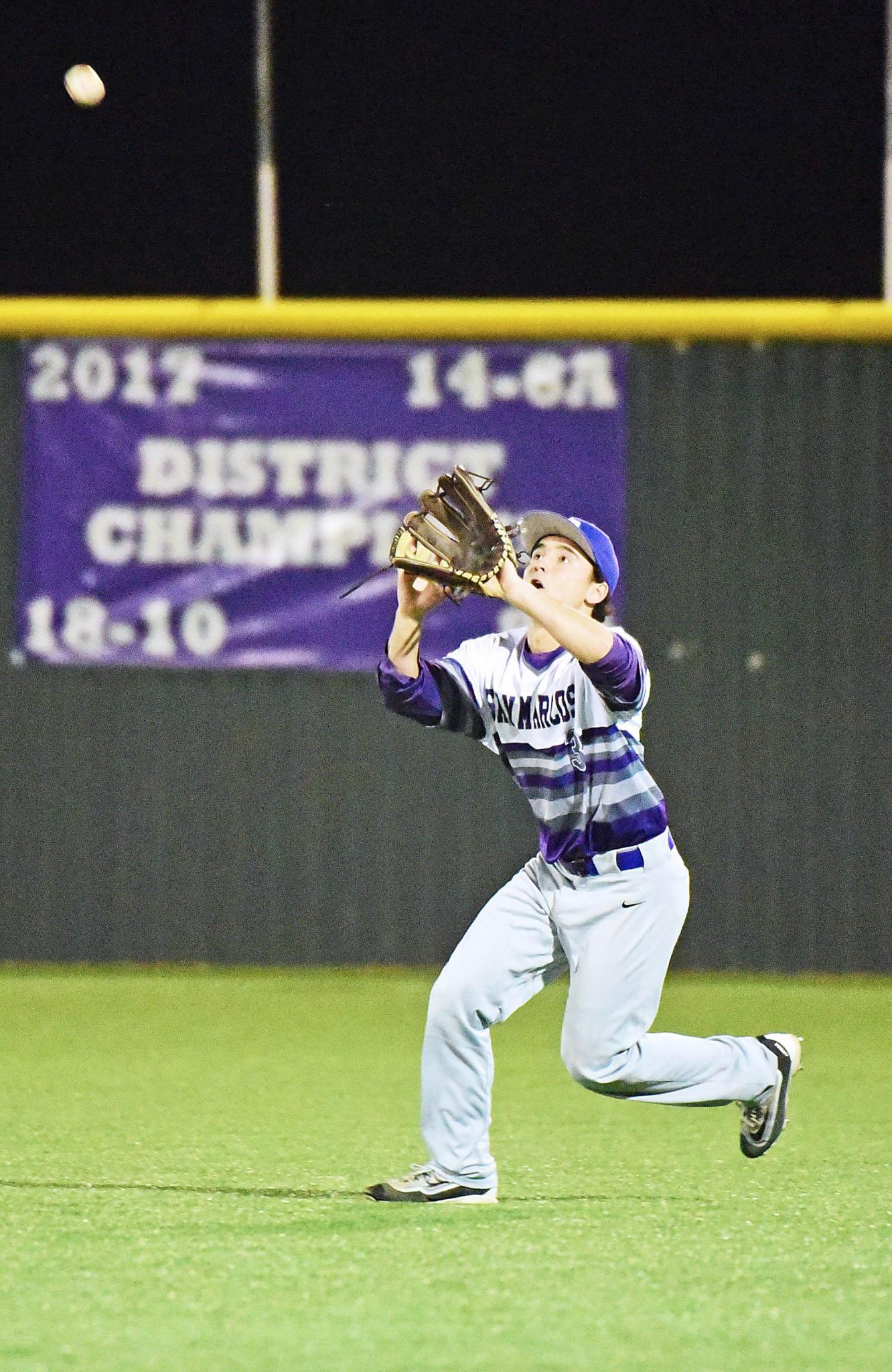 Head coach Bryan Webb has to see what he has on his team.

Webb likes to test his players’ versatility in the early parts of the season. San Marcos struggled before it began district play during the 2018 season, but Webb saw what his team’s strengths and weaknesses were and used what he learned to lead the Rattlers to a fourth-place finish in district and a spot in the playoffs.

The experiments can leave San Marcos looking unrecognizable from game to game, though. The Rattlers went 1-1 during each of the first two days at the San Marcos Tournament. The team’s starting lineup changed every game.

“A lot of it’s me mixing lineups, putting people in spots that they’re not familiar with,” Webb said. “It’s not positions, it’s just spots. I’m making them hit and run when they’re not used to. But, I’m trying to see it.”

The hosts won the opening game of the tournament in a 6-0 victory over San Antonio Warren during Thursday afternoon. However, the momentum didn’t carry over into that evening, as the Rattlers fell to Victoria East, 8-3.

Seven of the Titans’ runs came during the top of the third inning, when the visitors picked up three hits and five walks to take an 8-0 lead. San Marcos bounced back with three runs in the bottom of the frame, but the game was stopped after five innings due to time constraints, dashing any chance of a rally.

“We’re Jekyll and Hyde right now. We play great and then we play poor,” Webb said. “The good news is we didn’t continue to play poor. We had a bad little spat right there, but it was a combination of guys not being ready and it didn’t click for us.”

It clicked for them in the next game. Senior pitcher Andrew Moreno gave up just one run in 5.2 innings to help the team earn a tight 2-1 victory over Kerrville Tivy on Friday. The winning runs were scored by senior outfielder Julian DeLeon in the first and junior pinch runner Gunner Webb, who was subbed in after junior catcher Sean Esquivel hit a single in the fifth.

“We refocused,” Moreno said. “Overnight, we kind of regrouped ourselves and went back to our fundamentals and kind of broke it down to make it easier, simplify it and then go from there.”

But the Rattlers still couldn't maintain the momentum. San Marcos surrendered another seven-run third inning Friday evening, this time to Buda Hays. The hosts responded with two runs, but the game was cut short again, ending the comeback attempt.

The team is now 2-2 to start the season. The Rattlers were scheduled to play Odessa Permian twice on Saturday. Both games ended after press time.

Though the growing pains are frustrating, Webb knows they’re necessary. He’ll keep pushing San Marcos through them until he likes what he sees.

“A good baseball team will hang around .500 until they find an itch and then they’ll get on a hot streak and they’ll take off and separate,” Webb said. “Right now, we’re right where we need to be, actually.”