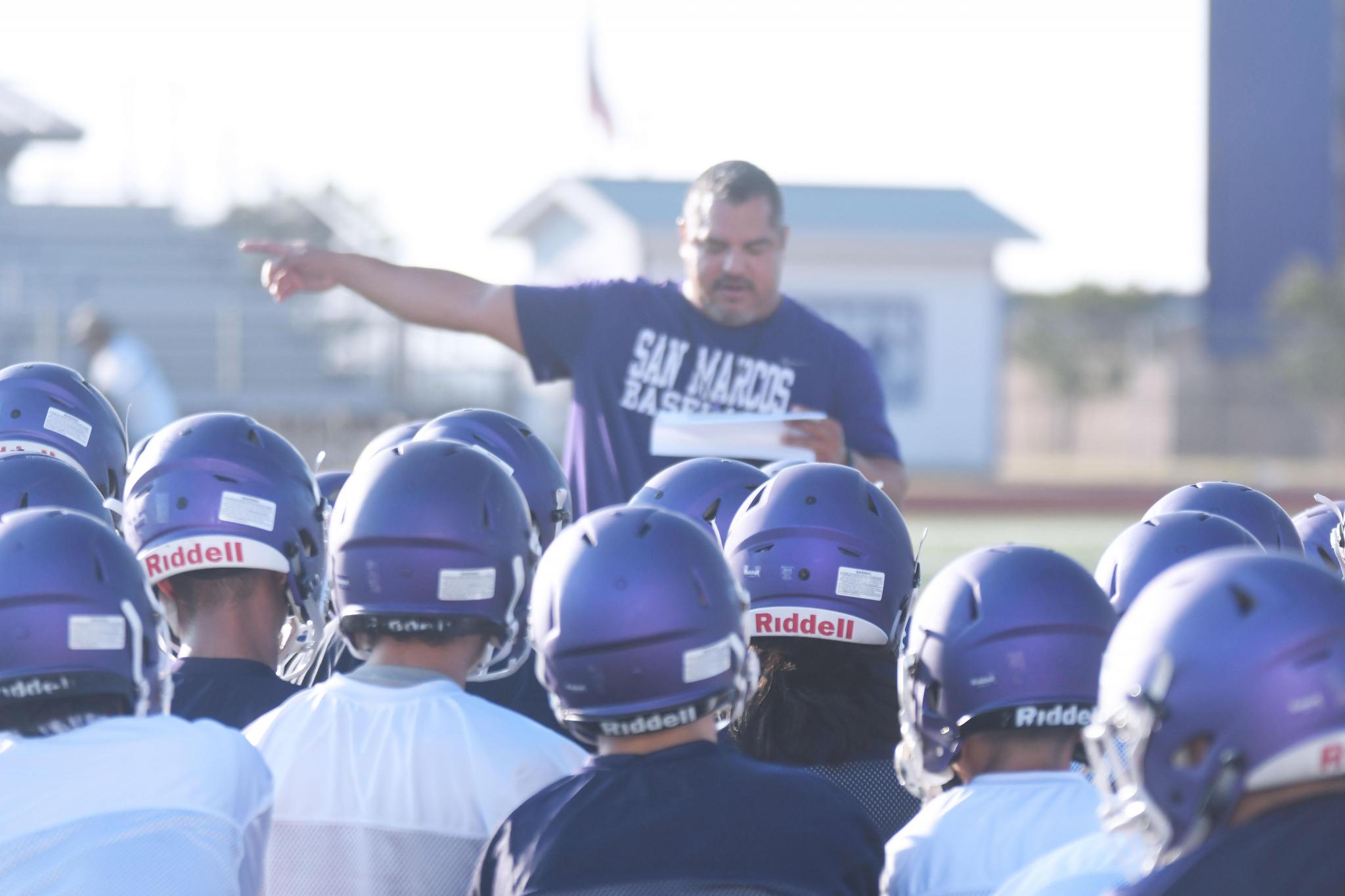 The phrase is the Rattlers’ motto for the 2019 season, and with a new year upon them they look to protect their turf.

With one practice in the books, Soto liked what he saw from his team. This year’s Rattlers came into two-a-days in shape, which the seventh-year head coach credits to the team’s participation in FAST Camp — San Marcos’ athletic workout camp.

“Well, you know, the (University Interscholastic League) changed the rules this year, so we were able to work with them all summer long which we did,” Soto said. “And that's, I mean, it just shows the self-discipline to be here. You know, what we told them is, 'If you’re on vacation? Great, go on vacation. But if you're in San Marcos, you need to be working out.' And that's what the majority of them did.”

As the first week progresses, Soto said the Rattlers need to continue to work back into football shape.

“They've retained a lot of the X's and O's. Defensively, we just got to be really good at running to the ball, getting lined up and running the ball,” Soto said. “Offensively, we gotta be smart football players.”

“Chris Solis, Kannon Webb on the defensive side,” Soto said. “On the offensive side, Alex (Garcia), our quarterback. He’s silent but he gets a lot of stuff done just by the way he works. And then Diego Cruz has been here all summer and is as quick as lightning. He's challenged his body physically to make himself better. He's in the best shape of his life. So those are four guys right there we're looking at to do some good things for us.”

As San Marcos prepares for the 2019 campaign, Soto said he likes this team’s dedication to winning and being good students in the classroom.

“We got some kids that are serious about playing the game of football, and it's going to be a good season,” Soto said.