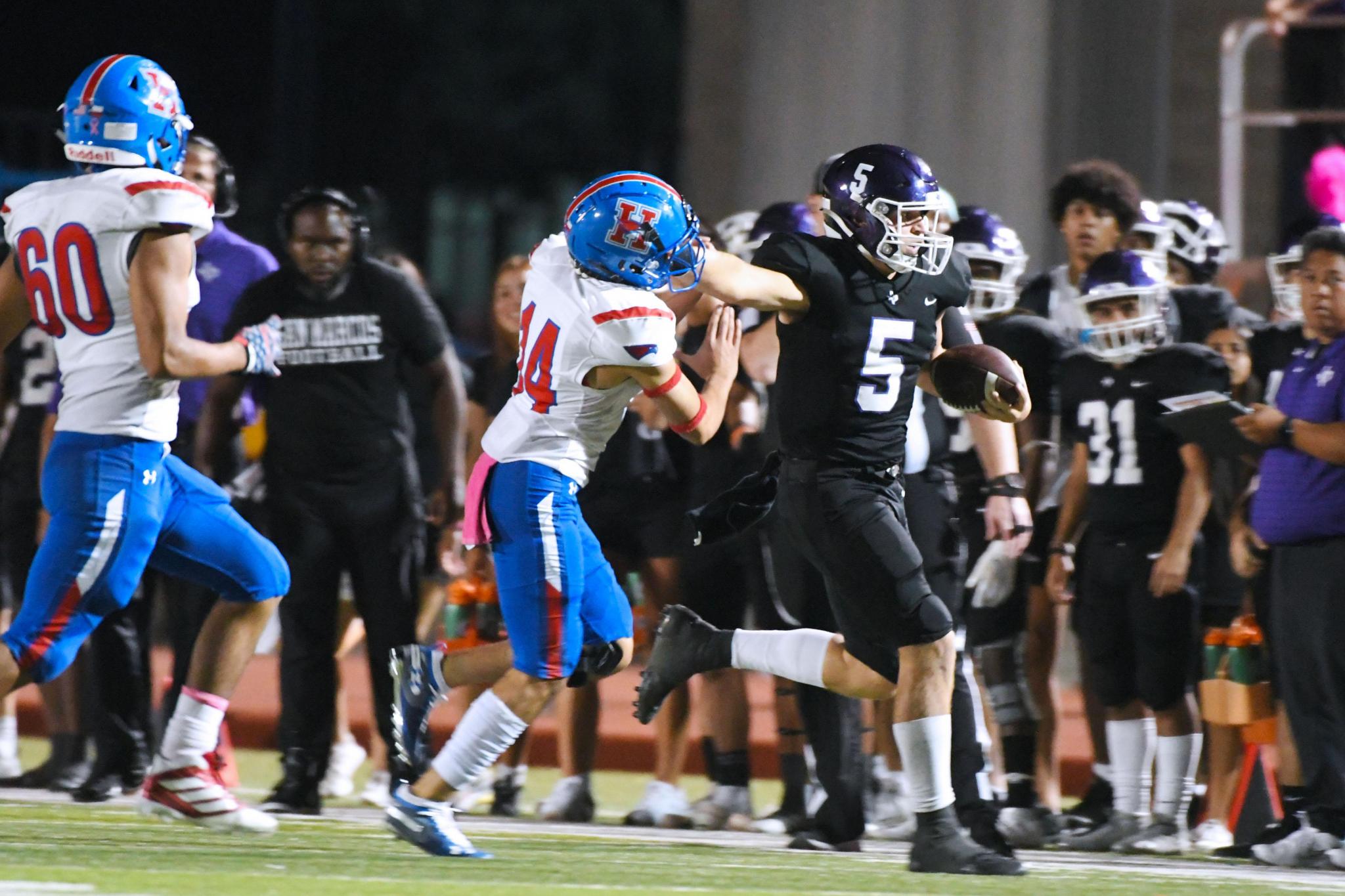 The Rattlers’ heads were after beating school rival Buda Hays for the first time in 18 years, but it only lasted throughout the night as the team immediately turned its attention to Austin High (2-4, 0-3).

It's the five-game stretch head coach John Walsh and company have been waiting for. With one road block out of the way, the Rattlers still have more work to do in order to capture their goal of clinching a playoff berth for the first time since 2017.

“Coming off that win, it was a different Monday, different Tuesday, different Wednesday,'' offensive coordinator Lee Vallejo said. “So, yes it’s just different around here now and it’s exciting to see these guys come up here and practice and just want to be out there.”

Austin High has resorted to a new offensive answer for touchdowns since former Maroons and current Texas quarterback Charles Wright graduated last season and was the workhorse for the team’s offense. Wright recorded 3,201 of the team’s 3,987 total yardage, or 80.3%. Austin has filled Wright’s absence with sophomore quarterback Wilder Davenport, who’s spread the ball around a lot this season with four different receivers tallying 18 or more receptions.

The Rattler offense is going to have a difficult time replicating last week's performance, but with most of their skill position players back in the rotation, they have the ability to score in bunches thanks to their ground game.

After his five-touchdown performance, junior running back Jaidyn Brown wants to recreate that moment again for his team. Brown is averaging an absurd four touchdowns per game in the Rattlers’ wins this season.

“I’m aiming for the same results, if not more. It’s gonna be a show, for sure,” Brown said.

The staff believes that only they can influence the success on the offensive side of the ball.

“We can’t slip up and we gotta take care of the ball. Can’t give it up on the ground or throw careless interceptions,” Vallejo said. “I think if we just do that and take care of business on our side of things, I think we can win out. It’s in our own hands. Only one that can stop us is us.

“They run a nickel front and our guys have seen it. Last week was a four man front, so I think our guys have seen most fronts already. So if they do come out in something different defensively, I think we can make those adjustments on the sideline and fix it.”

The team’s gained so much confidence offensively heading into the game with Austin High that the coaching staff even put in some trick plays to watch out for this week in the game. It took offensive coordinators Marvin Nash and Lee Vallejo years to convince head coach John Walsh to allow them to run one of the plays they are planning for. But when your offense puts up over 500 total yards and scores 62 points the week before, it is hard to deny the ideas his coordinators have. The play may have some repercussions if it isn’t successful, though.

“If it doesn't work, I’m gonna call timeout and I’m gonna savor the moment and I’m gonna look at you and let everyone know,” Walsh told Vallejo. “It’s a win-win. If it’s a great play and we get yardage it works but if it doesn’t work, I still win.”

“They do a good job keeping everything in front of them and they are smart kids,'' Vallejo said. “Hopefully they try to keep us in front so we can take a couple shots down the field and then hopefully our read game formations will get them thinking a lot and on the move.”

San Marcos has the chance to do something they haven’t done in four years: win consecutive games. It starts this Friday inside Rattler Stadium at 7:30 p.m. against Austin High. The Maroons will try to spoil the Rattlers’ homecoming with a visit to San Marcos while also searching for their first district win.