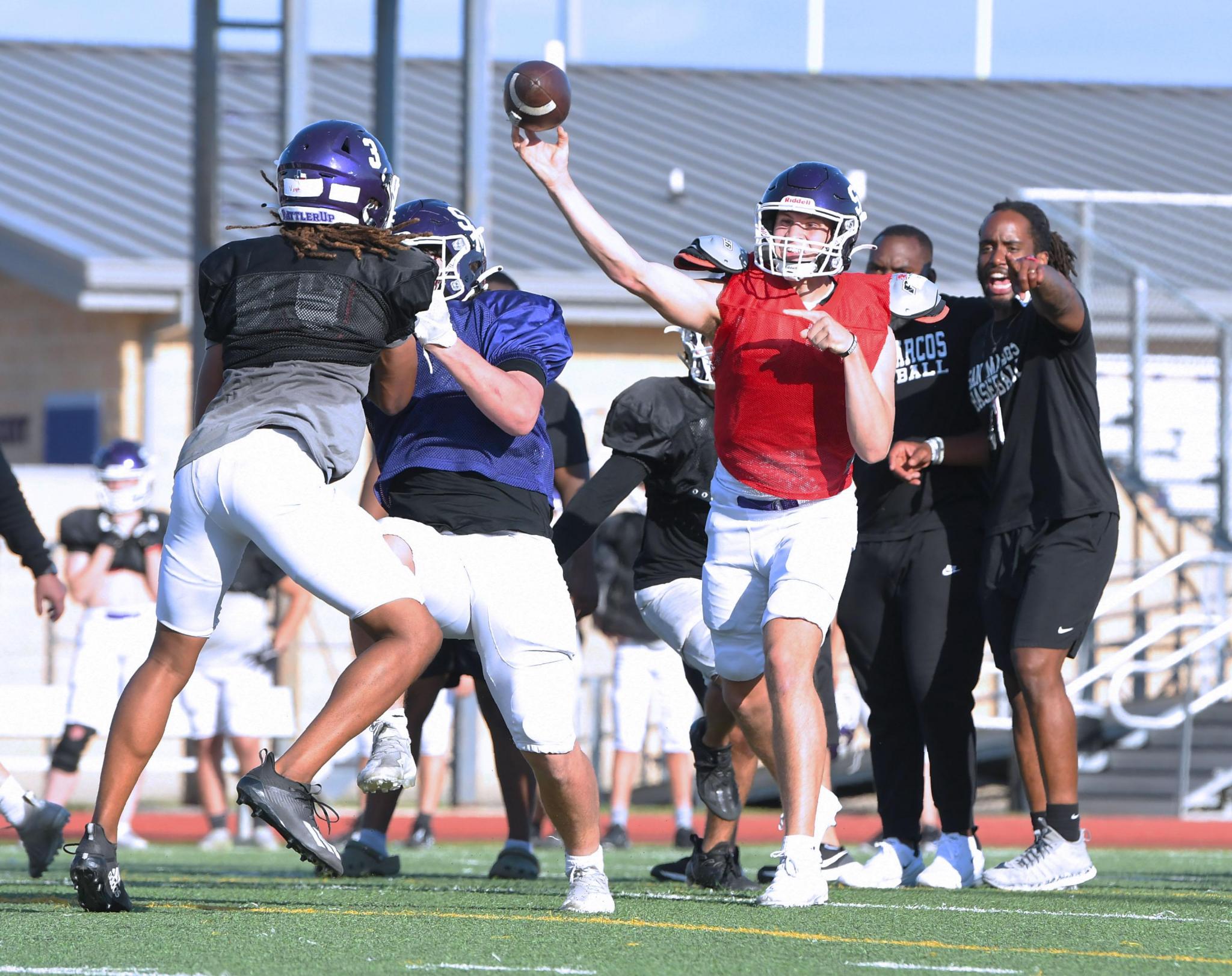 Head coach John Walsh and company begin their third year in San Marcos following a five-win season and fourth-place finish in District 26-6A — enough to make the playoffs before falling in the first round to Austin Vandegrift. The Rattlers took the field last week for the start of spring ball, looking to build on the success of the 2021 season.

Compared to the team’s previous beginnings of spring practices, players already knew where to be. To the regular eye, it looked organized but players were so enthused and energetic it came off as chaotic.

“That’s my style,” Walsh said. “If we didn’t trust these guys to get the job done, we’d be on whistles, we’d be lined up and in single filing lines. We’d be wearing the same socks, you know, but we don’t have to be that way because the guys do right. They know where they’re supposed to be and organized chaos is right up my alley.”

The practices gave off a game-like  Friday night feel as the offense and defense went at it. Coaches and players were talking mess to each other as if they were playing a district opponent for a playoff spot. The intensity is something Walsh isn’t worried about.

“If I was worried about our maturity, I would be worried about the trash talking, but I’m not worried about our maturity,” Walsh said. “When we come to work, our kids know the goal. We gotta get better, we gotta learn the schemes and we gotta be physical. And I think that’s all apparent. When you do that, we’re gonna have some fun. I don’t have a voice because of my trash talking yesterday. I’ll probably have my voice tomorrow because the defense played well and they kind of shut me up pretty good today.”

Darling, Simmons and Garza played well last Tuesday, shutting down the offense on multiple possessions. The offense got the better of the two the day before.

“Yesterday, we got our butt whooped by the offense,’’ Garza said. “So today we were really trying to bounce back and win the day.”

The Rattlers’ spring season runs three days a week from April 25 leading up to the Spring Game, which is set for May 19.