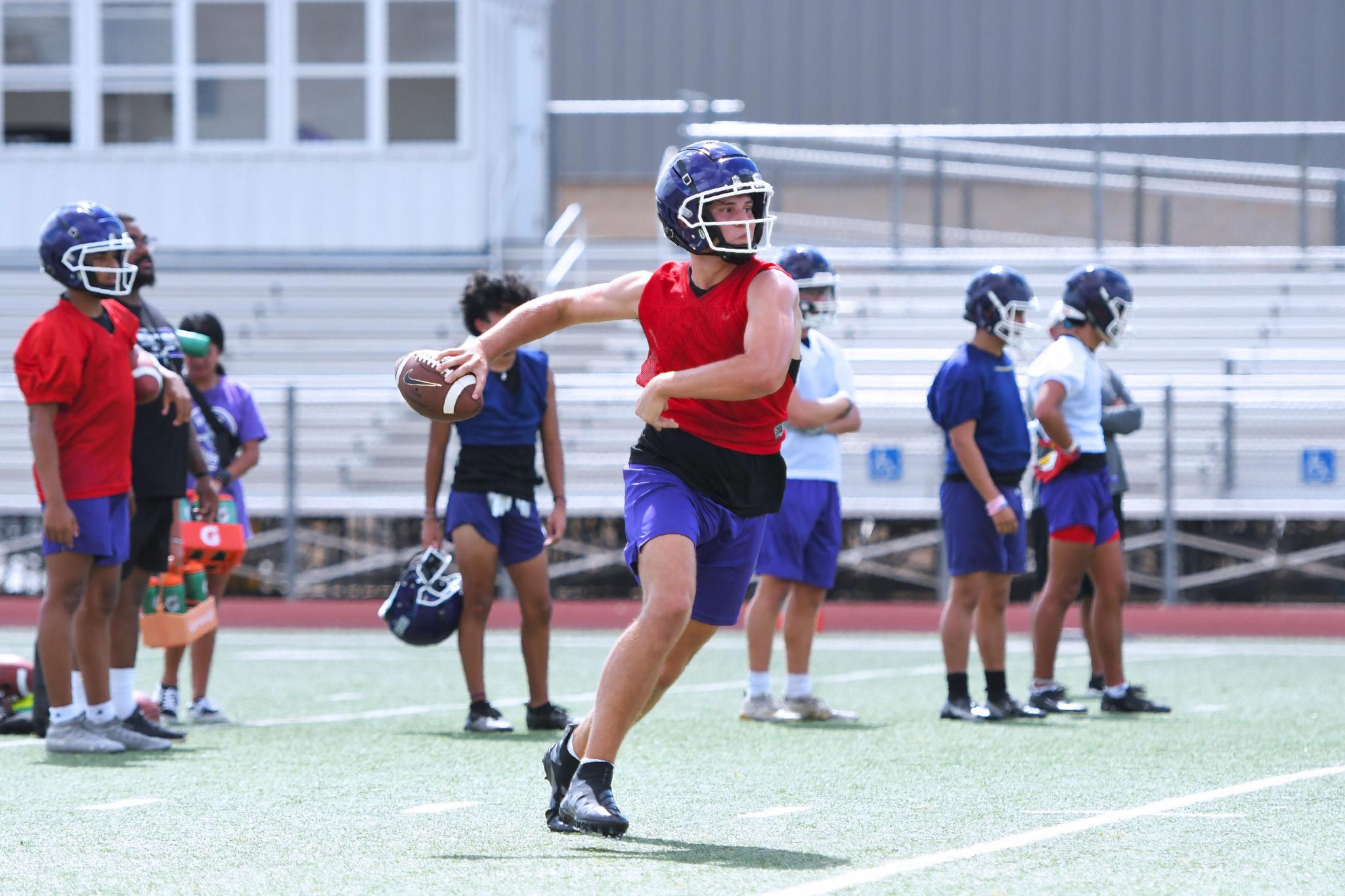 Despite a bit of rain, San Marcos Football opened its fall camp on Monday, moving inside the school’s indoor practice facility.

“We had a great spring, even better summer. I would say the mood of the football team right now is very confident,” head coach John Walsh said. “You know, I think we’ve always had the excitement going into the season, but I feel an air of confidence that we expect to win when we hit the field.”

Walsh, who’s entering his third year at the helm for the Rattlers, said he’s starting to notice the effects of going through two full spring camps and two full summer offseasons. The head coach was pleased with how well his players executed, especially on the first day of practice.

“I think this year, starting out, we’re able to be pretty progressive due to the fact that our retention was so good,” Walsh said. “I think in the past, we’ve been having to put systems in while we’re trying to coach football. And now the systems are laid and the foundation’s solid and now we’re just getting to be creative. And really, the kids get bored and we have to give them some more.”

It’s been a bit different than in years past, but Walsh hasn’t hesitated to throw more of his installs at the players when they’re ready for it — he said having three quarterbacks who can throw accurately has been especially helpful.

San Marcos still has plenty to work on with just a few weeks left before the 2022 season kickoff, though.

“I think defensively, we want to see if we have improved in the secondary, defending the pass. You know, we’ve always stopped the run, we did it here already, but we gotta couple that with defending the pass,” Walsh said. “And then offensively, conversely but the same, we were a really good rushing football team but we gotta make sure, as the safeties come up, that (junior wide receivers) Tony (Diaz) and Kutter (Gage Webb) and those guys make them pay.”

The Rattlers will go up against Laredo United South in a scrimmage in Jourdanton on Aug. 19 at 7 p.m. They’ll kick the year off hosting Hutto inside San Marcos Toyota Rattler Stadium on Aug. 26 at 7:30 p.m.