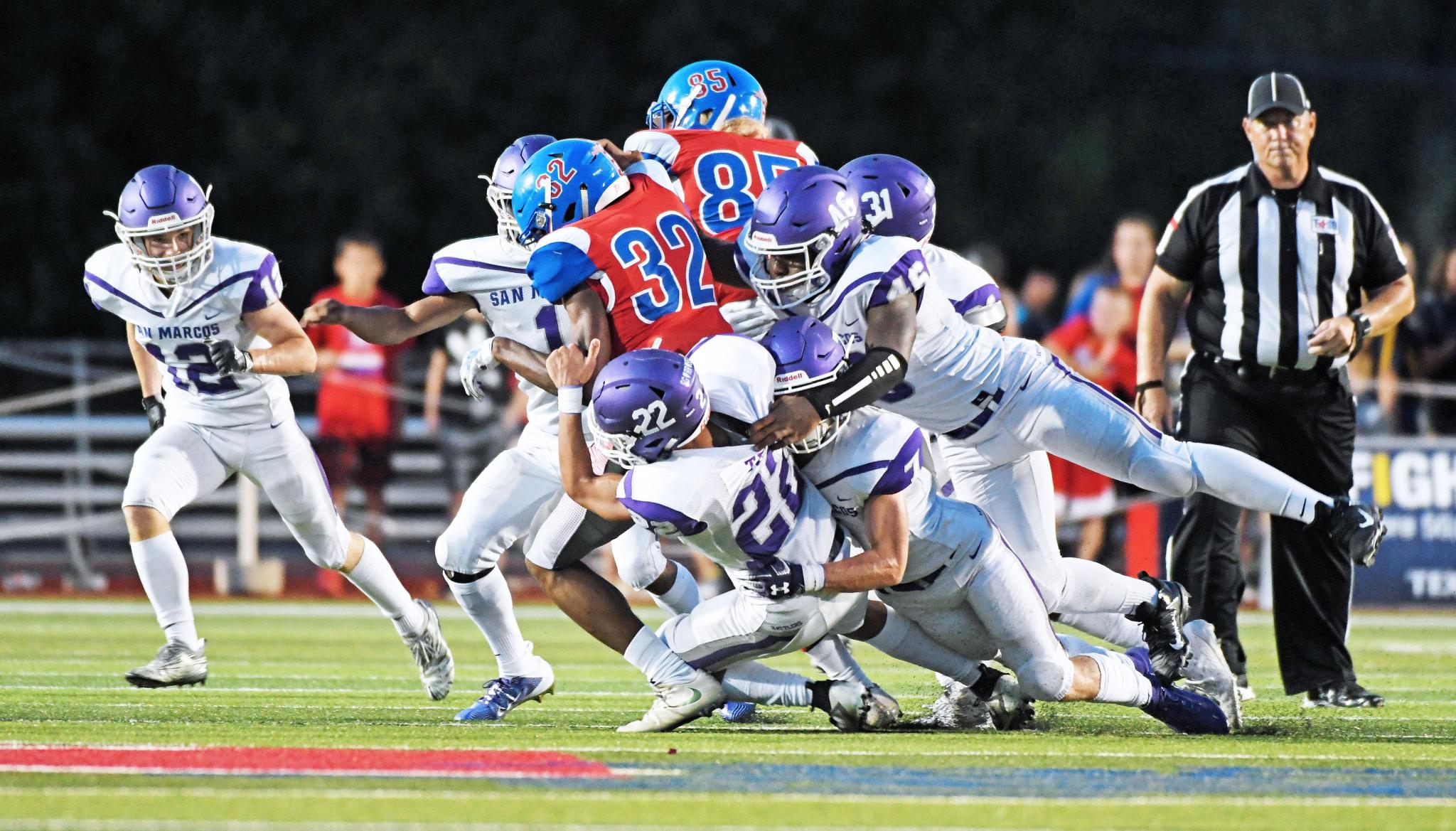 Rattlers set to take on Jaguars in Saturday showdown

San Marcos travels to San Antonio to take on the Johnson Jaguars — a perfect precursor before District 26-6A competition begins in two weeks.

Saturday’s opponent will give San Marcos a glance at the same type of size and speed it’ll see in district play.

San Marcos (0-1) squares off against Johnson (0-1) Saturday night at 7 p.m. inside Jerry Comalander Stadium in San Antonio. Soto said the Jaguars are a well-coach team that plays hard.

“They have great size, great speed,” Soto said. “Those are the challenges as far as scheme. You know, we’ve been looking at that scheme since January because basically the same scheme we run. You know, it looks like the coaches over there take a less-is-more type mentality when they’re coaching, or when they’re building their team. They don’t have a lot of formations. They don’t have a lot of plays, but they run very, very well.”

The Rattlers are coming off a 41-13 loss to Hays last week, where they had an opportunity to tie the game at 20-20 midway through the third quarter before the Rebels pulled away.

Soto saw good things from his team despite the defeat.

“Some great things we saw was the defense really ran to the ball hard and they really hit the ball hard,” Soto said. ‘I mean, they got there and they made it known that they were there. They’re up the ball really hard. Our offense moved the ball in spurts, you know, really well and really quick. We got down the field a couple times. I mean, we were in in the red zone in about three or four plays, and were there. I thought the quarterback Alex Garcia managed the offense really, really well. And then his legs, he ran, he had three good runs that really moved the chains and got us in some scoring opportunities … So just a takeaway would be just finding a way to win ball games is what this team needs to do.”

But the Rattlers also know there are things they can do better against Johnson.

With a game on Saturday, the Rattlers have an extra day to prepare for the Jaguars. Soto said Saturday games are a cool college-football-like experience for his players.

“It’s pretty neat because they feel like they’re in college,” Soto said.  “You know, Saturday game away game, big stadium and get them up early, give them some breakfast, watch some film, bring them up later in the afternoon, It’s kind of got a college feel to it. So I think kids like it gives us an extra day to prepare. You know, you get an extra day. You’re five days to prepare instead of four.”