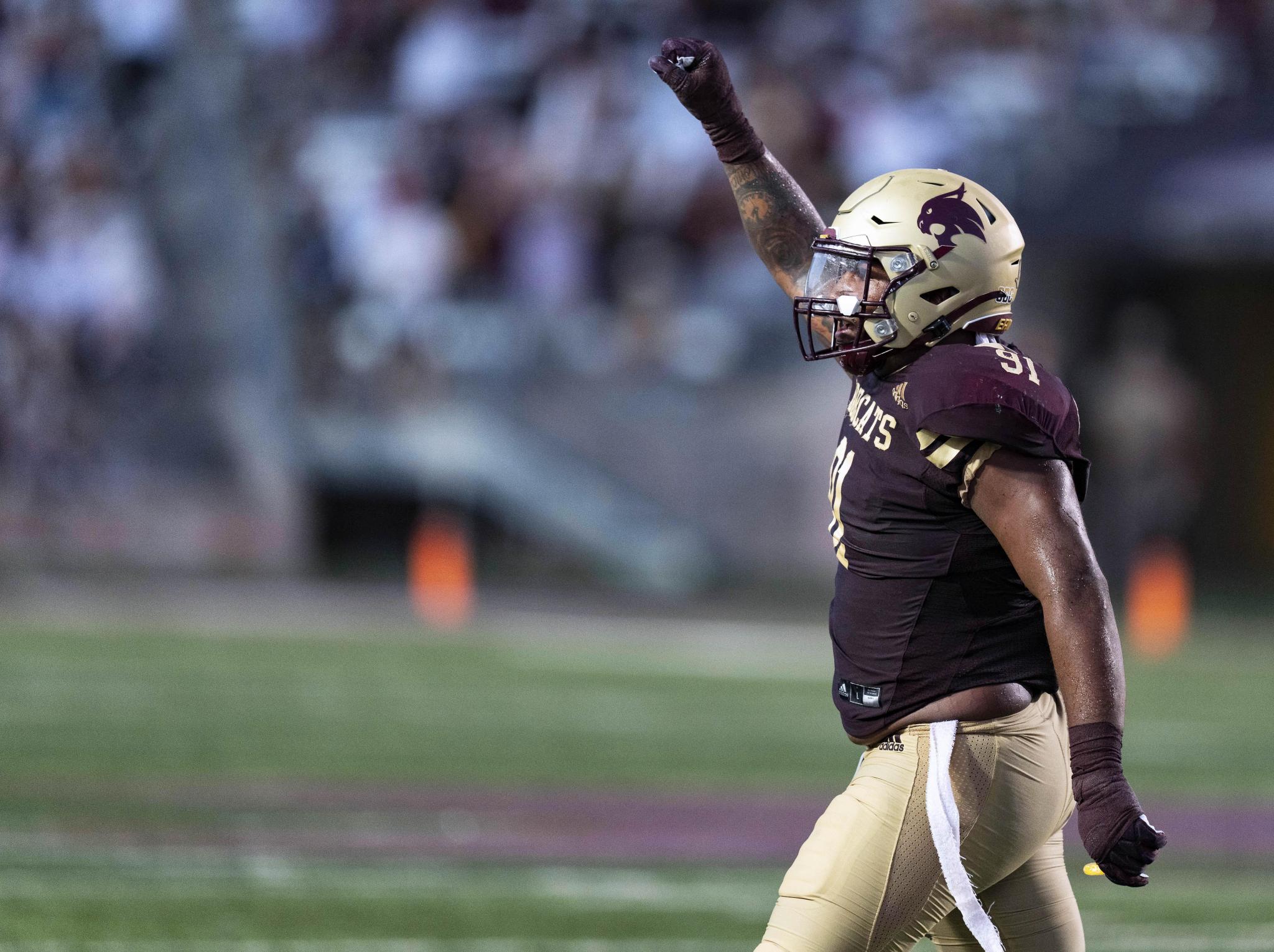 Jordan Revels was one of 90 players named to the 2022 Bednarik Award Watch List on Monday.

The award is named after Chuck Bednarik, a longtime Philadelphia Eagle who won two NFL Championships, and is given to the top defensive player in college football.

The Galena Park North Shore graduate has been growing into a leadership role heading into his fourth year with the maroon and gold. Revels was selected to the 2022 Athlon Sports Preseason All-Sun Belt Third Team and also represented Texas State at the Sun Belt Football Media Days in New Orleans last week.

Revels, who still has two years of eligibility left, has embraced a position change in the offseason, moving from defensive end to outside linebacker. He also swapped his jersey number from No. 91 to No. 8.

The Bednarik Award will be narrowed down to a group of semifinalists on Nov. 1, then down to three on Nov. 22. The winner of the trophy will be announced on the ESPN Home Depot College Football Awards Show on Dec. 8.

Revels and the Bobcats begin their fall camp on Wednesday and will open the 2022 season at Nevada on Sept. 3 at 4:30 p.m. CT.