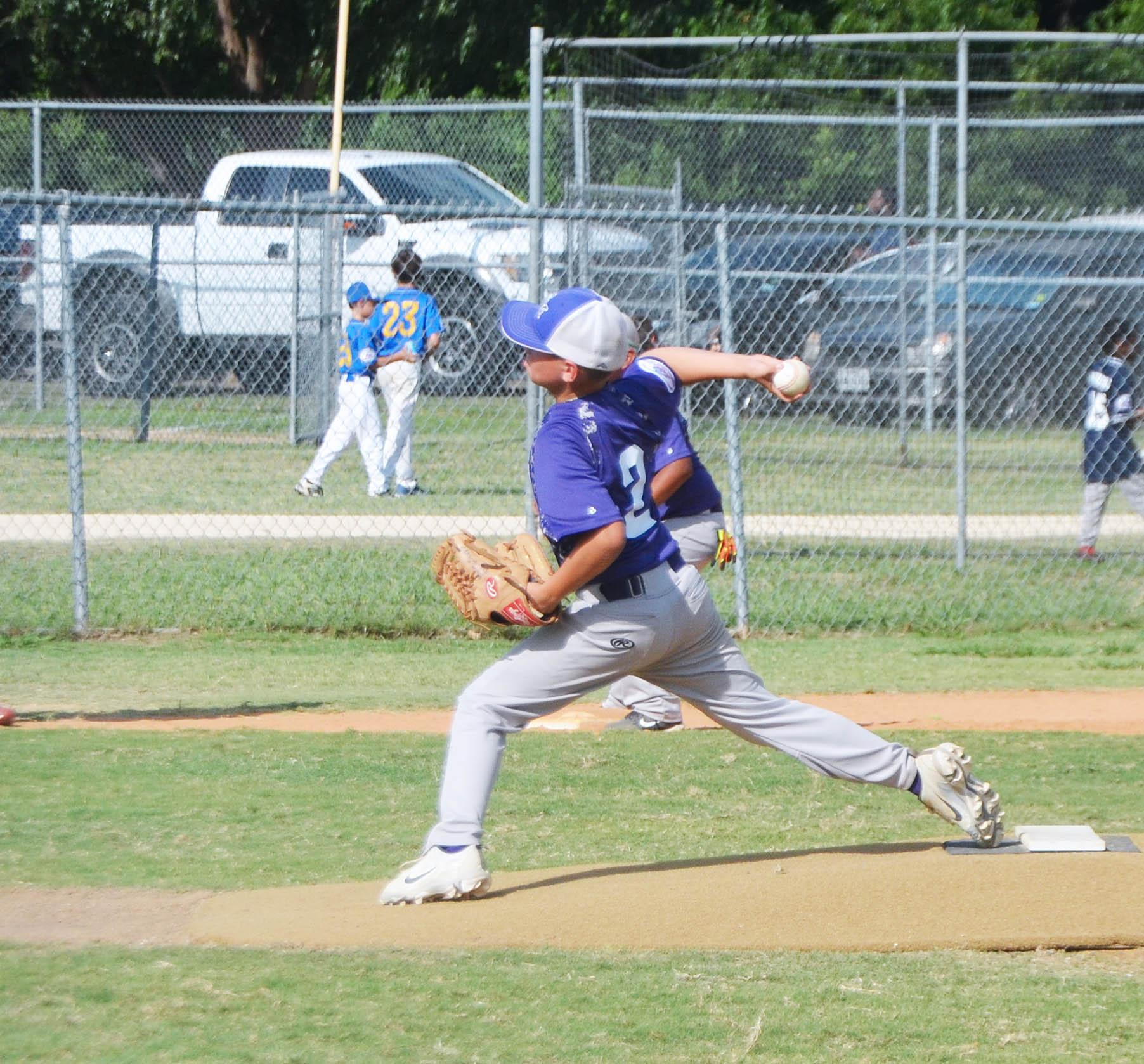 Mustang 10U All-Star pitcher Kane Hernandez winds up during the game against Deanville. Hernandez threw 64 pitches during the contest. Photos by Drew King 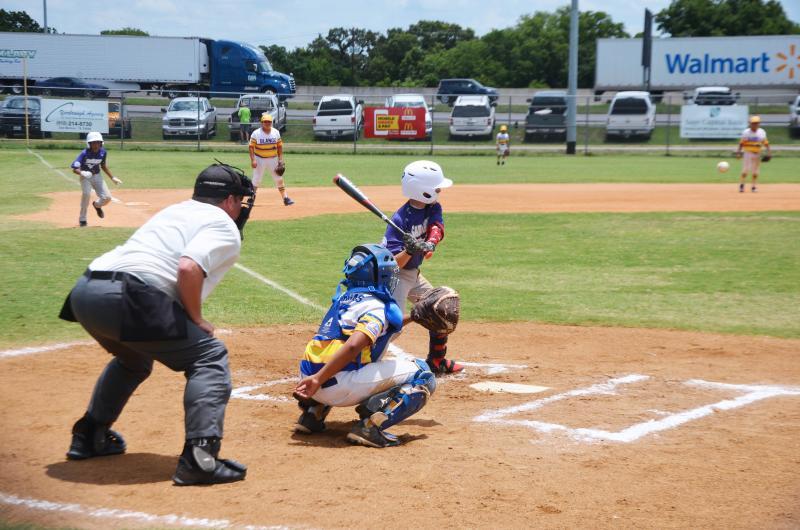 San Marcos Bronco 12U All-Star Charlie Helgeson (at-bat) stares down a pitch coming his way with a runner in scoring position in a game against Blanco on Sunday at Ramon Lucio Park during the PONY League South Sectional tournament. 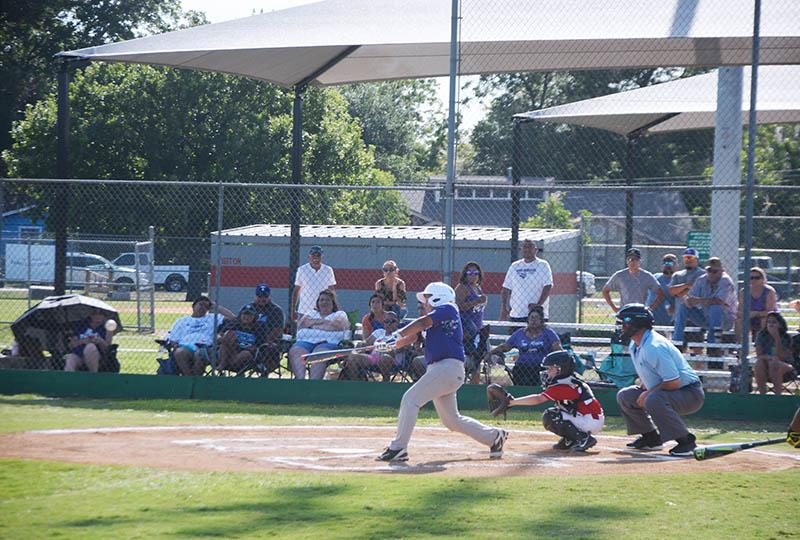 Mustang 10U All-Star Josiah Balles connects on a swing in a semifinal game against Deanville.

The teams are compiled of the top players from this year’s SMYBSA leagues. Each team is separated two years apart.

The Pony 14U All-Stars began the tournament defeating Austin Delwood on Saturday, 16-3. They edged out Buda Hays Sunday morning, 21-20, but fell to Deanville in the championship game that afternoon, 16-6. The result earned San Marcos the No. 2 seed in the upcoming regional tournament.

The Bronco 12U All-Stars shut out Blanco in the first round, 3-0, then exploded for a 20-0 win over Drippings Springs on Saturday. They saw Blanco again in the championship game Sunday, but couldn’t pull off the win, falling 6-4. The team will also advance the regional as the second seed.

The Mustang 10U All-Stars won its first round matchup against Blanco on Saturday, 7-3, but lost the semifinal game the next day to Deanville, 9-8. San Marcos faced Blanco in an elimination game Monday at 6 p.m. The winner from that game went on to play Deanville for the championship at 8 p.m. Both games ended after press time.

The Pinto 8U All-Stars earned a close win over the Dripping Springs Maroon team Saturday, 13-12, then beat Deanville on Sunday, 14-9. The team took on Lexington for the championship Monday at 6:30 p.m. The game ended after press time. The winner will receive the No. 1 seed for the regional tournament, with the loser receiving the second seed.

The South Regional tournament will place June 29-July 2 at Hays.

The Mustang 10U All-Stars fell to Blanco in the elimination game Monday, 4-2. They'll head to the regional tournament as the No. 3 seed.

The Pinto 8U All-Stars won the championship over Lexington, 13-3. The team will be the top seed in the regional tournament.