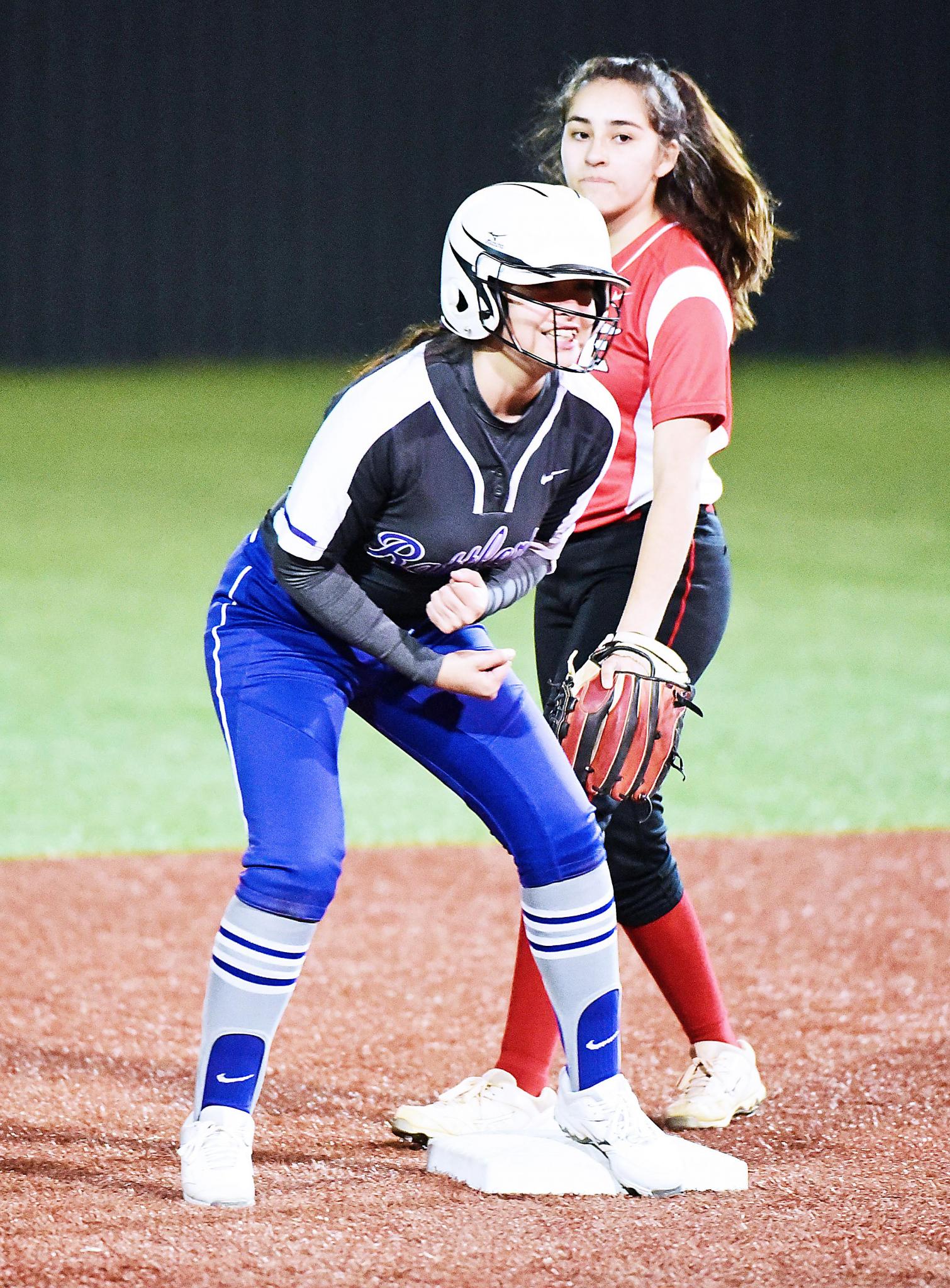 San Marcos began its season with a comeback victory.

After the first inning, the Lady Rattlers saw themselves down 4-0 to Vista Ridge on Tuesday. But San Marcos rallied to defeat the Lady Rangers, 13-7.

“The thing that really impressed me about this team is our resolve,” head coach Cathy Stoughton said. “We got down and had a rough inning in the first inning against a very good team, and we didn’t lose our composure. We came back. We fought. We stayed in it all game. I think the first three runs, I think we got them all of them on two outs … I was very proud of how they stayed positive tonight and how we stayed up and cheered.”

San Marcos also had senior center fielder Ysa Gonzales return to the team after missing her junior year due to injury.

With a mix of inexperience and players in new spots, Stoughton said Tuesday’s win was a total team effort.

“Everybody stayed positive,” Stoughton said.  “If something negative happened, they weren’t letting it affect them individually or as a team.”

The Lady Rattlers had a chance to cut into the Lady Rangers’ lead in the bottom of the first. But San Marcos couldn’t take advantage of a bases-loaded opportunity and stranded all three runners.

But Heavenny Garcia settled down in the circle and kept Vista Ridge from adding to its lead in the second inning.

The Lady Rattlers brought home three runs in the bottom of the second.

But the Lady Rangers extended their lead to 7-4 after scoring a run in the third and two in the fourth.

San Marcos’ offense exploded in the fifth inning with seven runs. The Lady Rattlers followed that up with two more runs in the sixth to secure the 13-7 win.

Stoughton said Tuesday’s outing is a confidence builder for the team. It also added an opportunity for the Lady Rattlers to build chemistry with each other.

“When you’re playing in a scrimmage, the sense of urgency isn’t necessarily always there,” Stoughton said. “But when you’re on the field under the lights and you’re wearing your uniform, it’s official. There’s a lot more pressure and you have to make plays. Whether you’re experienced or inexperienced, you’ve got to find a way to make things happen and we did that tonight.”

San Marcos traveled to Bryan on Thursday to participate in the Bryan-College Station Softball Tournament. The Lady Rattlers began tournament play with a 6-3 win over Magnolia West.

Tournament competition stretches through Saturday. Stoughton said she wants her team to get good experience during their time in Bryan.

“Go in with some confidence and believe that we can play at high level like this every time we step on the field,” Stoughton said. “That’s one of our slogans this year is ‘If you believe it, you can achieve it’ and I have a firm belief that for us and our community it’s just believing that we can do it and having a little faith in each other.”