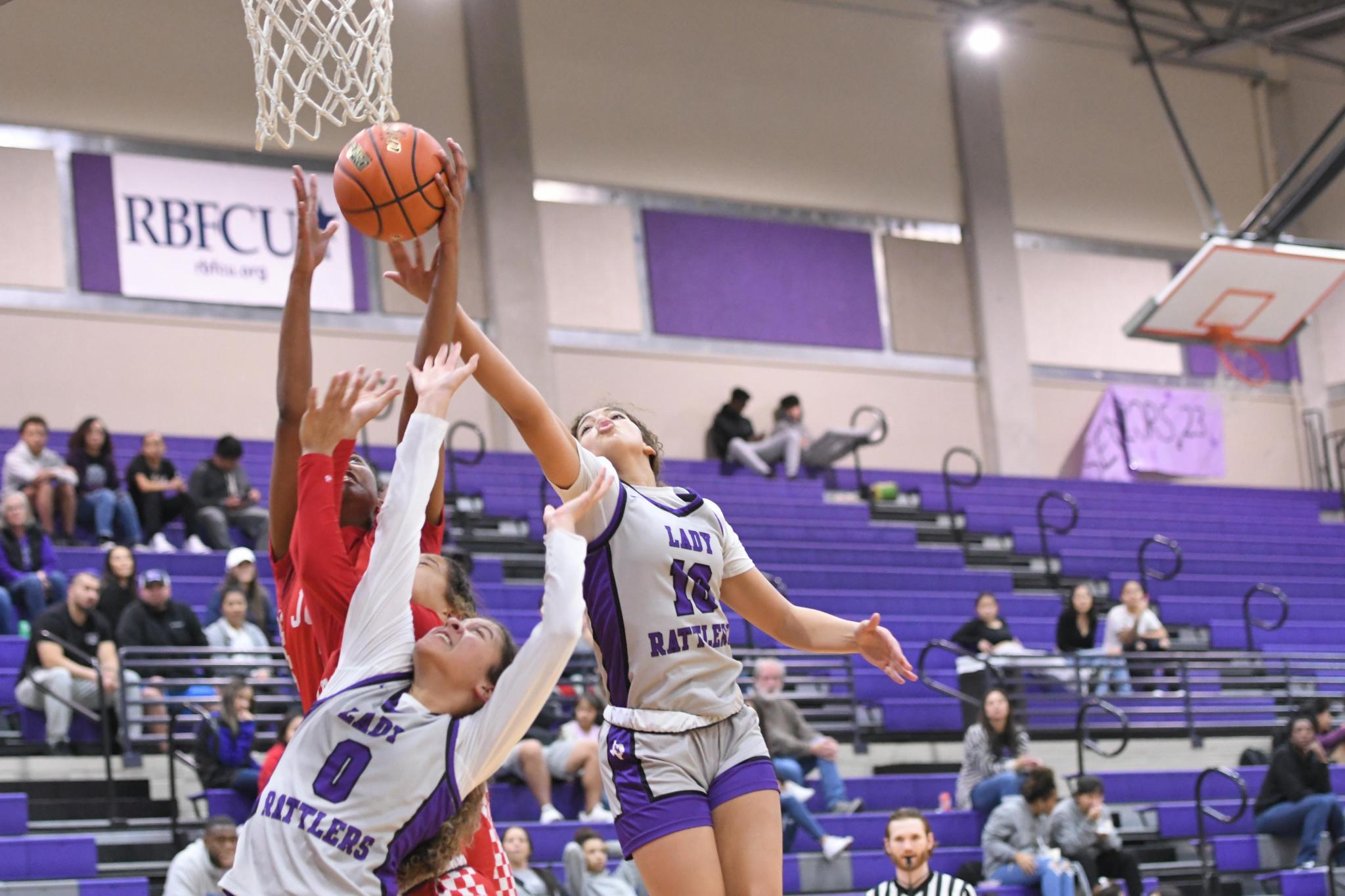 San Marcos is still searching for its first district win of the season as the Lady Rattlers fell to the Converse Judson Rockets in a 54-22 loss. Above, San Marcos freshman forward Melayna Perkins (No. 0) and sophomore forward Brooklynn Harris fight for a rebound against Judson on inside the “Snake Pit.” Below, freshman guard Azariah Fennell drives through the Rockets’ defense on Friday Daily Record photos by Gerald Castillo

San Marcos is still searching for its first district win of the season as the Lady Rattlers fell to the Converse Judson Rockets in a 54-22 loss.

Head coach Jermaine Ervin’s team was dealing with some key injuries to both senior leaders Amiya Moore and Saylor Upshaw. The Lady Rattlers missed the senior duo during Friday’s game against the Rockets, especially when it comes to their leadership skills.

“Amiya Moore is very important to us,” Ervin said. “With a group composed of freshmen and sophomores, that senior leadership really embodies what our team is made of. She affected the program from the varsity level to the freshman level. Everybody respects her and she gives them words of wisdom and encouragement. So to not have your backbone is tough. We have that next girl mentality but there is no next Amiya Moore. Then on top of that, Saylor Upshaw was dealing with some knee issues from the Steele game. As you could see, she couldn’t quite get that lift up.”

Along with the injuries and a long road trip, the energy of the team couldn’t compare to last Tuesday night.

“Just seeing that, our energy from the game and the bench was just flat,” Ervin said. “[We] felt that and that’s not the energy we played with against Steele. I think we have had so many road games that it’s foreign just being home.”

But that wasn’t the only factor as the young core of players had trouble with the Rockets physicality.

“They were being physical with us,” Ervin said. “They were physical on and off the ball. It was a lot of just bodying and always in touch with us. With such a young group and our primary ball handler being a sophomore, that tightness affected their ball handling skills and how they could slide through places…that led [Judson] to just be free and start hitting shots.”

However, despite the negatives in the game, Ervin came away with some positives.

“We had three freshmen and two sophomores early in the game,” Ervin said. “I called a timeout and told them this is what the future looks like. Go out there and embrace it. I know we are out of position and not playing with everyone but this is what it’s going to look like in the future so go out there and play.” 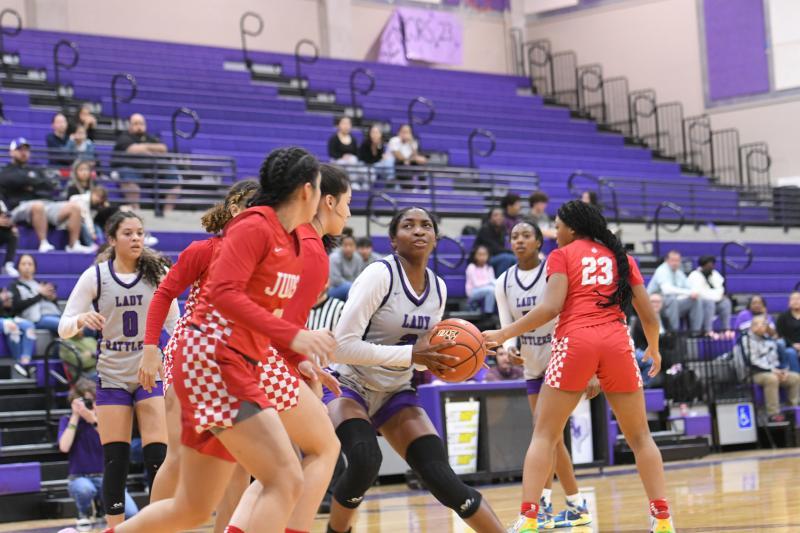 After the loss, Ervin used both boys basketball team members Kaden Gumbs and Malik Presley as examples of where the young group of players can be in the future.

“I told them after the game I was here when Kaden Gumbs and Malik Presley were all freshmen,” Ervin said. “They were out there trying to figure it out and the struggles they went through during their freshman and sophomore years. They came to an epiphany during their juniors and now look at what they are doing in their senior years. Y’all (Lady Rattlers) are on the same track so go out there in play. Go out there in the fire, trust your training, and trust in yourself.”

San Marcos returns to play Tuesday on the road against rival New Braunfels at 7 p.m.