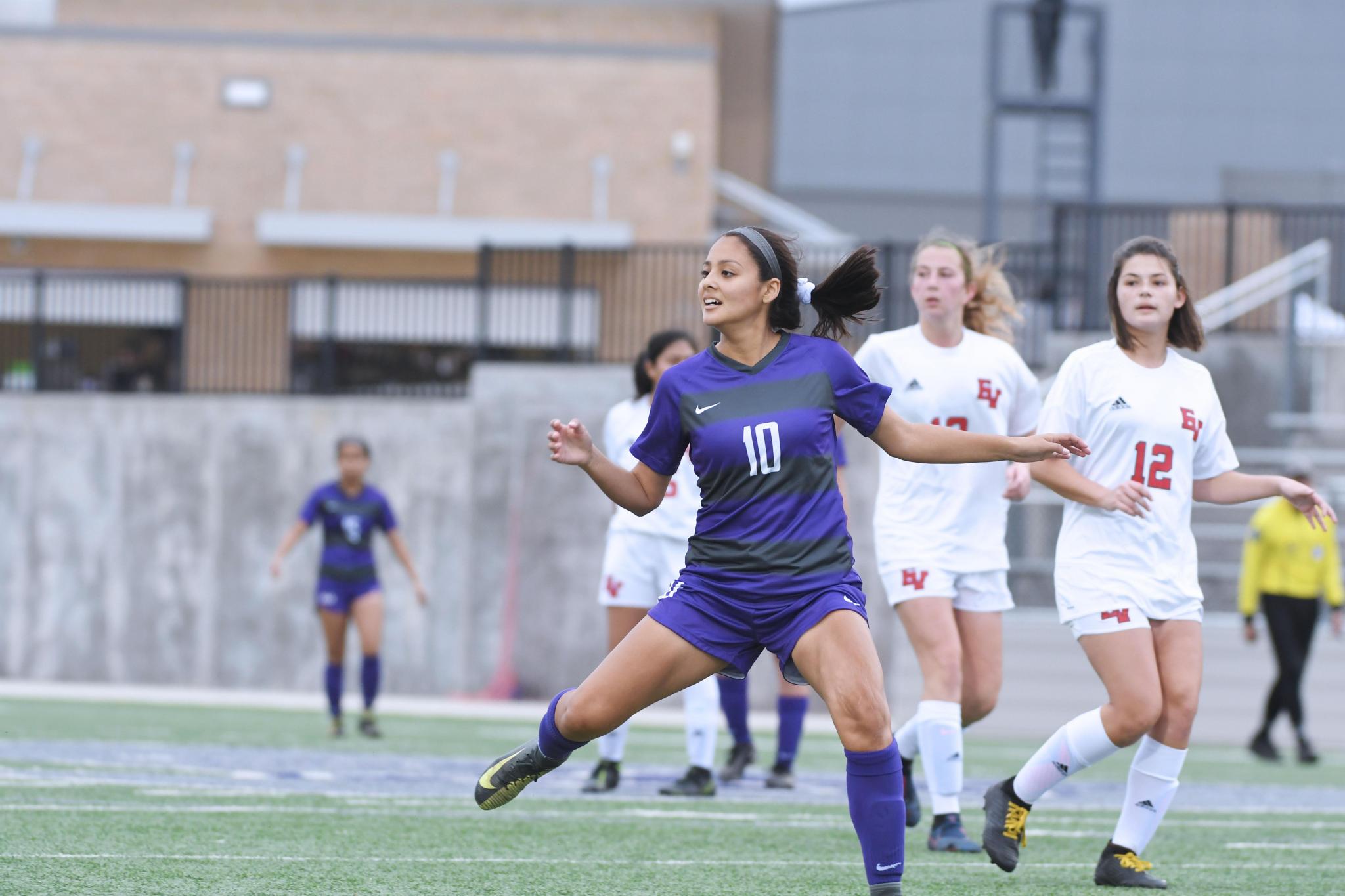 Always be ready for your opportunity.

Freshman goalie Caitlin Tims had some big shoes to fill as the starting goalie for the Lady Rattlers was sidelined this weekend with the flu. The goalkeeper played a pivotal role in the final game of the Rattler Round-Up tournament with nine saves on San Marcos’ way to shutting out Pflugerville Connally, 1-0, and picking up back-to-back wins for the first time this season.

Connally did an excellent job finding a way to keep the ball in its possession for most of the game, which allowed the team to get multiple looks at the net. But Tims was prepared to stop anything that came her way. With 21:33 sitting on the clock, the visitors’ senior outside attacker Aria Whitney shook loose, utilizing her left leg for a shot but the freshman dove from one side of the goal to the other, blocking the ball.

At this point, the Lady Cougars had already gotten five shot opportunities but Tims’ focus throughout the game never waned.

“I was kind of surprised at how many times the ball just kept coming but, I don’t know, after you keep training and training for this you kinda just get used to it,” Tims said.

Defensively, the Lady Rattlers continued to hold up. Just when Connally had one of its best looks of the day, Tims came sliding in on her knees like a rockstar, preventing the guests from any chance they had of scoring a goal.

The hosts added some offense to the game in the second half. At the 8:55 mark, junior forward Izabella Olivo got minimal separation from the defense but was contested immediately before getting a chance at a clean look at the net. Less than a minute later the forward was back at it again, only this time the visitors’ goalie took a risk by stepping out the box and Olivo capitalized by maintaining her balance around the stumbling player and scored the lone goal of the match for San Marcos in the win.

“I was thinking that we needed another good win on our record,” Olivo said. “I had missed many goals last game and I wanted to get at least one goal for myself. So I just took it and didn’t worry about who I ran over to get the goal. I just did what I needed to do.”

San Marcos (4-1-3) grabbed consecutive wins to close out the tournament as they prepare for a road test with neighboring city’s Austin Lanier at 7:15 p.m. on Monday. Each of the team’s four victories have been by the result of a shutout. The Lady Rattlers are a flawless 4-0 when they achieve this feat.