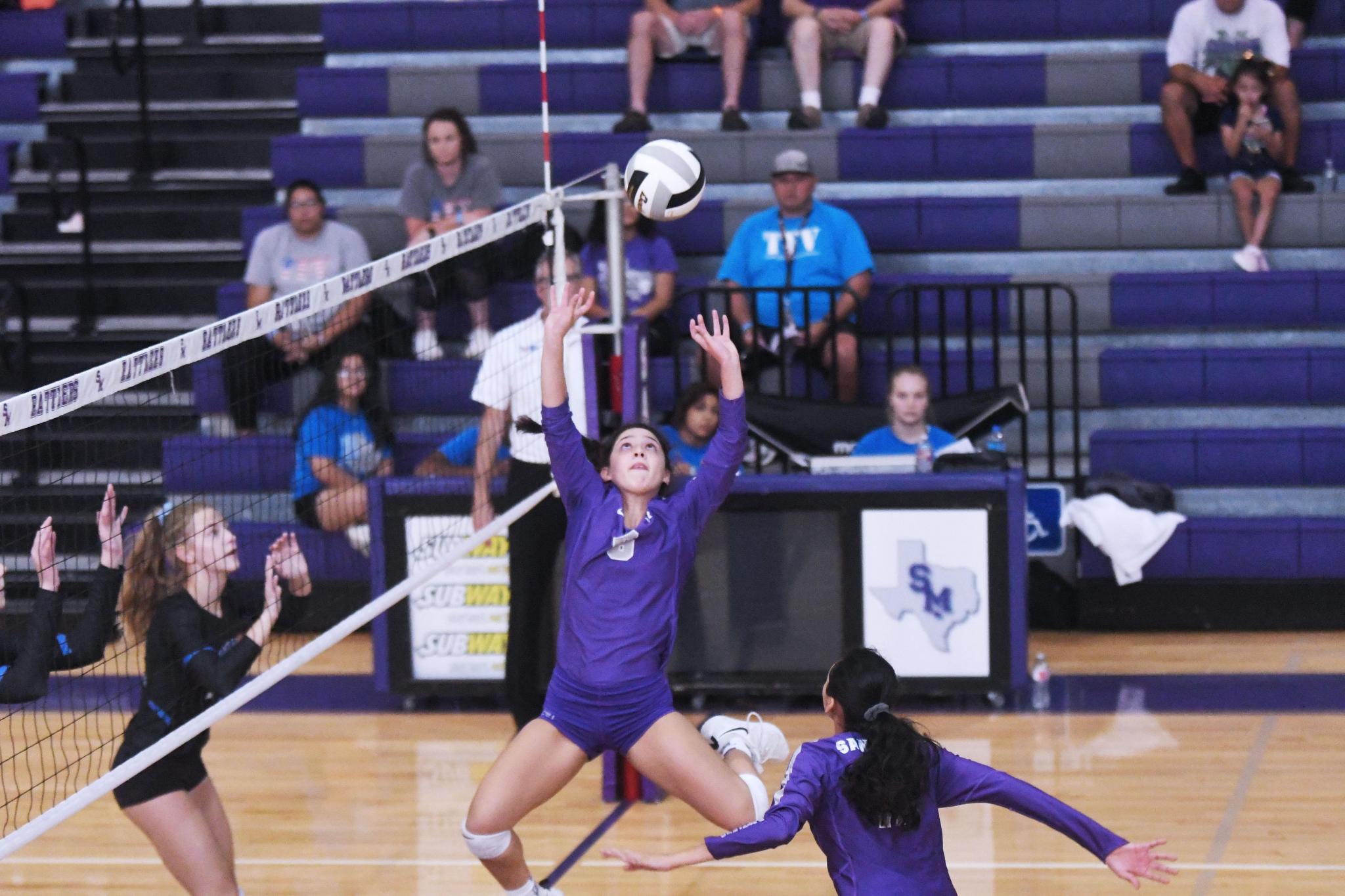 San Marcos hosted the Ragin’ Rattler Tournament over the weekend, competing against teams from all over the state looking to gain momentum heading back into the school year. The Lady Rattlers went on to finish the weekend with a 1-4 record while learning more about themselves as a team.

After falling short in each game on Thursday, the hosts came into Saturday’s matchups with new life.

The team traveled to Miller Middle School in order to finish up what they began to build earlier in the week. San Marcos opened up day two of tournament play sweeping its first matchup against Bastrop in dominant fashion, 25-21 and 25-20. The Lady Rattlers advanced to the Copper Division semi-finals against up-the-road foe Akins. Despite coming out hot and winning set one of the match, 25-13, San Marcos dropped the final two sets of the day, 25-20 and 25-15, ending their championship aspirations in a 2-1 loss to the Lady Eagles.

Layla Diaz paced the team this weekend with 31 kills throughout five matches. The junior outside hitter added another double-digit kill game to her stat line, her sixth of the season. Senior outside hitter Jordan Helbig followed closely with 29 kills on the weekend, each one coming in clutch moments for the Lady Rattlers. Freshman Liana Guerra tied her career-high in kills against Akins with five. Junior setter Julia Antu had a spectacular week, finishing with double-digit assists in all but one tournament play match. Libero Julia Gutierrez continued to be a digging machine, as she’s totaled 396 digs this year.

Although the Lady Rattlers didn’t have their most prestigious weekend, head coach Michelle Moreno would rather  see her team run into these problems sooner than later. San Marcos used the tournament as a chance to learn each other's tendencies and strengths so that they’ll be ready to go by district play.

“(We wanted) a lot of competitive play so that we can go through these experiences and know-how to handle them when the district comes in,” Moreno said. “There’s a lot in tournament play that we learn about ourselves and I think that is going to prepare us for the district.”

San Marcos now holds a 11-15 record on the season. The Lady Rattlers will be back in action at 6 p.m. on Tuesday when they host the Kyle Lehman Lady Lobos (2-3) inside the Snake Pit.