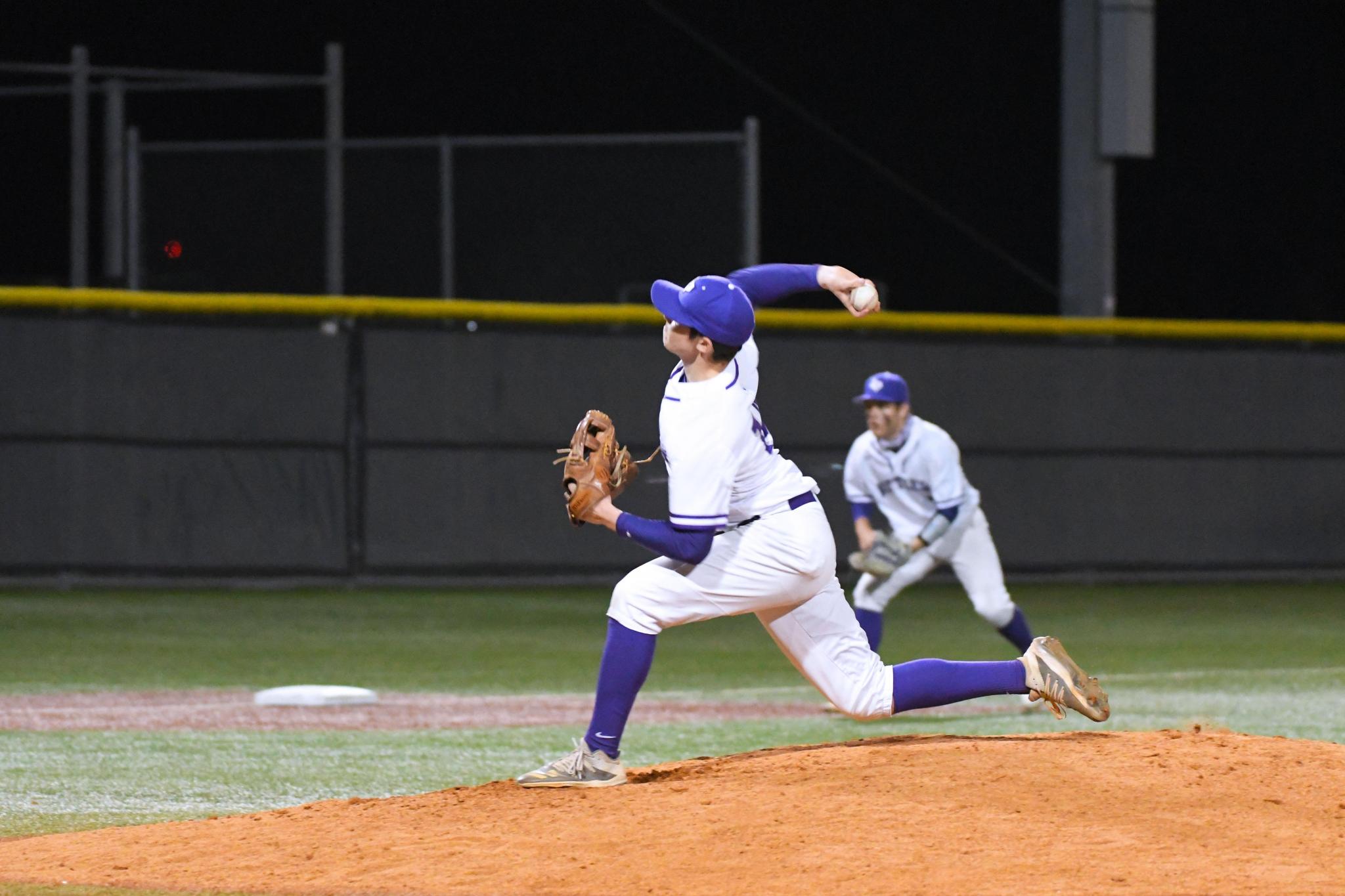 The last 11 games between San Marcos and Cibolo Steele are like snail racing. It's slow, has its moments where it looks like one might pull away, but never does.

In each of the last 11 meetings between the two teams, the game has been decided by two or less runs. Every time they meet on the field it’s sure to be a nail-biter until the end and in the first game of San Marcos’ tournament, the teams shared a 5-5 tie to start the day due to time constraints.

The string of close games has continued.

“Their kids look very similar to our guys. You know, they’re big, bulky kids that play the game hard … we play the game hard and we look very similar, we play similar, we're 20 miles apart, same type of parents. I mean, it's a matchup where we look like twins on the field. It’s been a blast, I always love playing them,” head coach Bryan Webb said. “It’s very intense and very fun but we were in district play last year, two years ago we had two tough games. So, yeah, it's a good matchup to see where you are and I told these guys when we came out today, ‘You gotta play all seven innings against a team like this.’ And we found a way a couple times to shoot ourselves in the foot but again, we battled back and found a way with two outs to get that run.”

San Marcos (9-1-2) was able to get its first two batters on base by walk. Both senior and freshman Kannon and Kutter Gage Webb scored self-inflicted errors by the Knight defense. Meanwhile, pitcher Johnny Pardo dealt three strikeouts to start the game and got himself out of a bases-loaded jam, holding Steele scoreless through two innings with five runners left on base.

Eventually, Steele (5-5-2) got its bats going in the top of the third. All three of their runs came by RBI sacrifice flies to centerfield allowing them to tag up and score runs. The third time gave them their first lead of the night in the top of the fourth, 3-2. At the time, San Marcos had yet to connect on a hit but freshman infielder Reagan Chomel singled to left field, ending the drought. They were guilty leaving runners on base now.

With time running short, the Rattlers had to rally and made it happen with a chain of walks by the Knights, tying the score up at 5-5. They had a chance to end the game with the bases loaded but a pop up effectively ended the game at the bottom of the sixth.

“I could probably go back further than that, because we've been playing for 15 years. (Head coach David) Smith and I have had battle after battle after battle and those teams look similar. They play similarly. They both play hard,” Webb said. “They played better than us, we played average. That probably wasn't our best game as far as the mental approaches today and we still found a way to come out at least there with a tie and we're proud of the guys where they battled but I had to refocus them right here and get them ready the rest of the tournament.”

Directly after facing the Knights, San Marcos got off to another quick start scoring four runs in the first inning and making a quick 7-3 win out of Pflugerville Hendrickson, who couldn’t fight back from San Marcos’ lead. The Rattlers haven’t lost a game since Feb. 26 and are grasping a seven-game win streak.

San Marcos will continue to prepare for its first district series against Lake Travis next week but have a few kinks they want to fix before that.

“We’re trying to get better, to get ourselves into the playoffs and we've still got some questions we gotta answer. We know who we got next week, we know what's coming up. We've got this tournament to still figure out a couple of questions,” Webb said. “This is a marathon not a sprint. There’s no excuse being young anymore, our kids have played 12 varsity ball games now. We just gotta find that lineup and get that lineup to really click and we're real close.”

The Rattlers played another doubleheader on Friday against Seguin (5-7) and Antonian Prep (11-3) at 2 and 7 p.m., respectively.