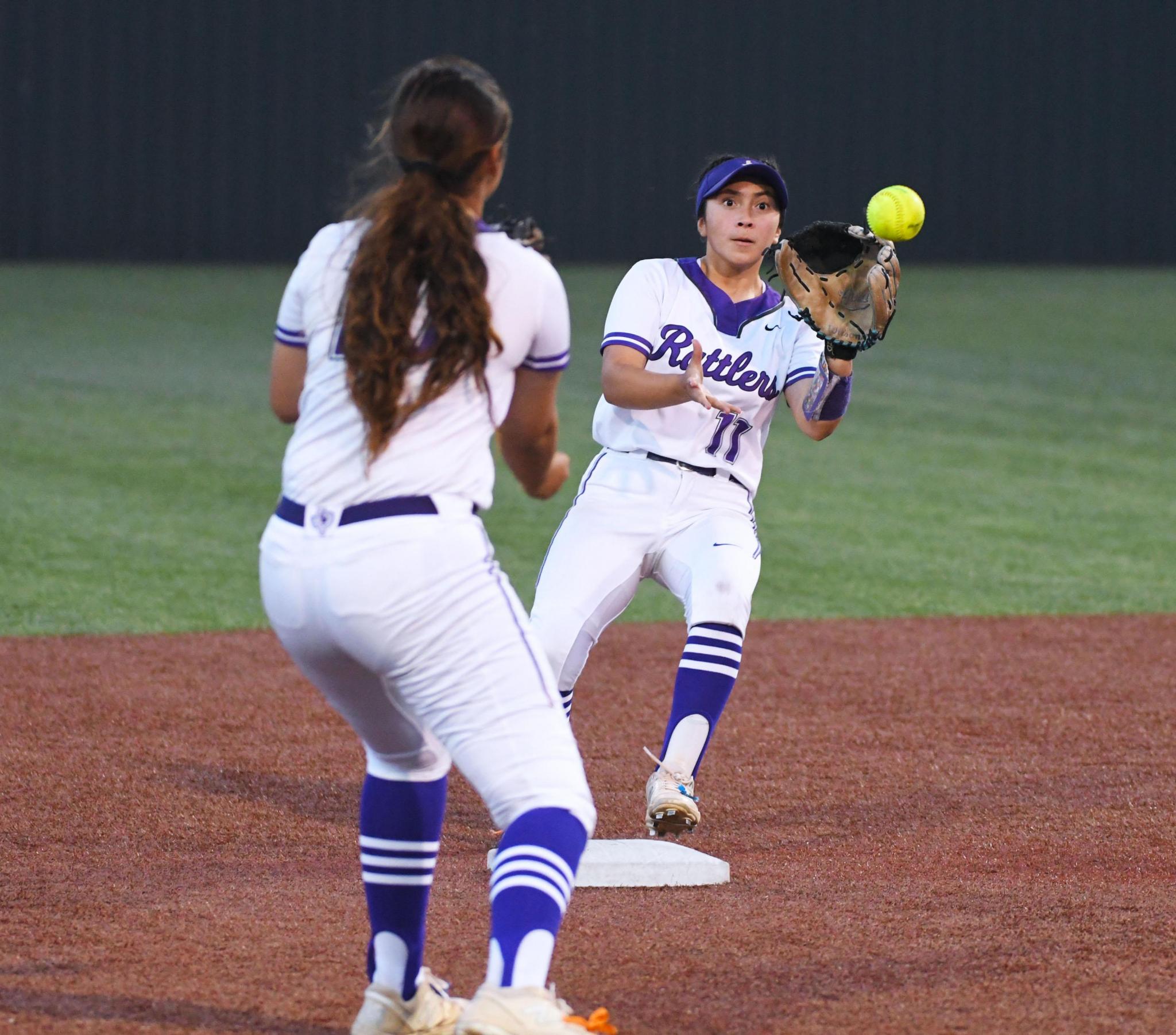 San Marcos faces off with Round Rock in playoffs

From one challenge to another is San Marcos’ agenda.

The Lady Rattlers struggled to defeat District 26-6A opponent Austin Akins over the last few years, going 0-3 versus the Lady Eagles in the last two seasons. But last Friday, San Marcos overcame what seemed like its kryptonite, beating Akins 12-3 to clinch its first playoff berth in four years.

San Marcos (12-17, 6-8 district) put together an impressive end-of-the-season run to squeeze into the UIL state playoffs as a No. 4 seed from the district. They collected wins in two of their last three games and have averaged 6.5 runs over their last four — three of which were on the road. However, the Lady Rattlers have their hands full with No. 1 seed Round Rock (20-7, 13-1 District 25-6A) in the first round.

Head coach Cathy Stoughton felt the gauntlet during the regular season prepared them as the underdogs on Friday.

“Going in as a (No. 4 seed) is OK with us,” Stoughton said. “We felt our district provided good competition every night, so we are ready. I think being the lower seed puts less pressure on us.”

The Lady Dragons only dropped one game in district play and are averaging 10 runs per game over their last four with wins in three of those matchups. They also have been able to shut down a lot of opponents on the defensive side of the ball, recording 10 shutout performances this season.

“Round Rock has a really good pitcher, and they are a solid team,” Stoughton said about her first-round opponent. “Their district is a tough one like ours, so this is where having good district competition will benefit us.”

San Marcos’ batters will have to find a way to generate runs if they want to hang close with their opponent and where they’re playing might play a role in the final result.

Playing at a neutral site slightly favors the visiting Lady Rattlers, as they sport a 6-6 record as opposed to the Lady Dragons, who are under .500 in this type of setting with a 4-5 record on the year.

San Marcos and Round Rock are set for a first-round, single-game matchup at Wimberley, with the first pitch set to be thrown at 7 p.m on Friday.

“We are playing a single game, so the energy will be high, as well as the intensity,” Stoughton said. “Single games being winner-take-all always come with an intense atmosphere.”