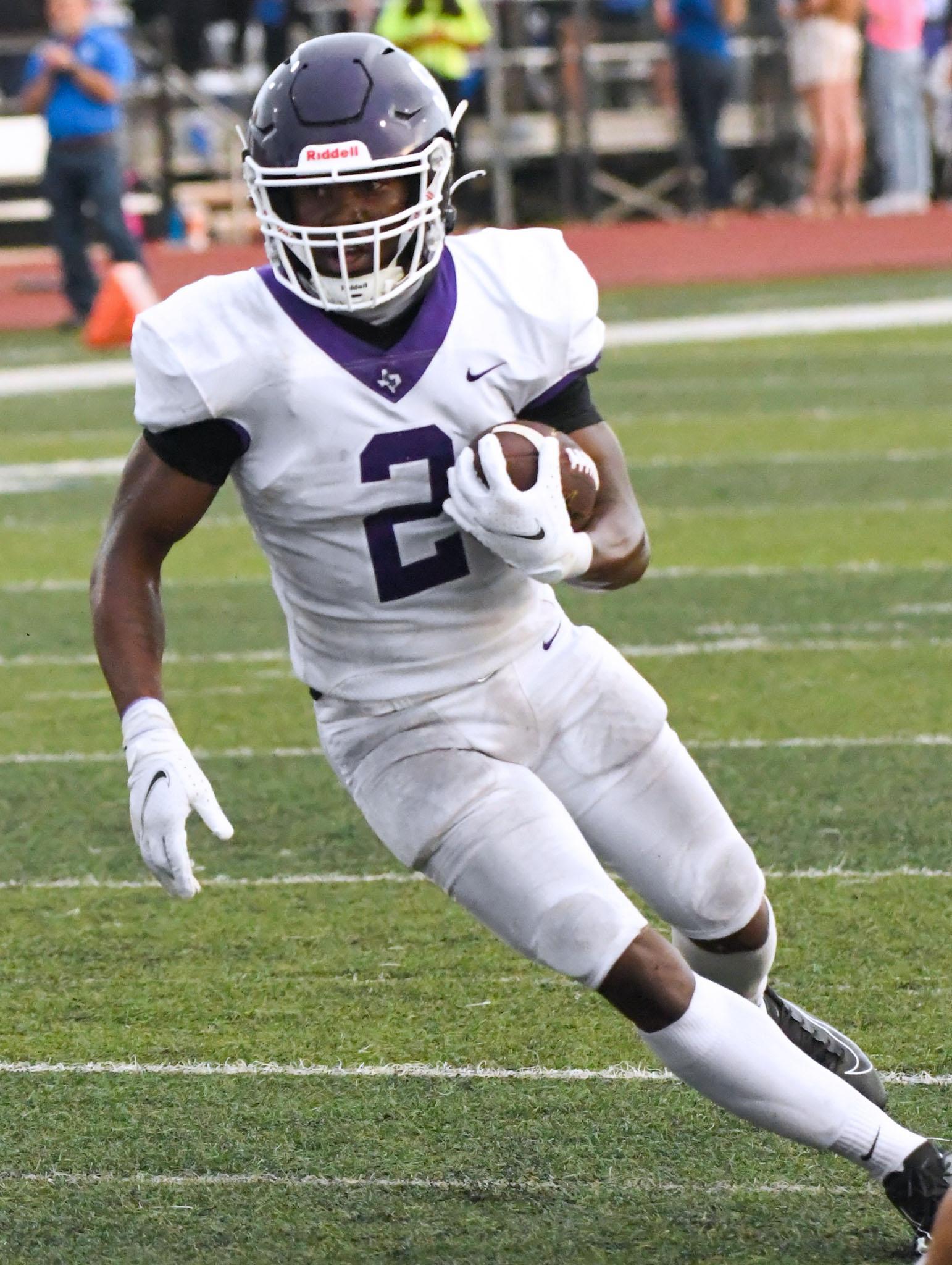 San Marcos is looking at itself in the mirror this week heading into its matchup against San Antonio East Central (2-0).

This week’s game between the schools will depict two similar styles of offense. Both San Marcos and East Central effectively use the run-pass option (RPO) to get their running backs in space. Defensive coordinator Kurtis Kloiber explained what makes the Hornets’ offense work.

“They’re gonna find somebody to read, so that means they don't get to block him. When they don't get to block him, they gotta read him, they can take the rest of the guys to block your other ones,” Kloiber said. “So they're usually going to get one of your best players and unblock him and then make him make a decision whether he's right or wrong. So it's difficult to gameplan.”

The Rattler defense has struggled defending big passes this season, giving up at least two 30-yard passing touchdowns to each of their first two opponents. East Central senior quarterback Caden Bosanko presents an even tougher challenger for the Rattlers this week, though most of his damage is done on the ground, like his 9-yard touchdown run against San Antonio Roosevelt or his 17-yard scramble in the season opener against New Braunfels Canyon.

It will be up to San Marcos’ defense to get timely stops if it wants a chance to grab a win at home. Granted, the unit has fought through injuries, but the defense has given up 42 points per game and faces what might be its toughest offensive challenge this year. For the coaching staff, seeing the scheme the Hornets run reminds them of the ones they saw back at Denton Guyer. It also reminds them of an offense they see every day.

“Because I've been with (head coach John) Walsh for so long and I've had to defend him in the spring, as soon as I see it on video, my wheels start turning and I start generating that game plan because we've had to have those game plans through the spring. Where we came from, the Metroplex, everything's a copycat league. So if you've been successful, people are putting in those same types of schemes offensively. So when we went to see the teams we were in the districts in the DFW, they were doing the same thing,” Kloiber said. “We have experience in it, and I think we’ve got a good plan for it but I don't think anytime they're gonna try to not block your best player and make him read it. It really comes down to that person being disciplined and that's what we're working through this week.”

Injuries still loom over the purple and white.  On offense, the Rattlers will be without running back Kanui Guidry for an extended period of time (four to six weeks) with an injury to his right leg. Junior quarterback Isaiah DeLeon is still dealing with swelling on his non-throwing wrist from last week in which he sat out the whole second half against San Antonio Holmes. He is questionable for the game on Friday.

Meanwhile, San Marcos (0-2) returns a couple of its offensive weapons including senior receiver Jamil Gordon and junior running back Jaidyn Brown and look to build off of career performances from sophomores Kutter Gage Webb and Tony Diaz. Diaz is coming off of a 5-catch, 165-yard, two-touchdown performance after being called up from junior varsity. Now he’s an intricate part of the offense.

“I mean, I was working all summer, I wanted to be on varsity playing JV games, doing JV practice and playing the games with them was just like a tryout for varsity,” Diaz said. “I was just grinding my tail off to get up here so I can make a difference.”

San Marcos is playing for more than its first win on Friday night inside San Marcos Toyota Rattler Stadium. The Rattlers are looking to make a change around the community.

Kickoff is set for 7:30 p.m between the Rattlers and Hornets.